When Barcelona tumbled out of the UEFA Champions League at the semi-final stage last May—in an embarrassing 4-0 second-leg defeat against Liverpool at Anfield after leading 3-0 from the first—they were overrun in midfield.

The difference in the teams' age profile was notable—Barcelona's side averaged 29.5 years of age, while Liverpool's stood at 26.

Barca need fresh legs, but where they will source them from is a contentious debate among the club's supporters.

Of the 14 players Barcelona used in the season-defining defeat to Liverpool, Sergi Roberto was the most recent graduate to come from the club's youth academy ranks, but he made his Barca debut in 2010.

It seems the production line at La Masia—the club's vaunted youth academy that gave us the golden generation of Lionel Messi, Xavi, Andres Iniesta and Co.—has dried up.

"For a club like Barcelona, you need to be a huge talent to play for its first team. It's not always easy to find players from the youth academy with that talent who are able to adapt to the pressure at a big club and to perform at that high level for several seasons," says Damia, a former Barcelona player who is now coaching Catalonia's under-18 team.

"Also, lately, when young players get to 16 years of age, there is a new market in Europe where big clubs from outside Spain are picking up talented players from clubs like Barcelona. So players have left like Eric Garcia (Manchester City, 2017), Jordi Mboula (Monaco, 2017) and Sergio Gomez (Borussia Dortmund, 2018). 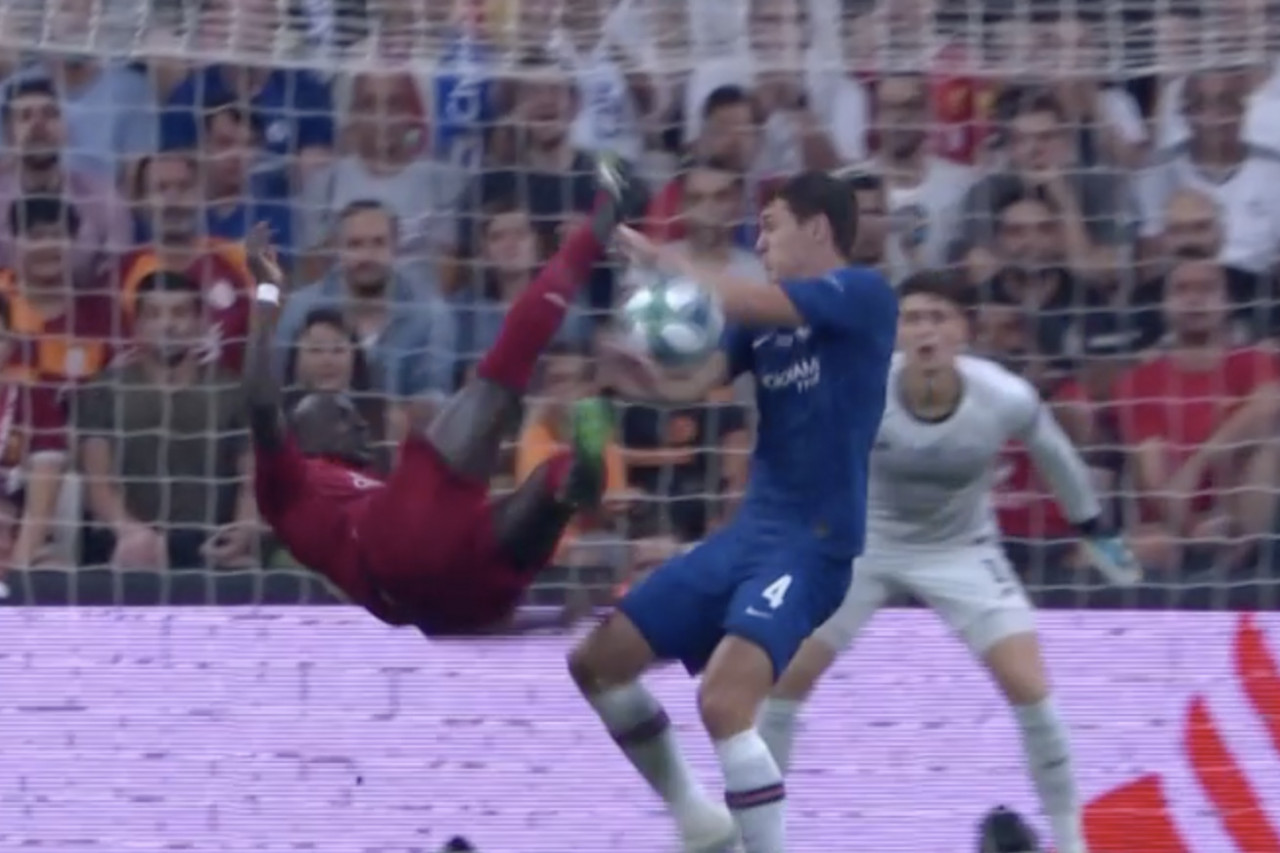 "It's not easy to keep them because it's so expensive, and they are being given opportunities to play for a first team elsewhere. You can bet on some young players, but you can't bet on all of them."

The gamble Europe's biggest clubs are making on these young players is eye-watering. Paris Saint-Germain lifted one of Barcelona's upcoming talents in late July in signing Xavi Simons—the shaggy-haired, 16-year-old midfielder who captained the club's Cadet A team last season.

The Parisian club will reportedly pay the youngster, who is represented by Mino Raiola, €1 million a season, per Mundo Deportivo's Angel Perez—even though it's argued there are better players from his peer group at Barca, including Marc Casado, Jorge Alastuey and Txus Alba, and they're several rungs down the ladder from the club's first team.

Barcelona are producing good young players, and they won the UEFA Youth League in 2014 and 2018. In the 2014 final, they defeated a Benfica side featuring the gifted Goncalo Guedes 3-0, but Barca failed to harvest any players for the first team from that generation with the exception of Munir—who scored 11 goals during that victorious campaign but was sold to Sevilla in the last winter transfer window.

Barca defeated Chelsea in the 2018 final with several players who helped Spain win the UEFA European Under-19 Championship on July 27.

Five of them played in the final against Portugal, including Juan Miranda, who scored two goals in the tournament from his left-back position. He's unlikely to make Barca's first-team squad next season even though he has been playing for the club's reserve team, Barcelona B, for the last couple of seasons.

"In principle, there isn't enough confidence in players under 19 coming through at the club," says Oscar Hernandez, who worked as a coach with Barcelona's youth academy from 2007 until 2017. "There's a blockage at Barca B. If you analyse the situation over the last few years—with the club's different technical secretaries, and with the trainers of the first team—they have preferred new signings from outside of Barca B than players who are in 'formation,' those who come from the "cantera" (youth academy). On top of that, none of those players who were signed for the second team have made it to the first team."

Grimaldo languished in Barca B for several seasons, but he couldn't see a way forward at the club and signed for Benfica in the 2015 winter transfer window. He nailed down a starting place at Benfica and has gone on to win three Portuguese league titles. His current market value is €32 million, per TransferMarkt.

"Grimaldo was in La Masia for many, many years," says Hernandez. "Barcelona at the moment are looking for a left-back to support Jordi Alba—and the answer was in-house, Grimaldo. He has triumphed at Benfica. He's a clear example of not having the confidence to elevate a player who could perfectly function on Barcelona's first team."

There has been a large turnover of technical staff within Barcelona over the last few years. The club has had four sporting directors in four years—Andoni Zubizarreta, Robert Fernandez, Pep Segura, who was released from his contract by the club in the last week of July, and Eric Abidal. It has also chopped and changed its senior coaching posts within La Masia.

On July 25, Barcelona appointed Patrick Kluivert to head up the youth academy. It is a curious appointment.

He had a gilded playing career, he is still the youngest player to score in a European Cup final, and he spent six seasons at Barcelona. However, his academy and coaching career—which includes several assistant coaching jobs, most recently with Cameroon's national team, and a stint as Paris Saint-Germain's sporting director—is underwhelming.

"I don't think he is the right person [for the job]," says Jordi Quixano, a journalist with El Pais. "Patrick Kluivert as a player was very good, but he wasn't a role model as a professional. He wasn't a player who set an example for young players. He especially didn't have a sense of football as a chorus. As a centre forward, he didn't link well with other players or transmit those sensations.

"Also, the teams he has been involved with as a trainer didn't have this [Barcelona-type] identity. He probably has experience of great training—he played in some of the best clubs and he has competed in the best tournaments. If he is able to convert all that knowledge and he is able to adapt it to La Masia, then for sure he could be a great option, but I think it will be complicated."

Hernandez harbours similar doubts: "If it was me, I would go with a totally different profile. You need to be vocational to succeed in life. Kluivert doesn't have experience in youth academies—in any cantera.

"He was a sporting director, an assistant trainer. He has a lot of experience in football, in general, because he has been in different areas, but he has no experience of coaching youth academy football. I believe that the first-team trainer, and the technical secretaries, and the coordinators of Barcelona's youth academy, should be people appointed from in-house. People with experience of how things work within the club, with knowledge about the club and its football philosophy."

Despite a second successive knockout-round exit from the UEFA Champions League, following a quarter-final defeat to AS Roma in 2018, Ernesto Valverde has held on to his job as Barcelona's manager for another season.

The club are putting the final touches on the squad for next season. It remains to be seen how many La Masia graduates Valverde will include alongside Carles Alena, who broke into the first team last season and made the starting XI for six La Liga games. Alena failed, however, to make the cut for Spain's squad that won another UEFA European Under-21 Championship in June.

"People have been criticising Valverde a lot for not giving opportunities to the younger players coming through, but how many young players is he supposed to give opportunities to?" says Quixano. "In Spain's under-21 team, we didn't have any Barca players. Valverde hasn't many obvious young players to blood.

"At the weekend in Japan, Carles Perez scored two goals for Barcelona's first team. In his category, he has played very well, as has Riqui Puig, who is probably a player the first team should be calling on. He's a different kind of player. Should Miranda be given opportunities to fill that vacant left-back position? It's not easy for Valverde to promote so many players—more so when Barcelona knows that it has to win every game."

Hernandez believes it's possible that Barcelona could once again field a first team stocked with La Masia graduates, but it would require a major structural overhaul within the club—at board level and with its coaching setup and philosophy.

Damia adds that it's a generational thing—great crops of players only come along once a generation—but he sees some green shoots sprouting: "The pressure to win wasn't as great at Barcelona years ago. Now, because of our extraordinary recent past, there is an obligation to win at least one big title every season, but I'm pretty sure in two or three years, it will be different at the club than now.

"Ilaix Moriba is a very good player. He has just signed a new, huge contract. Already at 16 years of age, he has been playing for the under-19s in the UEFA Youth League. Barcelona has really made a bet on him, as well as it has on Ansu Fati. They are two players who the club believe will be the future.

"I think Riqui Puig is going to make the first team by the end of the season. He's going to get an important role at Barca in the next few years. As well as Alena. Those four, and many others probably, will be the club's next generation of talent to come through for the first team. Hopefully there will be good times again." 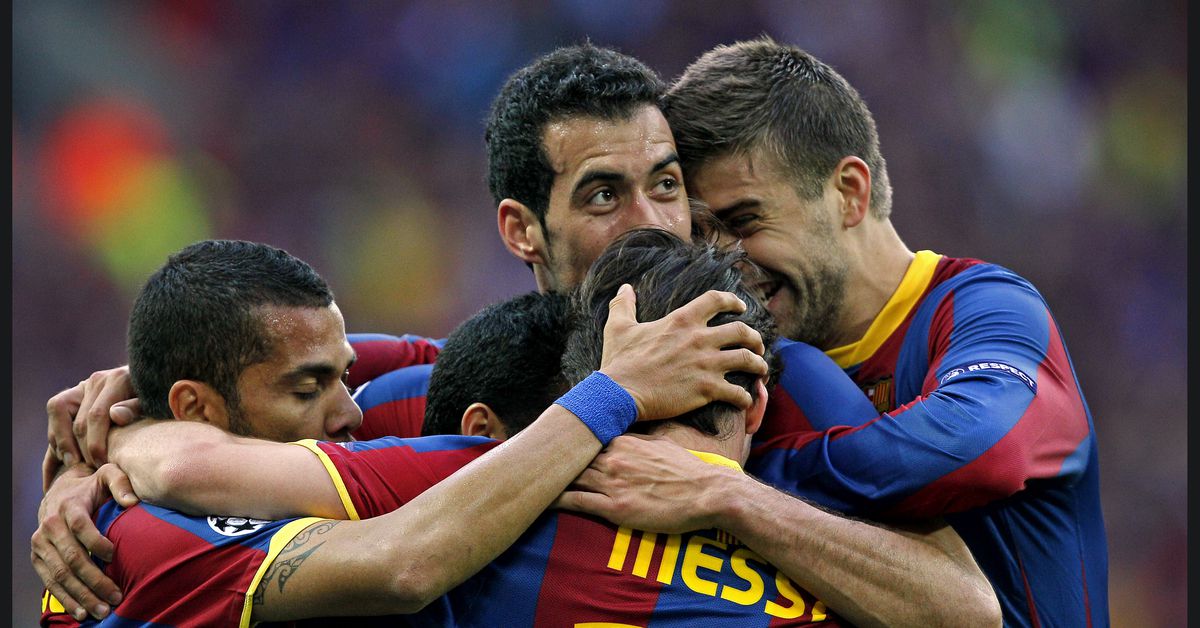 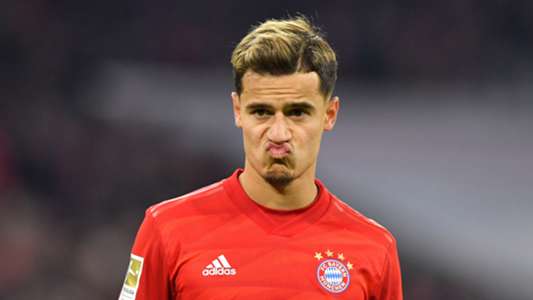 'Not a Good Day for Football' 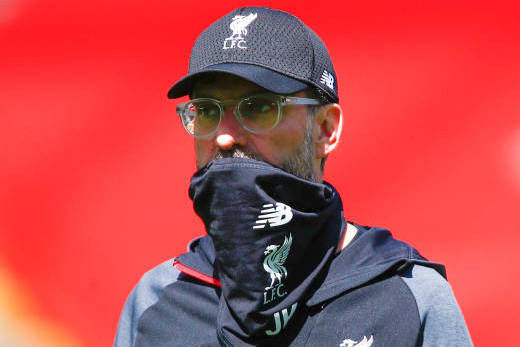 'Not a Good Day for Football'

Dybala to Be 'Face' and Future Captain of Juventus 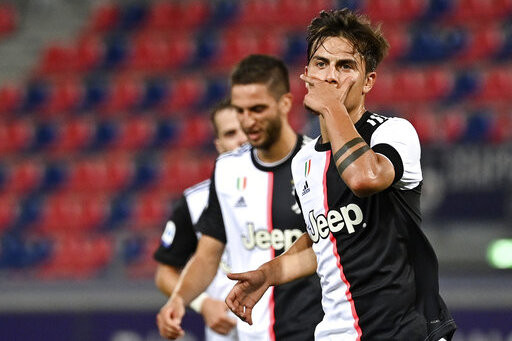 Dybala to Be 'Face' and Future Captain of Juventus