The rivalry between Manchester United and Liverpool has kicked off early in 2019-20 pre-season, as the Red Devils were trolled during a training session in Perth, Australia, when a banner reminding them of the Reds' European success flew over the pitch.

James Ducker of the Telegraph shared this photo of the banner, adding 12,000 fans watched on as it flew over:

A Liverpool fan having some fun at United’s expense ... flying a banner boasting about Liverpool’s six European Cup wins over open training session United holding for 12,000 fans at the Waca in Perth https://t.co/p2t01s01Aa

One fan shared video of the plane flying past:

this thing have been circling around the stadium where manchester united is having their training session on 😂 https://t.co/CUZwKa2e3M

The Reds added their sixth European title last season, beating Tottenham Hotspur 2-0 in the final of the UEFA Champions League.

Here are the highlights from that match:

The Reds also finished in second place in the Premier League, just a single point behind champions Manchester City and miles ahead of United. The Red Devils took home sixth place, 31 points behind their rivals.

United are in Australia to prepare for two matches, with the first coming against local side Perth Glory on Saturday. They'll then face Leeds United on Wednesday before traveling to Singapore and China to continue their pre-season.

Ighalo Can Restore His Status with Big Europa League 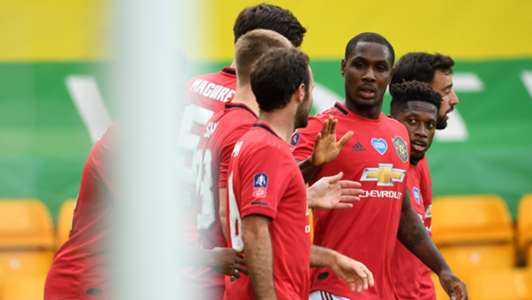 Ighalo Can Restore His Status with Big Europa League