Everyone knows that Tom Brady is important. So important that it's hardly worth talking about.

So are Drew Brees, Aaron Rodgers and the other veteran franchise quarterbacks. So are big-name/big-play/big-mood receivers like Antonio Brown, Odell Beckham Jr., elite pass-rushers like Von Miller and Aaron Donald, and so forth.

This list of the NFL's most pivotal players for 2019 isn't meant to overlook these superstars. Instead, it looks past them to those whose impact and production aren't such a sure thing: the new faces in new places, youngsters taking on bigger roles, guys returning from injuries, etc.

These are players with a whole lot riding on them—money, draft capital, expectations and pressure, etc.—who have the potential to propel their teams to the next level if they come through. The fate of the entire league, not to mention the fates of some of those too-obvious-to-mention superstars, hinges on what the following individuals do over the next eight months. 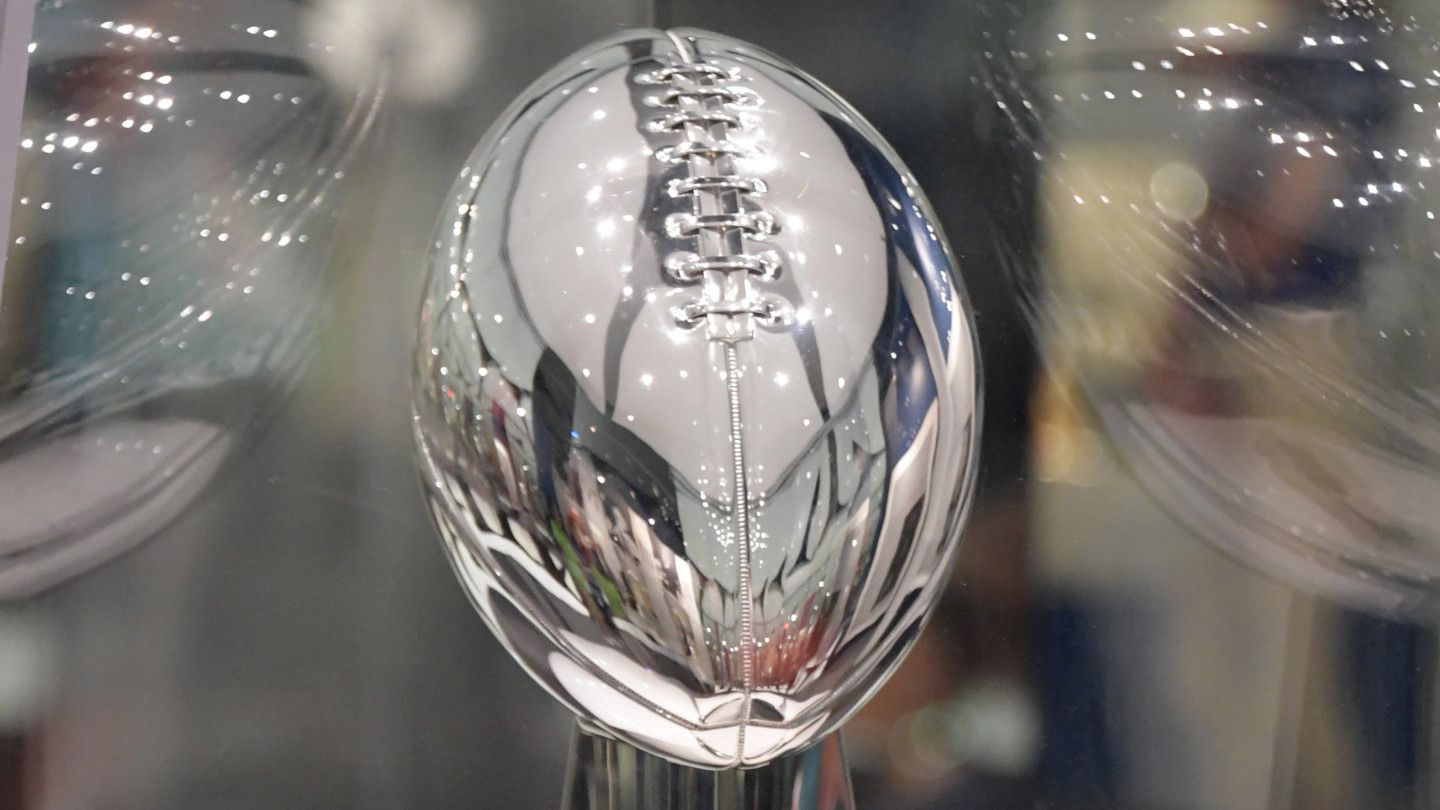 There were times last year when the Eagles wide receiver corps consisted of Nelson Agholor (a slot guy), Jordan Matthews (a less effective slot guy) and Kamar Aiken (no idea). Even when Alshon Jeffery returned from injury and Golden Tate (yet another slot guy) arrived via trade, the Eagles offense lacked a credible deep threat, allowing defenders to squat on all of those short passes into the flats.

Jackson earned rave reviews (per The Athletic's Sheil Kapadia) in his return to Philly this offseason: He looked as fast as ever, and he was reportedly dialed in with Carson Wentz. After leading the NFL in yards per catch (18.9) for the third time in five years in 2018, it's clear that even at the age of 32, Jackson still has wheels.

A couple of Jackson bombs are all the talent-laden Eagles need to make another Super Bowl push—and help Wentz justify his new $128 million extension with an MVP-caliber campaign.

The Panthers offseason looked a little underwhelming before they signed McCoy. They lost veterans like Julius Peppers, Thomas Davis and Ryan Kalil, added some free agents that don't exactly move the needle and have had trouble even signing their draft picks.

But sometimes the best roster move is the one a team makes after all the offseason grades have been handed out.

McCoy, a six-time Pro Bowler the cap-strapped Buccaneers soured upon for reasons that don't appear to be totally financial, completes a three-man defensive front that also includes All-Pro Kawann Short and mammoth Dontari Poe. Add new arrival Bruce Irvin and rookie Brian Burns as edge-rushers (and, of course, Luke Kuechly in the middle), and the Panthers' all-new defense (which will incorporate more three-man fronts) could feature one of the strongest fronts in the league.

With Cam Newton rehabbing from shoulder surgery and his offensive line and receiver corps still piecemeal, the Panthers have a lot of work to do on offense. But if McCoy and the revamped defense keeps games close enough to give a healthy Newton a chance…well, we all know what could happen next.

When Kupp was healthy in the first half of 2018, the Rams had the third-best passing game in the NFL, per Football Outsiders. After Kupp tore his ACL, the Rams passing game dropped to 12th. And you saw how easy they were for the Patriots to shut down in the Super Bowl. Sean McVay's three-receiver system relies on Kupp's slot versatility, along with Brandin Cooks' explosiveness and Robert Woods' rugged possession skills, to fire on all cylinders.

Kupp only participated in jog-throughs and sideline work in OTAs. The Rams are targeting a Week 1 return. Then again, the Rams also claimed Todd Gurley was totally healthy in the playoffs last year.

The Rams cannot afford to rush Kupp, but if they're bluffing about his early-season availability, the NFC contenders represented on this list are sure to call it.

7. Kicker to Be Named Later, Bears

The fate of the entire NFC may rest on the feet of guys named Eddy Pineiro or Elliott Fry. Or on someone even more obscure.

Pineiro and Fry are the last kickers standing in the Bears' Bachelorette-style competition to find a replacement for Scourge of the Uprights Cody Parkey, whose partially blocked 43-yard miss in last year's playoffs dashed the team's Super Bowl dreams.

Judging from reports out of Bears camp, the competition—which featured as many as eight kickers at times—has had plenty of ups and downs.

The Bears must not just find a kicker in training camp but find faith in that kicker. The eight-kicker showdown suggests that Parkey's pachinko-doinks may still be rattling around in the team's consciousness.

If the Bears settle on a decent kicker, they are Super Bowl contenders. If they start going for 4th-and-10 from the 26-yard line with the score tied or changing kickers like they change sweat socks, they are in for a long, frustrating year.

As you may recall, the Saints were one blown call (and several subsequent blunders that everyone seems to have forgotten about) away from the Super Bowl last year. But with no first-round pick and a messy salary-cap situation, they made few significant offseason upgrades. They need Davenport—who was limited in OTAs due to foot surgery but attended Von Miller's Pass Rush Summit—to grow into the double-digit sack producer worthy of their investment in him. And it better happen fast, before Drew Brees starts to act his age and the Super Bowl window slams shut.

Frederick missed all of last season with Guillain-Barre syndrome, an autoimmune disorder that attacks the nervous system and causes muscle weakness. But Frederick was back at OTAs this offseason, and he told the Cowboys website that his return to the field was just like riding a bike again. "A very rusty bike," he joked.

Frederick shaking off the rust and getting back on the field is great news for anyone who likes to see our fellow humans triumph over scary illness. But it's also great news for the Cowboys, of course.

If Frederick returns to anchor the offensive line with fellow All-Pros Zack Martin and Tyron Smith, it doesn't matter if Jason Garrett's game plan looks like a kiddie menu or Dak Prescott is a little hesitant to pull the trigger. The Cowboys can just run the ball right down any opponent's windpipe, Prescott will have time to download cellphone updates in the pocket, and a return to the 13-3 glory of 2016 is possible.

Lockett was one of the most consistent receivers in the NFL in 2018: he caught 81 percent of his targeted passes, second in the league to the Saints' Michael Thomas, per Football Outsiders. He was also one of the league's most explosive players. According to the Football Outsiders database, he caught 18-of-24 "deep" passes (15-plus yards in the air) thrown his way for 610 yards and eight touchdowns, drawing six long pass interference penalties for good measure.

With Doug Baldwin retired and the huge/fast/inexperienced/straight-linish DK Metcalf replacing him, Lockett's role will increase this year. He'll be Russell Wilson's go-to guy instead of just the designated deep threat to Russell Wilson's go-to guy. And with Seahawks offensive coordinator Brian Schottenheimer committed to establishing and re-establishing the run, Seattle will need maximum bang from its deep-passing buck to prevent the offense from bogging down.

If Lockett can retain his rare combination of consistency and big-play capability in an expanded role, the Seahawks will be back in the playoff picture. If not, well, get ready for a little too much run, run, pass, punt.

The Vikings want to run the ball. That's a natural consequence to committing to Kirk Cousins as your quarterback.

The Vikings also need someone to step up and help them escape their playoff also-ran doldrums. That could be tricky because their roster is full of veterans playing at or near peak capacity and doesn't have significant new faces this year.

Cook has averaged an impressive 4.7 yards per rush in two seasons with the Vikings, but he missed much of 2017 with an ACL tear and part of 2018 with a hamstring injury. He also has been inconsistent, mixing big performances with too many Sundays when he rushes 10 times for 20 yards.

Cook said he was fully healthy this spring and finally able to "fly around and be Dalvin," per Chris Tomasson of the St. Paul Pioneer-Press. The Vikings will be looking for the guy they drafted in the second round who rushed for 4,464 yards and scored 48 touchdowns in three seasons at Florida State. If Dalvin is that Dalvin again, they can live with Kirk being the usual Kirk.

We couldn't get through a list of the NFL's most important players without including some quarterbacks. So let's hedge our bets by lumping all the second-year quarterbacks together. They all have the potential to be special, but they also all have questions to answer:

Sam Darnold's rookie season was a roller coaster, but it ended at a high point. You know what happens to roller coasters after they hit a high point, right? The new Adam Gase/Joe Douglas Jets brain trust, as well as additions like running back Le'Veon Bell, have turned up the intensity of the always-searing Big Apple limelight. Darnold must prove he can handle both Gase and increased expectations.

Lamar Jackson will run an option-heavy Ravens offense custom-tailored to his talents. If it works, it will make the Ravens dangerous again and likely spawn a dozen copycats and another option resurgence. If it doesn't, the old-school naysayers will be giddy.

Baker Mayfield, now paired with Odell Beckham on a Browns team with actual expectations, must build upon his exceptional rookie season—and prove he can tune out the distractions and tone down the Twitter beefs.

Josh Rosen is vying to prove the Cardinals and his critics wrong and jump-start a new era of Dolphins football.

Oh, and three of these super sophomores play in the AFC East. If any or all of them have breakout seasons, they could topple Patriots supremacy. Who or what could be more important than that?

Ramsey may be the NFL's best cornerback. He's due for a massive contract extension soon, and he plays for a team whose defense nearly dragged it to the Super Bowl in 2017. But the Jaguars seem to have soured on Ramsey, and their salary-cap situation for 2019 and 2020 looks like some deranged practical joke. So Ramsey could help new Jaguars quarterback Nick Foles work his magic and spark a quick Jaguars rebound, or he could be traded tomorrow, perhaps to a contender.

Think of the intriguing teams with money to burn right now (Raiders, Browns, Colts) and the contenders who always manage to wedge whatever they want into the budget somehow (Patriots, Patriots, Eagles, Patriots): A Ramsey trade could shift the balance of power for the whole league, assuming he doesn't stay put and turn the AFC South into a photo finish.

Ramsey's dispute with the Jaguars could also topple the Tom Coughlin/Doug Marrone regime, signaling the end of an era for old-school drill-sergeant executives like Coughlin. And the contract extension he eventually signs with someone will almost certainly reset the market for both cornerbacks and top-tier defenders.

NFL analyst Ross Tucker joins Adam Lefkoe to talk about what it was like to play against Ray Lewis, what every player tries to avoid when working under Bill Belichick and why Tom Brady is obsessed with snapping the football. All that and more on The Lefkoe Show. 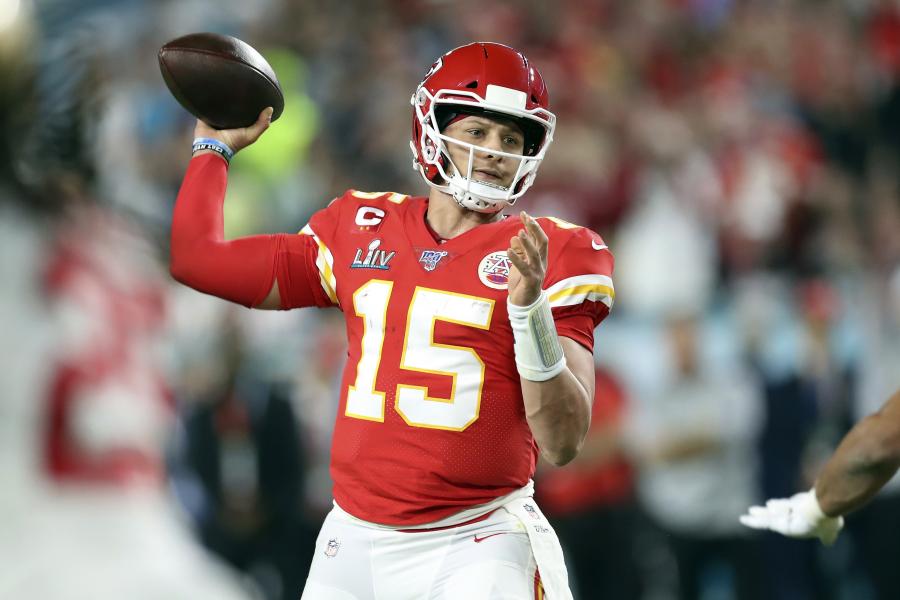