Phoenix also received the No. 24 pick of the draft, which was used to select Virginia point guard Ty Jerome.

According to Zach Lowe of ESPN, the Celtics will receive a 2020 first-round pick that initially came from the Milwaukee Bucks.

For Boston, the move was all about clearing cap space. Wojnarowski reported Thursday morning that the Celtics were interested in moving off Baynes' contract:

Boston has offered center Aron Baynes -- $5.4M expiring contract -- into salary cap space elsewhere, league sources tell ESPN. Without Kyrie Irving and Al Horford on the books, moving Baynes without taking back salary could get the Celtics to $23M in space.

It's the latest move in what has already been a wild summer for the Celtics, with both Kyrie Irving and Al Horford expected to leave the team as free agents.

Irving has been communicative and forthright with top Celtics officials since the season ended, with private and public signals that he will leave the organization in free agency — likely for the Brooklyn Nets, league sources tell @TheAthleticNBA @Stadium. https://t.co/EupfcYxhsg

Boston and Al Horford had discussed contract scenarios, but the gulf is too great for sides to believe they can close on a new deal now, league sources tell ESPN. Horford is prepared to enter the free agency to find a three or four year deal elsewhere.

Trading Baynes as well means the team could be without its top three big men next season, with Marcus Morris also set to be a free agent. Point guard Terry Rozier will also be a restricted free agent, though the Celtics will be expected to retain his services with Irving likely departing unless they have their hopes set on a high-profile free agent.

If the Boston Celtics can trade Aron Baynes without taking any salary back, and then renounce all of their FAs, they should have enough space to make a max offer to a 7-9 years of service player with a starting salary of just under $33M for 2019-29.

Boston went from being one of the favorites to come out of the Eastern Conference last summer to a second-round exit in five games against the Milwaukee Bucks and the possibility of fielding a largely new team next year. 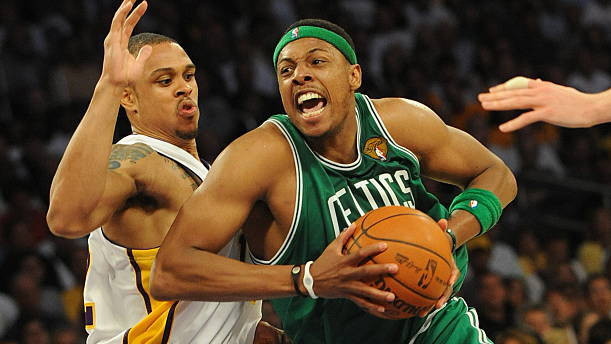 They still have building blocks in Jayson Tatum and Jaylen Brown, and the hope will be that Gordon Hayward can return to an All-Star level after his disappointing 2018-19 campaign, his first after suffering a gruesome broken leg that cost him all but one game in the 2017-18 season.

A core of Tatum, Brown, Hayward, Rozier and Marcus Smart wouldn't put the Celtics amongst the NBA's very elite, but it's still a solid group and one that will reach the postseason. And with a bevy of future first-round draft picks to offer in trades, the Celtics could also swing a deal for another star.

But players like Horford and Baynes were crucial to Boston's defensive identity, and while Baynes didn't pop on the stats sheet (5.6 PPG, 4.7 RPG), his gritty and selfless play down low was important. His loss will be felt, even if it gets buried underneath the headlines about Irving and Horford.

Meanwhile, Phoenix adds a veteran who has appeared in 54 playoff games as well as a rookie coming off a national championship. This winning pedigree could be valuable to a young squad that hasn't seen much success in recent years.