With or without Tyreek Hill, Mecole Hardman can forever impact the Kansas City Chiefs.Charlie Riedel/Associated Press

Every fan hopes the NFL draft will bring their favorite team a new load of talent and that one (or more) of those picks will change the franchise. Tom Brady changed the New England Patriots. Baker Mayfield changed the Cleveland Browns. Quenton Nelson and his power at left guard changed the Indianapolis Colts.

These are the picks from the 2019 NFL draft likely to change their franchises the most. Some are because of opportunity, some are because of the positions they play and others are just good enough players in the right situations to have a huge effect on their new franchises.

When you hire a head coach who was just fired from his alma mater after posting a losing record as a college coach, you're ready for change. Drafting Murray No. 1 overall one year after trading up to select quarterback Josh Rosen has already changed the Cardinals, but if Murray can come in like Mayfield did as the No. 1 overall pick from Oklahoma last year, then Kliff Kingsbury and Co. are in good hands. 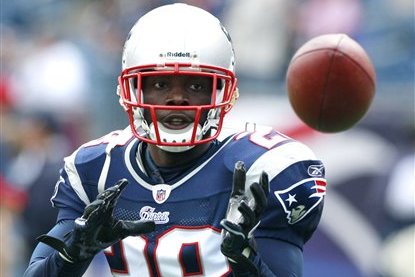 Murray is a dynamic, electric playmaker who torched defenses in the Big 12 with his arm and his legs. He's an accurate thrower with a big arm, but he can also extend plays in the pocket before pulling the ball down and running by every defender on the field with his 4.3 speed. Imagine Lamar Jackson with Mayfield's touch. That's what Murray brings to the table.

Not since Michael Vick has there been an NFL quarterback like Murray who can win with his legs and arm equally. There have been great runners and great throwers but nobody like the combination that is Murray.

If the Cardinals win, Murray will have changed the franchise forever. If they lose, Murray and Kingsbury will be the scapegoats who cause another quarterback to be drafted and another head coach to be fired.

Trey Flowers is out, and in is a hard-charging, productive pass-rusher from Michigan who is perfectly suited to play as a 4-3 defensive end or stand-up 3-4 outside linebacker. If the Patriots wanted another Mike Vrabel-style linebacker, they may have found one in Winovich.

Winovich's ability to change the Patriots will be based on how versatile they can be defensively. Bill Belichick and Co. have shifted to more of a pass rush by committee in previous years, but a presence like Winovich will allow them at least one anchor who can stay on the field no matter the defensive formation used. Nickel, dime, base 4-3, base 3-4...he fits everything they could want to do up front.

The Patriots might not be full-on preparing for life after Brady, but the front office and coaching staff is at least thinking about ways to take pressure off the star quarterback. A perfect example of this is the Patriots' most recent Super Bowl triumph—they won not on the strength of Brady and a high-octane offense but with a defense that limited and frustrated Jared Goff and the Los Angeles Rams.

Belichick knows Brady, at 41 years old, can't be the only answer each week. Building up a strong, versatile defense will set up the franchise for when Brady finally retires.

The Kansas City Chiefs drafted insurance against a possible suspension of Tyreek Hill by trading up in the second round to select speedy wide receiver Hardman. While not quite cheetah-like when it comes to speed, he's close.

Hardman's ability to take the top off a defense is serious, but he's also a raw player, coming out of a Georgia offense that didn't really know how to best utilize his skill set. There is some upside to project with Hardman, but much like Hill was coming out of college, he is able to beat teams right now as a returner and ball-in-space offensive weapon.

If the Chiefs are without Hill, Hardman will step into his role. If the Chiefs have both Hill and Hardman, the offense becomes a video game with elite speed at receiver and the best tight end in football, Travis Kelce, softening up the middle of the field.

Giving the best quarterback in football all these weapons is smart and could be the difference between an AFC Championship Game loss and a Super Bowl win.

New general manager Mike Mayock went out this offseason and bought quarterback Derek Carr all the shiny toys he could want in an offense. Wide receivers Antonio Brown and Tyrell Williams came on board along with a premier pass protector in offensive tackle Trent Brown. Then Mayock addressed the offense again in the first round of the 2019 draft by adding the top running back in the class.

Jacobs won't just change the franchise by being a 20-plus-touch back with the skills to beat teams as a runner and receiver, but he'll also give Mayock and Jon Gruden a player to take pressure off Carr and help them fully evaluate the veteran quarterback's abilities.

Jacob's ability to soften up defenses with his inside running coupled with his soft hands and agility to take runs outside the tackle box is special—in fact, it's why he was RB1 in this draft class. The Raiders seem poised to take the pressure off Carr by turning around and handing the ball to Jacobs, but by doing that, they will also keep safeties and linebackers from bailing into pass coverage on every down.

Jacobs will be the one responsible for keeping those safeties in the box and allowing one-on-one coverage of Brown down the field. That alone will change the offense, which could change the franchise.

These players aren't the only potential franchise-changers, however.

There could be those along the offensive line, Day 3 linebackers with NFL skills, an heir apparent at quarterback, or sleepers at wide receiver who possess the potential to join this group.

But right now, these four are best-suited to make the most of their situations and forever change their new teams.