Atlanta Falcons offensive guard Jamon Brown helped cover the funeral expenses for De'Anthony Lee Trice, a one-month-old baby from Louisville, Kentucky, who died after his father allegedly punched and dropped him, according to Vaughn McClure of ESPN.com.

According to police, Anthony Trice has been indicted on charges of first-degree murder and criminal abuse after allegedly striking his son in a "post-video game rage."

Brown, a Louisville native and former University of Louisville player, heard about De'Anthony's death from the executive director of his foundation, Danny Mosby, and through his foundation offered to pay for the funeral services:

"I was getting off the field when my executive director sent me the story, and this was before we decided to step up and partner with Louisville Children's Hospital Foundation. When he sent me the story, I was like, 'Bro, this is sad.' I read it, and I broke down.

De'Anthony Lee Trice's great-grandmother, Alvena Smith, told McClure in an email that she was thankful for the gesture:

"I'm very thankful and grateful to Jamon. I met him and his brother through my nephew. Jamon is so thoughtful. He has not forgotten where he came from. I can't thank him for his generosity because he definitely didn't have to bless us the way he did. I didn't know he loved us that much.

"To him I'm grateful. I thank his mom for doing a great job raising those boys because they turned out to be wonderful young men."

Brown's foundation was founded to "impact the lives of those struggling with poverty, violence, and youth homelessness, and to improve upon the education and healthy living issues that are typically prevalent in at-risk areas while influencing others to do the same.'' 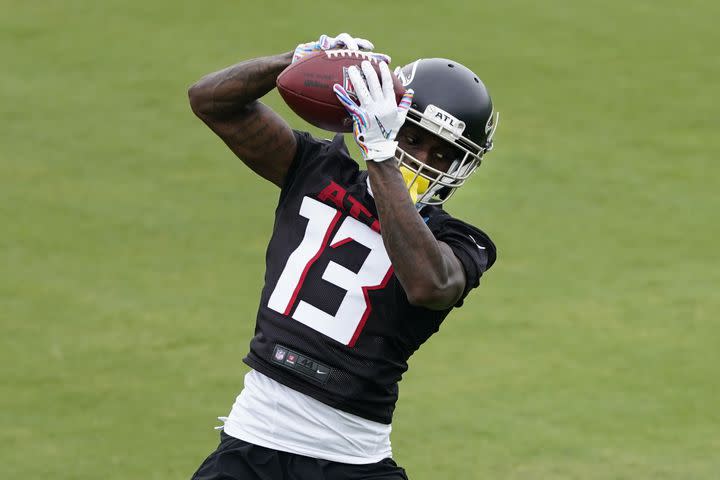