The consensus ahead of Thursday's 2019 NFL draft is that Heisman Trophy-winning Oklahoma quarterback Kyler Murray will go No. 1 overall to the Arizona Cardinals.

However, first-year Cardinals head coach Kliff Kingsbury hasn't arrived at that same conclusion just yet—or he's just not willing to tell anybody if he has.

"We're still working through things," Kingsbury said regarding Arizona's plan for the top pick, per NFL Network's Steve Wyche. "It is a process. I wouldn't say the hay is in the barn."

The Cardinals have until 8 p.m. EST Thursday to get the hay firmly in the barn.

Murray's future hangs in the balance until the draft gets underway in Nashville but so does the future of Cardinals second-year quarterback Josh Rosen.

Arizona drafted Rosen at No. 10 overall in last year's draft out of UCLA. His rookie season saw the 22-year-old appear in 14 games, throw for 2,278 yards for 11 touchdowns and 14 interceptions. The Cardinals finished an NFL-worst 3-13.

As soon as the Cardinals hired Kingsbury, who previously said he would take Murray with the No. 1 overall selection if he could while still the head coach at Texas Tech in October, rumors were set ablaze that Kingsbury would be able to fulfill his own prophecy.

Kliff Kingsbury with some high praise for OU QB Kyler Murray: "Kyler is a freak.....I would take him with the first pick of the draft if I could." https://t.co/aYYamjMu7o

In February, Kingsbury clarified that Rosen is "our guy." Even so, the Murray link has not faded.

On Thursday, Rosen admitted that the notion the Cardinals may already give up on him one year in is "annoying" in an interview for SITV (h/t Josh Weinfuss of ESPN):

"I think the season probably went as poorly as it could possibly go. But within that, I had an unbelievable time. I think when people talk about, like, you can't listen to criticism or you can't read articles, you have to be aware of what's going on to a certain extent. So I definitely understand the situation.

"It's annoying, but it is what it is. Football's a business, and I definitely respect the higher-ups and their decisions. We won three games, and each one of those wins—to me, it felt like we won the Super Bowl. And that feeling is so intoxicating, and that's why I just want nothing more than to be part of a team next year and have the same opportunities to go out and compete."

There is a very real possibility that Rosen's 3-13 campaign in the desert is nothing but a blip in his NFL career should the franchise opt to move him and give him the opportunity to compete elsewhere as a starter. It all depends on Murray.

While Kingsbury remained vague on what the Cardinals will do at No. 1 overall, which is par for the course in the days before the draft, the 39-year-old did note that Murray "left a good impression" while visiting Arizona, per Bo Brack of Fox Sports 910:

Kliff Kingsbury says Kyler Murray “is going to be an NFL quarterback,” and “we’ll see how the NFL Draft goes for him.” https://t.co/xDn3KuBkcI

Murray tossed for 4,361 yards, completing 69 percent of his passes, for 42 touchdowns and seven interceptions to go along with 1,0001 rushing yards and 12 touchdowns on the ground.

The Sooners fell to the Alabama Crimson Tide in the College Football Playoff semifinal, and Murray declared he would pursue a career as an NFL quarterback instead of playing baseball for the Oakland Athletics as he originally intended.

Soon, the NFL world will know whether the Cardinals or a darkhorse franchise will benefit from Murray's decision. 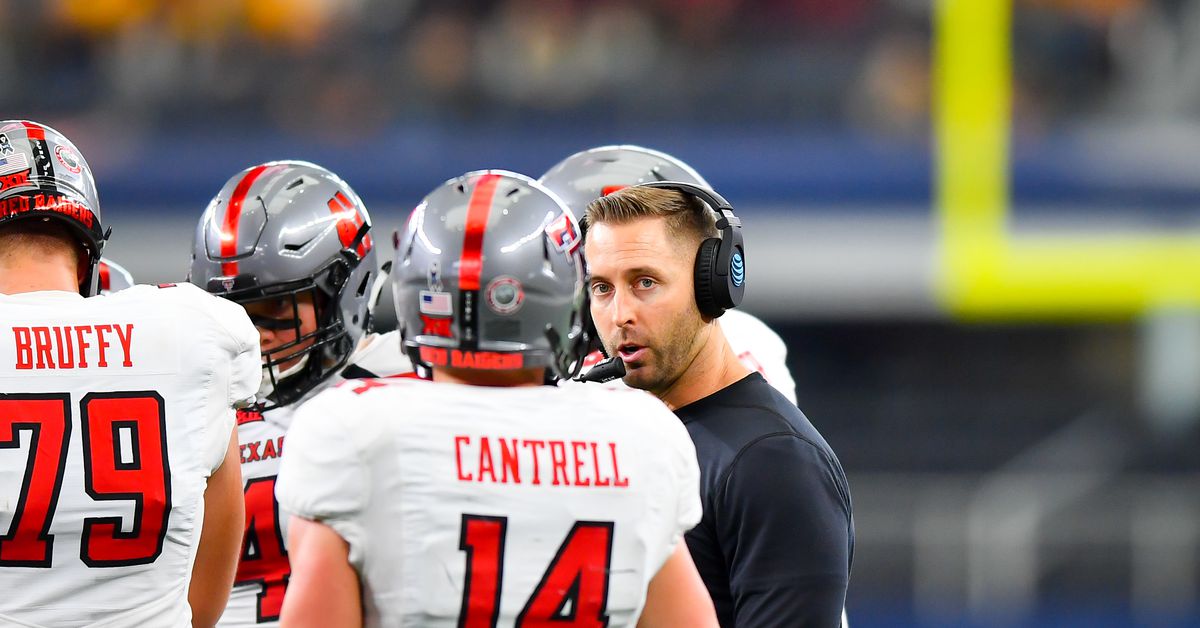 Seth Cox
via Revenge of the Birds

Jalen Thompson Pegged by PFF as Most Underrated Cardinal

Jalen Thompson Pegged by PFF as Most Underrated Cardinal