The Virginia Cavaliers defeated the Auburn Tigers 63-62 in Saturday’s Final Four game when Kyle Guy hit three free throws with 0.6 seconds remaining, but the foul that sent him to the line may not have even been the most controversial part.

"I knew they weren’t gonna call double-dribble after they let that one go," Virginia’s Ty Jerome said of his double dribble that wasn’t called earlier in the possession, per George Schroeder of USA Today. "It’s hard to be a ref. They miss a lot. So you’ve got to play on."

Auburn had fouls to give while nursing a two-point lead on Virginia’s last possession, and the frantic back-and-forth of Jerome attempting to evade the defenders and the Tigers attempting to foul him caused him to lose control and then start dribbling again after he picked up the loose ball. 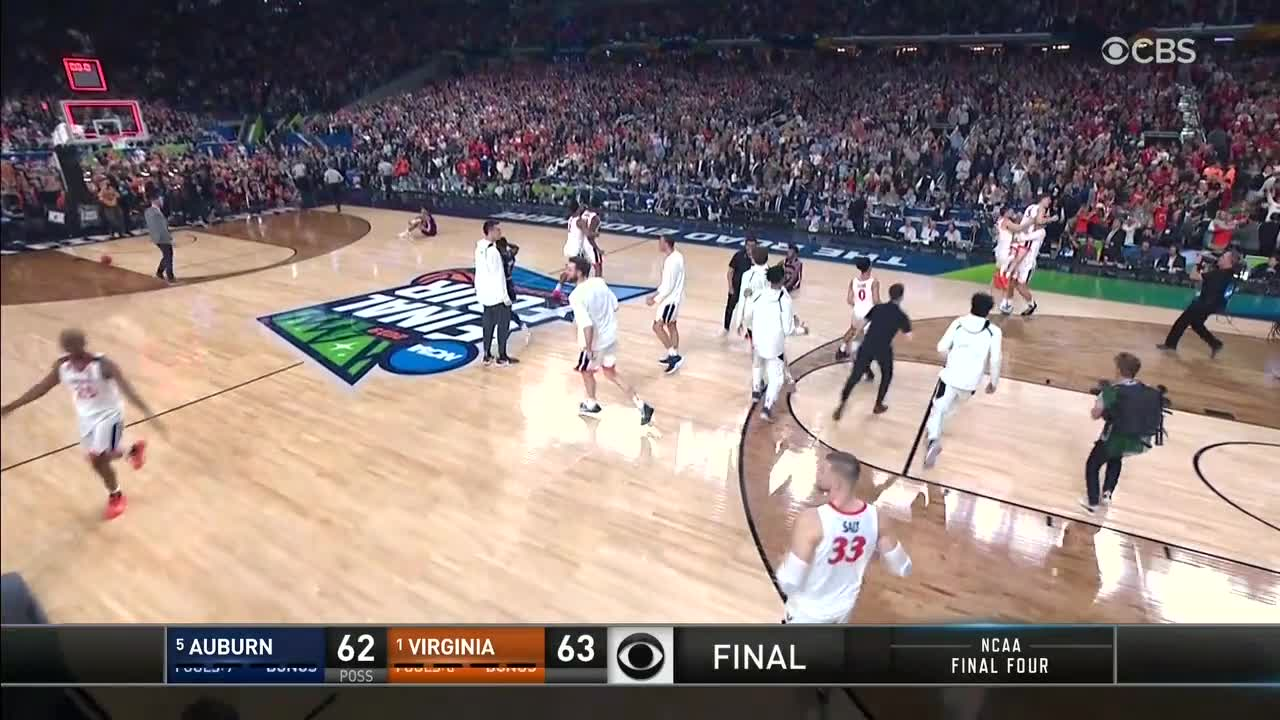 The officials didn’t whistle him for the violation, helping set up Guy’s three-point attempt and Samir Doughty’s foul in the corner.

It was Doughty’s foul that led to the most controversy after the game, and J.D. Collins, the NCAA’s coordinator of officiating, even addressed it with a pool reporter in the aftermath (h/t Brandon Marcello of 247Sports):

"With 0.6 seconds remaining in tonight’s national semifinal game between Virginia and Auburn, Virginia’s Kyle Guy was fouled on a three-point attempt by Auburn’s Samir Doughty. The call was made by official James Breeding, who ruled that Doughty moved into the airborne shooter, making contact with Guy while taking away his landing spot. The foul was a violation of Rule 4, Section 39.I, which states, Verticality applies to a legal position and also to both the offensive and defensive players. The basic components of the principle of verticality are: The defender may not ‘belly up’ or use the lower part of the body or arms to cause contact outside his vertical plane or inside the opponent’s vertical plane."

Guy still had to make the pressure-packed free throws, and he delivered to send the Cavaliers to Monday’s national championship game.

Virginia will have to deal with a stout Texas Tech defense that is No. 1 in the nation in KenPom’s pace-adjusted rankings. The Red Raiders hounded Michigan State's ball-handlers during Saturday's other game, holding the Spartans to 51 points in a 10-point victory.

'When will we insist on justice and equality for everyone?'