COLUMBIA, S.C. — Only 95 minutes until Zion Williamson's first NCAA tournament game, and the anticipation is mounting.

Duke will eventually, predictably win 85-62 behind 25 points from its unstoppable star, but the throngs of fans aren't that concerned with the outcome. They're just dying to get into the building for a chance to see some high-flying, physics-defying dunks.

Each and every entrance to the Colonial Life Arena has a line at least 100 people deep, most of them clad in royal blue attire. The number of kids under the age of 12 rocking a "Duke 1" jersey might be greater than the count of those wearing anything else.

They are all desperate to get an in-person glimpse of the man who has taken the sports world by storm over the past four-plus months. They came from all over the country for this purpose.

Within five minutes of asking around, at least 20 different states were listed. Two guys flew in from Utah. One mother-daughter duo drove down from Maine. Ohio is well-represented, for some reason. Another woman from Jonesboro, Arkansas, gleefully recounts her interaction with Williamson at the team hotel. "He touched me right here with his pinkie," she shouts, pointing at the palm of her hand.

Why did she drive 10 hours to watch what Vegas expected to be a 28-point shellacking?

"I just wanted to see Zion play for Duke before he goes off to the NBA."

It's no wonder CBS debuted the "Zion Cam" to capture the sensation's every moment for as long as Duke's stay in the tournament lasts.

Everyone wants to watch the Zion Show.

(Curiously, though, the "just get me in the door" secondary ticket market is a bust. One scalper asks if I can do $20. Another says $25. So much for those $3,000 per-ticket prices for the first Duke-UNC showdown. It seems even Zion Mania isn't enough to make a No. 1 vs. No. 16 game the hottest ticket in town. Expect Sunday's game to be a much different story.)

At long last, the (flood)gates open and a blue wave comes pouring down into the lower bowl of the arena. The Blue Devils are simply lying on the baseline counting out their stretches, but cellphones are out in full force. Everyone wants photographic evidence to show the grandkids one day: Yes, kiddo, I did see Zion.

Even the North Dakota State fans can't help but assume the cellphone-out, jaw-dropped position while Williamson throws down 360 dunks in pregame warmups like they're nothing.

Fast forward to game time, and it took all of 36 seconds for those long drives and lines to be validated. Williamson won the opening tip, scored on the initial possession and so viciously blocked NDSU's first shot attempt that the crowd erupted as if it had just witnessed a man's soul being removed from his body.

The Bison weren't shook, though. They rallied in a hurry to take a 12-5 lead and hung right with the big, bad Blue Devils for the entire first half. North Dakota State trailed by just four at the intermission and had some hope of becoming just the second team to ever pull off the 16-over-1 upset.

Early in the second half, Williamson extinguished that pipe dream with three impossibly athletic plays in the span of 58 seconds. NDSU's cheerleaders couldn't help but laugh in amazement when Zion poked the ball away from Tyson Ward, chased it down, dribbled behind his back and made the acrobatic layup to put the Blue Devils up by a baker's dozen.

Safe to say no one on North Dakota State's scout team would've been able to replicate that type of sequence no matter how many days of practice were available.

This Zion run and finish was just ridiculous #MarchMadness https://t.co/c51hQYegAc

From there, the No. 1 overall seed cruised to a 23-point victory, which made for a somber Bison locker room after the game. But even minutes removed from heartbreak, they were able to appreciate the greatness they just faced.

"Obviously in the Summit League and mid-major basketball, you don't get athletes like that," said North Dakota State sophomore Cameron Hunter. "It'll be really cool looking back and telling everyone that you played (against) an excellent college player like him."

"One of the best athletes I've ever seen with my own eyes," said junior Vinnie Shahid.

During the postgame press conference, a reporter asked head coach David Richman about trying to prepare to face 'a guy like Williamson.' Before the question was even finished, Richman cut him off:

"Is there any guy like him aside from him?"

North Dakota State wasn't the only No. 16 seed blown away by Zion's absurd athleticism. After losing to Virginia earlier in the day, Gardner-Webb stuck around to bask in his highlight-reel glory.

Runnin' Bulldogs freshman Jose Perez is from the Bronx, played on the prestigious Nike EYBL circuit and battled with the likes of De'Aaron Fox and Trae Young in international competition in high school. In other words, he has seen some studs up close and personal. Even he had to just shake his head and chuckle at the spectacle.

"He's different, man," said Perez. "I've played with some high-level players, but he's just got so much bounce."

If you've ever been to the Grand Canyon, you know that pictures don't do it justice. You need to see it in person to truly appreciate the magnitude of one of the most incredible things this planet has ever created.

Same goes for Zion, folks. Catch him while you can. It's a life-altering experience.

Kerry Miller covers men's college basketball and college football for Bleacher Report. You can follow him on Twitter: @kerrancejames.

Our championship picks for every 2020 tournament

@KerranceJames reveals his newest predictions for the field 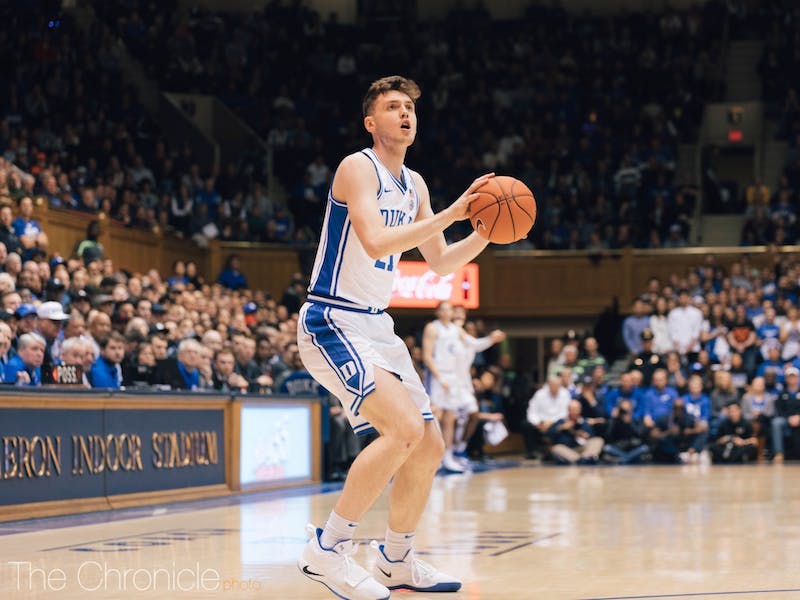