Wilson, 30, has one year left on his current deal.

Franchise quarterbacks routinely pass a baton that represents the owner of the NFL's richest contract. During the 2018 offseason, Matt Stafford of the Detroit Lions, Jimmy Garoppolo of the San Francisco 49ers, Kirk Cousins of the Minnesota Vikings and Matt Ryan of the Atlanta Falcons were each signed to the NFL's biggest deal at one point.

Green Bay Packers signal-caller Aaron Rodgers is the current leader in the clubhouse thanks to a four-year, $134 million extension signed in Aug. 2018. However, Wilson's invaluable importance to the Hawks (coupled with inflation) could enable him to surpass Rodgers' salary.

The five-time Pro Bowler has earned a 75-36-1 lifetime record for the Hawks, who have never had a losing season under Wilson's command. The seven-year veteran has completed 64.2 percent of his lifetime passes, tossing 196 touchdowns and 63 interceptions. The Super Bowl XLVIII winner also rushed for 3,651 yards and 16 touchdowns for his career.

Wilson told Fallon that he believes he has "10-15 years left," so as Smith noted, a few long-term deals could be on the horizon for the ex-Wisconsin and North Carolina State star. 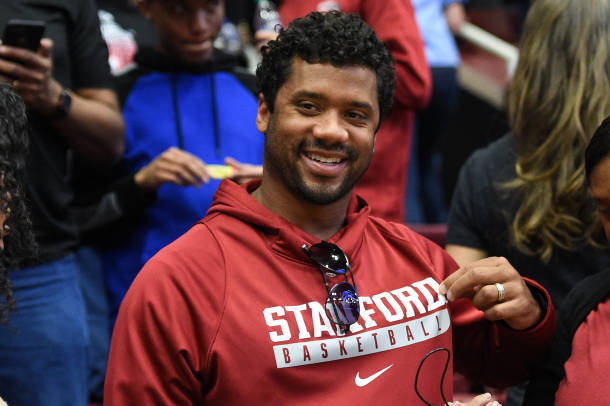