Arsenal have been finding the UEFA Europa League "difficult," according to head coach Unai Emery. The Spaniard made the admission ahead of Thursday's last-16 second leg at home to Rennes.

It could be the Gunners' last match in this season's competition after Emery's men lost the first leg 3-1 in France last week. The result has left Arsenal on the brink, but Emery isn't giving up hope, per Sami Mokbel of the Daily Mail:

"In Europa League we are finding some results like the last round versus Borisov, difficult.

"It will be a tough match but our demand for our best performance is very high. I want to play matches with difficult results, against tough players. Tomorrow we need to be together and create a big atmosphere with our supporters to help us."

"We need to play with high emotion, but taking clever and clear decisions on the pitch. These are both important issues. We need to control for 90 minutes, maybe more, we want to control but be on the game."

Those words will raise questions about how much importance Arsenal should place on the Europa League. It offers a route back into the UEFA Champions League to the winner, but the Gunners can also return to the more lucrative tournament by finishing in the top four of the Premier League.

Emery has Arsenal fourth following Sunday's 2-0 win over Manchester United. The 47-year-old has previously said fixture congestion and the demands of Europe won't be an excuse for tiredness or poor performances in either competition.

Few managers know how to negotiate the demands of Europa League football as well as Emery. He lifted the trophy three seasons running as manager of Sevilla, before leaving for Paris Saint-Germain in 2016.

The haul put Emery in pole position to take over at Arsenal after Arsene Wenger stepped down last May. However, Emery has yet to replicate the same magic in Europe.

Wenger guided Arsenal to the last four of the Europa League during his final season in charge.Power Sport Images/Getty Images

His reference to events in the previous round speaks to Arsenal's troubles in Europe's second-tier cup competition this season. The Gunners suffered an embarrassing 1-0 defeat away to BATE Borisov in the first leg of the Round of 32.

While Arsenal were able to turn things around with a 3-0 win at the Emirates Stadium, Rennes will be a tougher proposition when they visit north London. The Ligue 1 side proved their credentials earlier this month by cutting through Emery's team with pace, intuition and purpose.

It was a performance summed up by the third goal, when a swift break caught Arsenal cold and ended with Ismaila Sarr emphatically heading in a cross from fellow winger James Lea Siliki.

Sarr's considerable threat was reinforced when he assisted two goals to help Rennes beat Caen in domestic action on Sunday. He's the player Arsenal's suspect and plodding defence will fear, especially after his movement led to centre-back Sokratis Papastathopoulos receiving a red card in the first leg.

One of the goals Sarr created against Caen was scored by M'Baye Niang. The striker missed the first leg but is back from suspension for the return match.

Like Sarr, Niang offers pace and power, two qualities potentially lethal on the break against an Arsenal side obliged to push forward in numbers in search of the goals needed to qualify.

The presence of Niang and Sarr is one reason why some, including Gunners great Patrick Vieira, believes Rennes can go through. Arsenal's former skipper, who now manages Nice, said he wasn't surprised by the first-leg scoreline, per Ryan Taylor of the Daily Express: "Offensively they are able to score against all teams in every minute of a game."

Vieira also said all of France wants to see Rennes go through at his old club's expense.

Arsenal's own firepower could leave Vieira and his countrymen disappointed, though. Emery's chances were boosted on Tuesday when the Gunners confirmed Alexandre Lacazette has been cleared to play after having a three-match ban reduced by UEFA:

🗞 Good news ahead of our #UEL second leg against Rennes... 🚨 @LacazetteAlex will now be available for selection More information 👇

Having Lacazette available alongside leading scorer Pierre-Emerick Aubameyang could prove too much for the Rennes defence.

It's also a moment for Emery to offer a reminder of his expertise in this tournament. His decorated history with the trophy needs to be reflected with better results in a competition which represents his last chance for silverware in his first season in charge.

Winning it for a fourth time would endorse Emery's status as a worthy successor to Wenger. 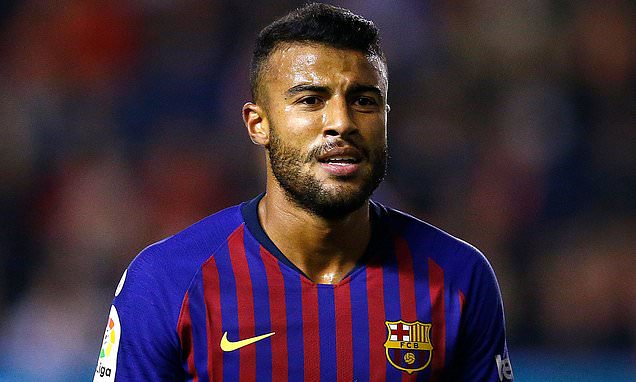