After Michigan relieved Pep Hamilton of his assistant coaching duties earlier this month, the XFL has scooped him up.

The video lists Hamilton's achievements over 22 years of assistant coaching at the college and NFL levels. Hamilton is perhaps most recognized for his work coaching Indianapolis Colts quarterback Andrew Luck both as an offensive coordinator for Stanford from 2011 to 2012 and the Colts from 2013 to 2015.

The XFL tweeted more videos, including one of Hamilton telling his Michigan players: "Our toughest matchup in our lives is yourself against yourself; you against your nature."

“Pep Hamilton is a very talented, young football coach. Pep has the makings of becoming an outstanding head coach. He will do a great job relating to the players. I wish him nothing but success in his new endeavor.” ~ @HermEdwards on Hamilton, who was a member of his Jets staff https://t.co/PhB5lBSSA7

This is his first head coaching opportunity. 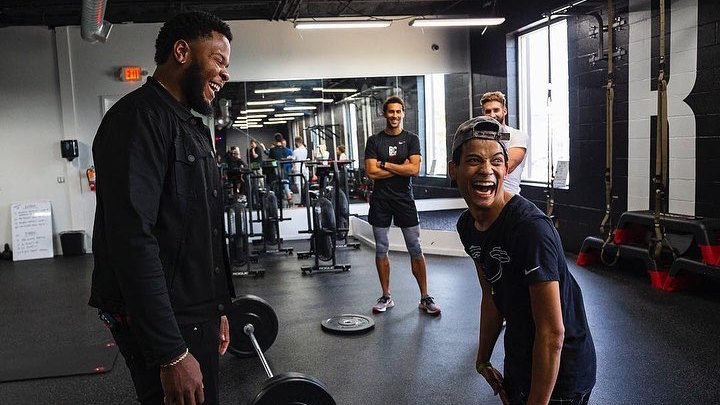 Hamilton is now tied to another Luck, as Oliver Luck, Andrew's father, is the CEO of the XFL, and Hamilton's ties to college football may not be forgotten, either.

In December, Luck told Brian Berger at the Sports Business Radio Road Show that the XFL won't necessarily abide by the NFL's law of players having to participate in three years of college before becoming eligible for the league (h/t Darin Gantt of ProFootballTalk):

"'Theoretically we could take a player right out of high school. I doubt we'll do that,' Luck said, noting the difference in physical development between an 18-year-old and the 24-to-25-year-old fringe NFLers they plan to build their base from.

"'But I wouldn't rule it out. Nor would I rule out taking a player who played a year of college football and let's say isn't eligible academically, which happens. Or a player who is two years out of college, and is transferring, and would have to sit out a year. A lot of guys don't want to. ... We are in that position to be able to take players who wouldn't be eligible to play in the NFL.'"

Fans will have to wait until 2020 to see how Hamilton fares in D.C. Either way, Hamilton's deep experience and relationships throughout college football and the NFL will certainly help boost intrigue in the XFL—or, at the very least, what Hamilton can do in it.