You might never have heard of Gerard Bonneau, but chances are you'll be familiar with his work.

Perhaps you're a Manchester United fan who has thrilled at the sight of Anthony Martial barrelling towards an opposition full-back from the left-hand touchline. Or perhaps you're an Arsenal fan who has punched the air in delight after watching Alexandre Lacazette crisply strike a shot past a stricken goalkeeper.

Maybe you're a Barcelona supporter who has applauded in admiration after seeing Samuel Umtiti step out of defence and drill a 60-yard pass into the feet of a team-mate. Or maybe you're a Real Madrid fan who has leaped from your seat to celebrate a Karim Benzema goal. 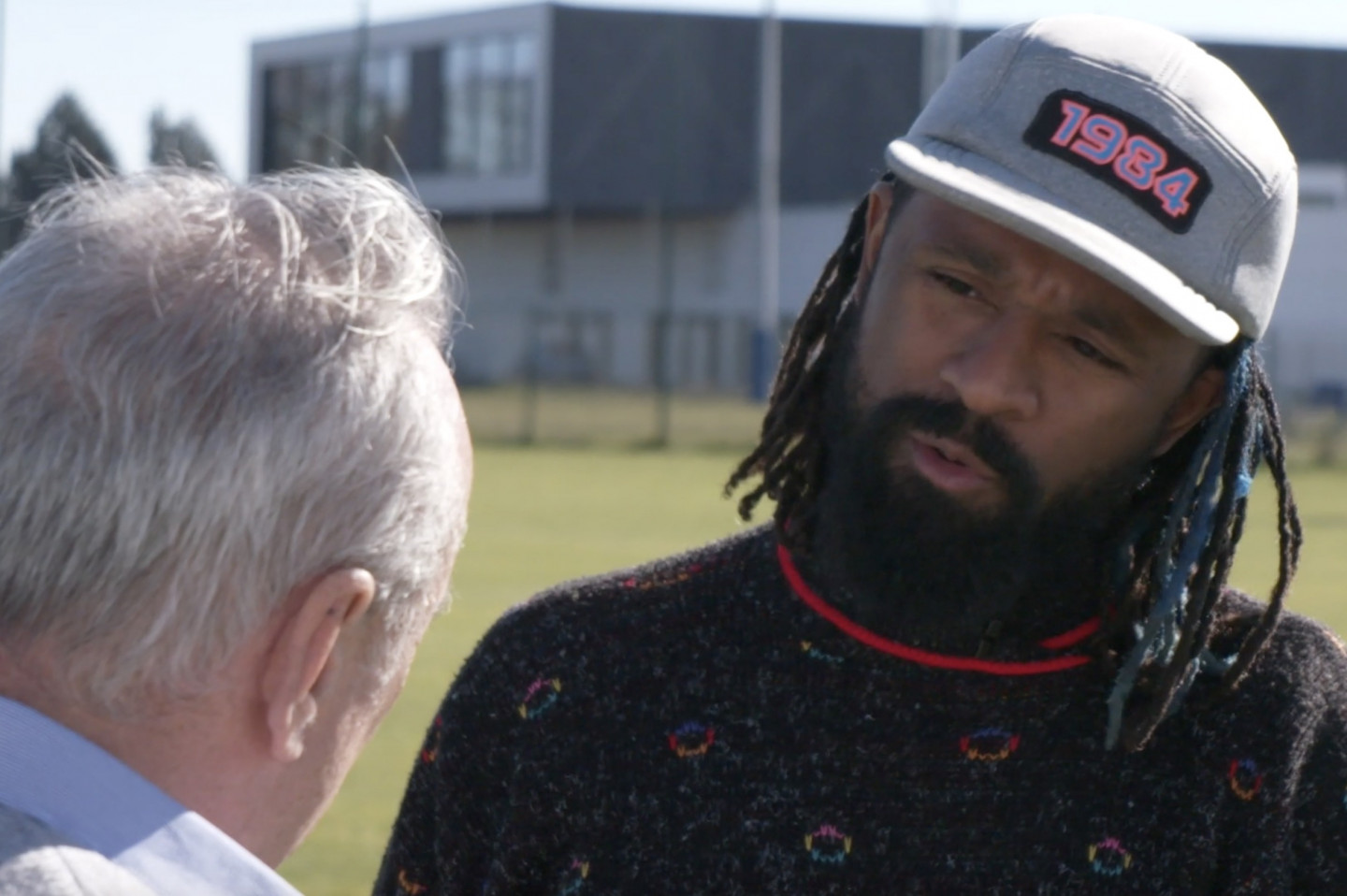 Even if you support none of those clubs, if you have spent any time watching European football over the last 20 years, you will have watched a player who was given a leg up by Bonneau.

As the head of youth recruitment at Lyon from 2003 to 2017, he is partly responsible for having launched the careers of a galaxy of talent that includes Martial, Lacazette, Umtiti, Benzema, Hatem Ben Arfa, Clement Grenier, Maxime Gonalons, Rachid Ghezzal, Corentin Tolisso, Houssem Aouar and current captain Nabil Fekir (to name but 11). Few other youth recruiters in the modern game can boast such a glittering legacy.

"I just enjoyed recruiting, going out and finding talented players," Bonneau told Bleacher Report. "I want to be humble about it, but it's true I had some success."

Bonneau's work, and that of his colleagues, has helped to turn Lyon's youth academy into one of the most prolific talent-production lines in world football. A study released by the CIES Football Observatory last October found that Lyon have produced the second-highest number of players currently playing in one of Europe's top five leagues, behind only Real Madrid. It is a fitting achievement for a club whose nickname, Les Gones, is a local expression meaning "The Kids."

Third in the CIES rankings were Barcelona, who visit Lyon's Groupama Stadium on Tuesday in the Champions League last 16.

At Lyon's estimation, 8-12 percent of the players in each age group who come through their youth system go on to sign professional contracts, either at the club or elsewhere, compared to an average of 5-6 percent in the rest of France. It is the result of diligent scouting, expert coaching, sensitive pastoral care and unwavering financial support for youth development, but it is also a matter of principle.

"Lyon have a culture of faith in young players," Jean-Francois Vulliez, the current head of the Lyon academy, said. "It's part of the club's DNA."

The Professional Football Charter of 1973 obliged French professional teams to create youth training centres, and Lyon were the first club to heed the call. Former OL players Jose Broissart and the late Alain Thiry laid the foundations for the academy of today, and the 64-year-old Bonneau acknowledges his debt to both men, saying they gave him an "education of the very highest level."

The spur for Lyon's emergence as a force in the field of youth development was local businessman Jean-Michel Aulas' arrival as president in June 1987.

With Lyon drifting in France's second tier, the ambitious Aulas turned to two of the club's former players, appointing Raymond Domenech as head coach and Bernard Lacombe as sporting director. Recognising the talent in Lyon's youth ranks, Domenech placed his faith in homegrown players such as Remi Garde, Bruno Genesio and Bruno N'Gotty, who led OL to promotion in 1989. Lyon have remained in Ligue 1 ever since.

(Garde and Genesio later joined Lyon's back-room staff and would each go on to become the head coach. Garde, a former Arsenal midfielder, was in charge between 2011 and 2014, while Genesio took the reins in December 2015 and will be in the dugout for Barca's visit on Tuesday. As coaches, both Garde and Genesio stayed true to the traditions that had enabled them to become first-team players under Domenech, blooding young players at every opportunity.)

Academy graduate Florian Maurice starred up front for OL in the 1990s and locally born winger Sidney Govou ensured there was a homegrown presence in Lyon's first XI throughout the club's period of dominance in the 2000s, when they won an unprecedented seven consecutive Ligue 1 titles. When Lyon last won the title, in 2007-08, a 100 percent homemade front three of Govou, Benzema and Ben Arfa spearheaded the team.

After spending big on players like Lisandro Lopez and Yoann Gourcuff in an ultimately fruitless bid to close the gap on Europe's leading clubs, Lyon have managed to remain competitive in Ligue 1 in recent seasons largely thanks to the contributions of homegrown players such as Gonalons, Umtiti, Tolisso, Lacazette and Fekir.

Many of those players have since left, often for significant sums of money, but when Lyon line up against Barcelona, midfielder Aouar and goalkeeper Anthony Lopes will fly the flag for the academy, with the suspended Fekir watching on from the stands.

"Our youth players have always played," Bonneau said. "Even when we had the great team [of the 2000s], we left room for the really, really good young players like Karim Benzema and Hatem Ben Arfa.

"And every time the club's been in a bit of trouble, there's always been a bit of youthfulness on hand to save it."

Lyon have enjoyed particular success in the production of attacking players, with Fekir, the club's current No. 10, following in the footsteps of such figures as Lacombe, Maurice, Ludovic Giuly, Govou, Benzema, Ben Arfa and Loic Remy. Armand Garrido, Lyon's former under-17s coach, believes it is a consequence of the club's long-held commitment to attacking football.

"We produce more attacking players than defenders,"  he told Bleacher Report during an interview at the Groupama OL Academy in Meyzieu, nine miles east of Lyon city centre.

"We're more focused on attacking football than the defensive aspect. We've always tried to score goals rather than not let them in."

Some of Lyon's most heralded forward players remain part of the OL fabric. Lacombe, the leading French goalscorer in Ligue 1 history, works as an advisor to Aulas, while Maurice is the head of the club's recruitment division. Former Brazil striker Sonny Anderson previously worked for Lyon as an attacking coach. Any young attackers coming through the ranks do not have far to look for either inspiration or first-hand advice.

Aulas, who turns 70 next month, continues to prioritise Lyon's youth set-up, allocating a budget of between €8 million and €10 million to the academy every season. The club has nine youth scouts covering the Auvergne-Rhone-Alpes region in east-central France, which has the highest number of licensed (article in French) football players in the country outside of Paris, and five in the rest of France.

"I've been at the club for 30 years, and they've always focused on youth coaching," Garrido said. "It's a tradition at Lyon. And the president has never let it slip."

"OL really go looking at the local clubs and not just the trial games for good players," he said. "The other clubs don't really come and look at the little teams."

Menival, which is where France international centre-back Umtiti started his career, is one of 26 local amateur clubs with whom Lyon have established partnerships. Lyon put on training sessions for their partner clubs, as well as providing equipment and sharing advice on structural development. Additional perks include free match tickets.

In return, if any promising young players come through the ranks at a partner club, a channel of communication with Lyon's academy will already be open. Whereas previously, in Laval's words, clubs like Menival felt like Lyon were "pillaging" them, now the relationship is reciprocal.

A network that Bonneau established enables Lyon to keep an eye out for any promising players emerging in other areas of France. He managed to spirit Ben Arfa and Martial away from beneath the noses of recruiters in the Paris suburbs, while Alassane Plea, who is now at Borussia Monchengladbach, arrived from the Lille region before being sold to Nice in 2014.

Bonneau, who left Lyon for Swiss club Servette FC last year, would go to watch a young player "between 12 and 15 times" if he got a tip-off and left nothing to chance, following up on every report he received.

Once a young player has joined the club, it is a case of drilling them day after day until they develop the discipline to succeed as a professional footballer. Garrido, who Ben Arfa described as "hard but fair," said the club's academy coaches have a duty to the players in their care to make them understand the dedication it takes to succeed at the highest level.

"We're very demanding with them," said the 63-year-old, who now works in the club's youth recruitment department. "Lots of rigour, lots of work. You have to talk to them a lot and make them understand that what we're asking from them is for their own good.

"If you're not able to communicate that to them, the failure is yours."

Lyon's recruiters have always paid particular attention to a player's home environment and lifestyle, ever alert to off-field issues that could derail a promising youth career further down the tracks. The 398 players at the academy—248 boys and 150 girls—each follow personal-development projects that are evaluated every three months.

Lyon have also taken steps to mitigate the psychological pressures that are an inevitable consequence of being part of the youth set-up at a major European football club. In 2015 the club set up a mental wellness programme that enables players aged 12 and above to speak to a mental preparation coach, participate in weekly yoga sessions, learn breathing exercises and undergo conversational hypnotherapy.

"We said to ourselves, ‘We're very good from a technical perspective, from a tactical perspective and from an athletic perspective. But what about the mental perspective?'" Vulliez said, sitting on a black leather couch in a first-floor meeting room overlooking the academy's main pitch.

"So we decided to create a programme that would help our young players to develop their mental skills. At the beginning, people looked at us a little bit suspiciously. Now it's become natural. And we see the results on the pitch."

Lyon's new academy facility opened in the summer of 2016 and stands with the 59,186-seater Groupama Stadium, which opened earlier the same year, as a gleaming symbol of OL's future.

If there is a cloud on the horizon, it is the increasing risk that young players will be persuaded to leave the club before they have broken into the first-team squad. In a well-publicised case last summer, promising teenage forward Willem Geubbels left for AS Monaco in a €20 million deal, having made only four first-team appearances. Lyon said they had made "extraordinary efforts" to make him stay. Martial made the same move five years earlier, costing Monaco €5 million, after a similarly brief exposure to senior football.

Vulliez cannot disguise his disappointment over Geubbels' departure, which he attributes to an "explosion" in the market for teenage footballers in the last two to three years, but he is adamant that Lyon will not bow to wage demands that "do not correspond to our values." Despite increasing competition for young players' signatures, he is confident that Lyon's academy will continue to thrive in the years ahead.

"We're a very solid house," he said. "We have good foundations, the club is healthy, and we have a president who will continue to invest in youth coaching. We have experience in scouting, which helps us to find the very, very good players. And we want to continue evolving."

The club's ambition is to win the Champions League with a team largely made up of homegrown players. It may prove to be a forlorn hope, given the vast resources at the disposal of some of their rivals, but if Lyon come up short, it will not be for want of trying. 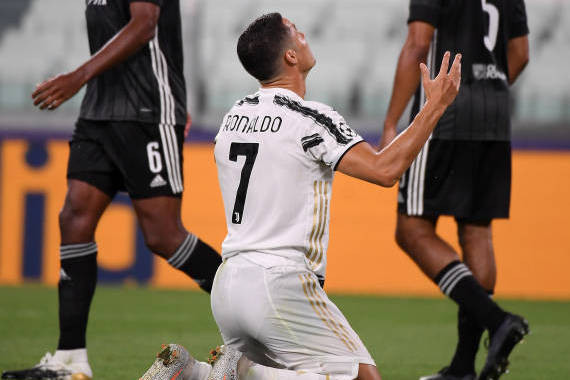