If the Duke Blue Devils and Kentucky Wildcats are as dominant as they were Saturday for the rest of the season, they could be on a collision course for the national championship in April.

Duke stormed past NC State behind a triple-double from R.J. Barrett and yet another strong performance out of Zion Williamson.

While Duke caught our attention for a bit Saturday, it was Kentucky who stole the show, trampling top-ranked Tennessee at Rupp Arena.

In addition to the headlines made by two of the sport's marquee programs, a star out of the Big South Conference joined an elite group of scorers. 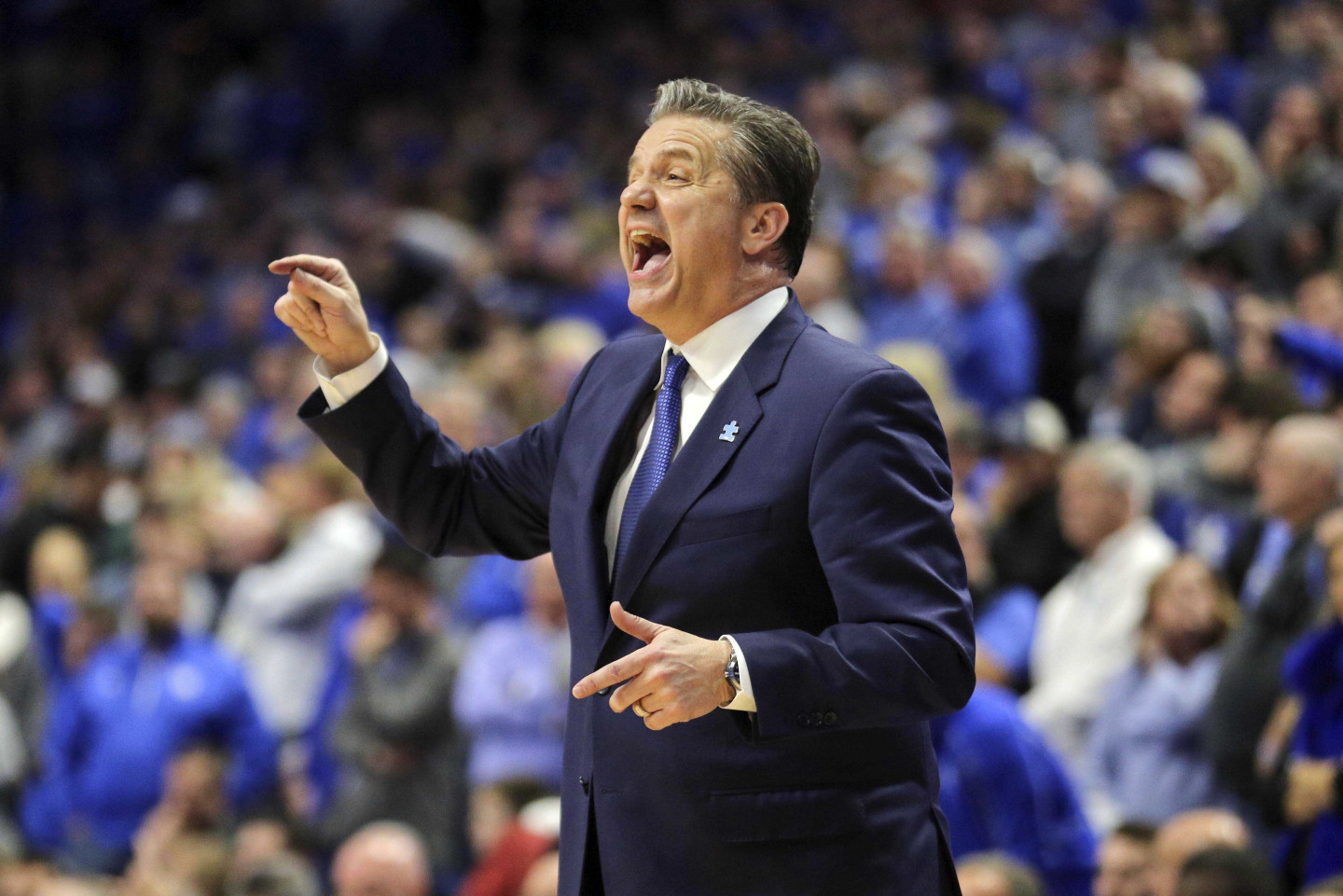 Barrett Impresses in Front of Mayweather

You won't see an ending with crazier consecutive bounces. 😱 @IowaHoops gets the most important roll: The last one. https://t.co/l2IlwZ2yUW

Chris Beard is HEATED. He wanted Texas Tech to run out the clock, instead they went alley-oop in the final seconds when they were up 23. https://t.co/xwqo3nKhNw

.@Xaviersimpson3's going all Captain Hook on the competition again. https://t.co/ua5rMvfMS2

Steal and Slam For Texas' Roach

Anyone have 7 feet of space on their wall for a new poster? 😬 @jreaves23 silences Mackey Arena with a thunderous @PennStateMBB jam: https://t.co/SlqUscro4u

The latest impressive feat achieved by a Duke freshman came Saturday in the home victory over NC State, as Barrett became the first Duke player since Shelden Williams in 2006 to record a triple-double, per ESPN Stats & Info:

RJ Barrett recorded the 4th triple-double in Duke history on Saturday, and the first since Shelden Williams in 2006. Barrett scored or assisted on 47 percent of Duke's points vs NC State. https://t.co/kNnPH628pp

Barrett scored 23 points, brought down 11 rebounds and handed out 10 assists to help Duke move to 11-1 in the ACC.

Williamson, who scored a team-high 32 points, had some fun critiquing Barrett after the game, per Luke DeCock of the News and Observer:

Zion Williamson was asked to rate RJ Barrett's triple double, Barrett being a notoriously stingy judge of Williamson's dunks: "7.5. If he gets a quadruple double, then I'll give him a 10."

Since losing to Syracuse at home on January 14, the Blue Devils have reeled off nine straight victories—but they have only knocked off three ranked teams during the streak.

Starting with Wednesday's clash at Cameron Indoor Stadium with rival North Carolina, the Blue Devils finish their ACC slate with three clashes against ranked foes, two of which are against the Tar Heels.

Kentucky took out all of its frustration from losing on a last-second shot to LSU on Tuesday on the top-ranked Tennessee Volunteers on Saturday.

The Wildcats were in control for most of the second half and were able to absorb a push made by the Vols in the middle of the final stanza.

Tennessee head coach Rick Barnes had nothing but praise for how John Calipari's team performed, per The Athletic's Kyle Tucker:

Rick Barnes on Kentucky: “They were terrific. John had them ready to play. They dominated us every way you could be dominated.” And adds his team got into one-on-one stuff, “most selfish we’ve been all season.”

The victory moved Calipari's record against No. 1 teams to 5-4, which is the only winning mark out of 87 coaches with seven or more games versus top-ranked programs, per ESPN Stats & Info:

Saturday's emphatic victory vaulted the Wildcats into the conversation for a No. 1 seed in the NCAA tournament, and there's a strong chance that happens, as five of their final six SEC regular-season games are against unranked foes.

However, the one matchup against a ranked opponent comes against Tennessee on March 2, which carries more intrigue now since the Vols will be motivated to prove Saturday's showing was just a fluke.

Campbell senior Chris Clemons became the ninth player in NCAA Division I history to eclipse the 3,000-point mark Saturday in his team's loss to Presbyterian.

Clemons reached the milestone with 5:45 left in the contest, and he told NCAA.com's Andy Katz after the game that the moment still hadn't registered.

"It's still kinda surreal right now," Clemons said. "I haven't been able to really think about how amazing or how unprecedented it is."

As College GameDay's official Twitter account noted, Clemons can move into eighth place on the all-time Division I scoring chart with three points in his next game against High Point:

Chris Clemons is 3 points away from passing Hersey Hawkins for 8th on the all-time scoring list 🔥 https://t.co/1qZPdPWAHp