The Los Angeles Lakers' LeBron James and New Orleans Pelicans' Anthony Davis reportedly met for dinner in L.A. on Friday night after the Lakers' 112-104 victory over the Pelicans.

Chris Haynes of Yahoo Sports reported the update Saturday after James caused a stir Tuesday by telling ESPN's Dave McMenamin it would be "amazing" to play alongside the superstar power forward.

LeBron James takes on the hullabaloo about his Anthony Davis quote. This was good. https://t.co/ErJadhnOJ7

Although the three-time NBA champion downplayed the significance of his Davis remark, some NBA general managers expressed concern to Adrian Wojnarowski of ESPN.com about whether the league is properly enforcing its tampering rules.

"It's New Orleans' problem today, and a problem with a different player tomorrow for the rest of us," an Eastern Conference GM said. "It's open season on small markets and our players."

Meanwhile, Davis explained to ESPN's Zach Lowe earlier in the week he's not concerning himself with discussions about the future right now.

"I don't really care," he said. "Obviously, it's cool to hear any high-caliber player say they want to play with me. But my job is to turn this team around. If we're 15-17, that means I'm not doing my job." 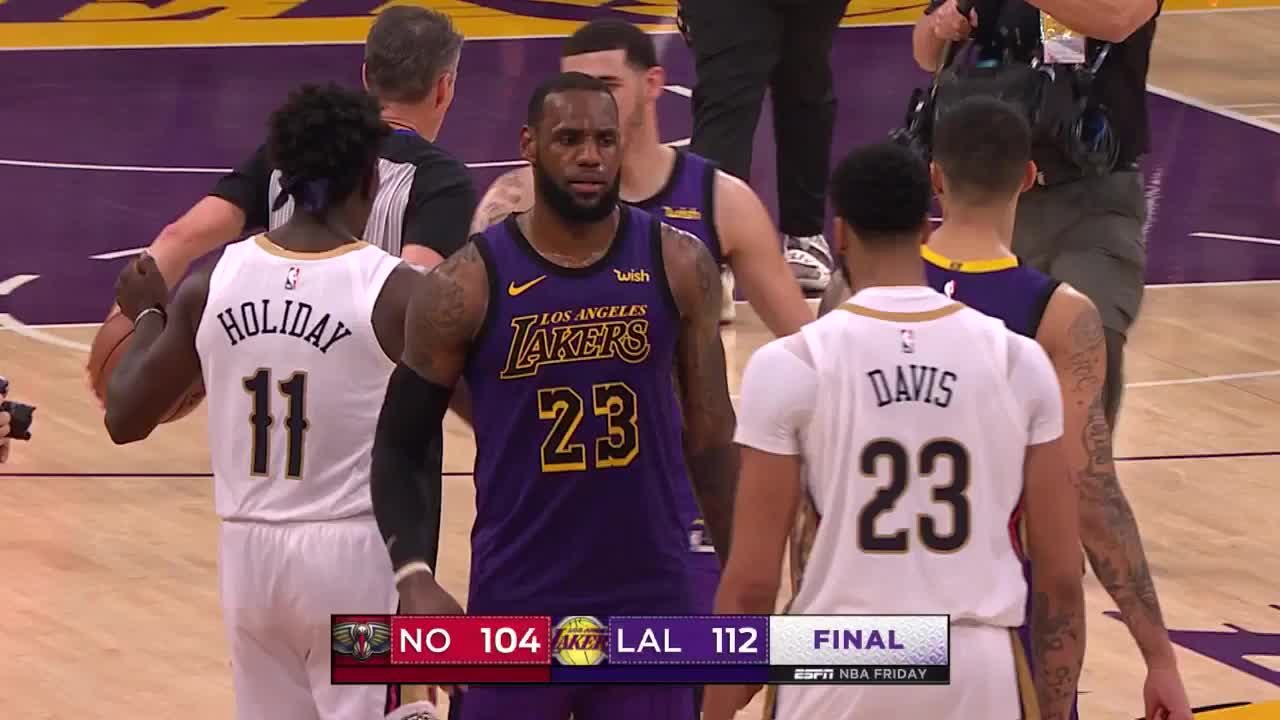 Yet, Haynes noted Davis purchased a $7.5 million home in Los Angles earlier this year and, while other teams such as the Boston Celtics are monitoring the situation, an L.A. endgame could become reality: "The Lakers are a legitimate threat to pry Davis from the Pelicans. And if that's what he wants, as many believe, there really will be no stopping him."

Davis is under contract with the Pelicans through the 2019-20 season, so the only way for the Lakers to acquire him in the short term would be via trade. New Orleans head coach Alvin Gentry ruled out that possibility ahead of Friday's game.

The question is whether the franchise's stance could change as the first overall pick in the 2012 NBA draft inches closer to free agency with the allure of James and the Lakers looming.

Garrett Brooks
via The Lead