San Francisco Giants left-handed starting pitcher Madison Bumgarner could be on the move, per Jon Morosi of MLB Network:

Madison Bumgarner’s trade market now coming into focus. #Phillies have spoken with #SFGiants about him and have a greater need for a left-handed co-ace with Patrick Corbin signing with rival #Nats. #Brewers are another possible destination. @MLB @MLBNetwork

A three-time World Series champion, Bumgarner has never had an ERA higher than 3.37 since joining the San Francisco rotation in 2010. The 29-year-old is also a dominant postseason pitcher, going 8-3 with a 2.11 ERA in 16 career games.

The Philadelphia Phillies and Milwaukee Brewers' interest in Bumgarner makes sense for both sides.

The Phils are on the rise and increased their win total by 14 games from 2017 to 2018. They were in first place by themselves as late as August 11 before a late-summer swoon. Clearly, they're looking to take the next step.

Philadelphia already has an ace in Aaron Nola, but putting Bumgarner next to him in the rotation arguably creates the best one-two starter punch in baseball. If the Phillies make the playoffs, those two together will be a fantastic asset.

The Brewers were one win away from the World Series last year despite being heavily reliant on their phenomenal bullpen to eat huge chunks of innings. The starting pitching staff needs an anchor to absorb innings and give the 'pen some rest, which is something Bumgarner has proven to do during his career.

Meanwhile, the Giants have won 64 and 73 games in their last two seasons, respectively, and need to rebuild the team. Bumgarner is arguably the team's best asset, so a trade makes sense from their perspective even though dealing a team legend will be difficult.

The question is what Bumgarner the league will see in 2019. Injuries have marred Bumgarner's last couple seasons, as he's made just 38 starts. The southpaw amassed a 10-16 record and 3.29 ERA during that span.

Furthermore, his strikeout rate dipped to a career-low of 19.8 percent per FanGraphs. His fastball velocity also resided at 90.9 mph last year, which tied his lowest mark since 2010.

Still, Bumgarner is one of the best pitchers in the game at his peak. If he has a full and healthy 2019 campaign, he should be a rock in the rotation yet again.

Takeaways from Giants' 5-1 Loss to The. Astros 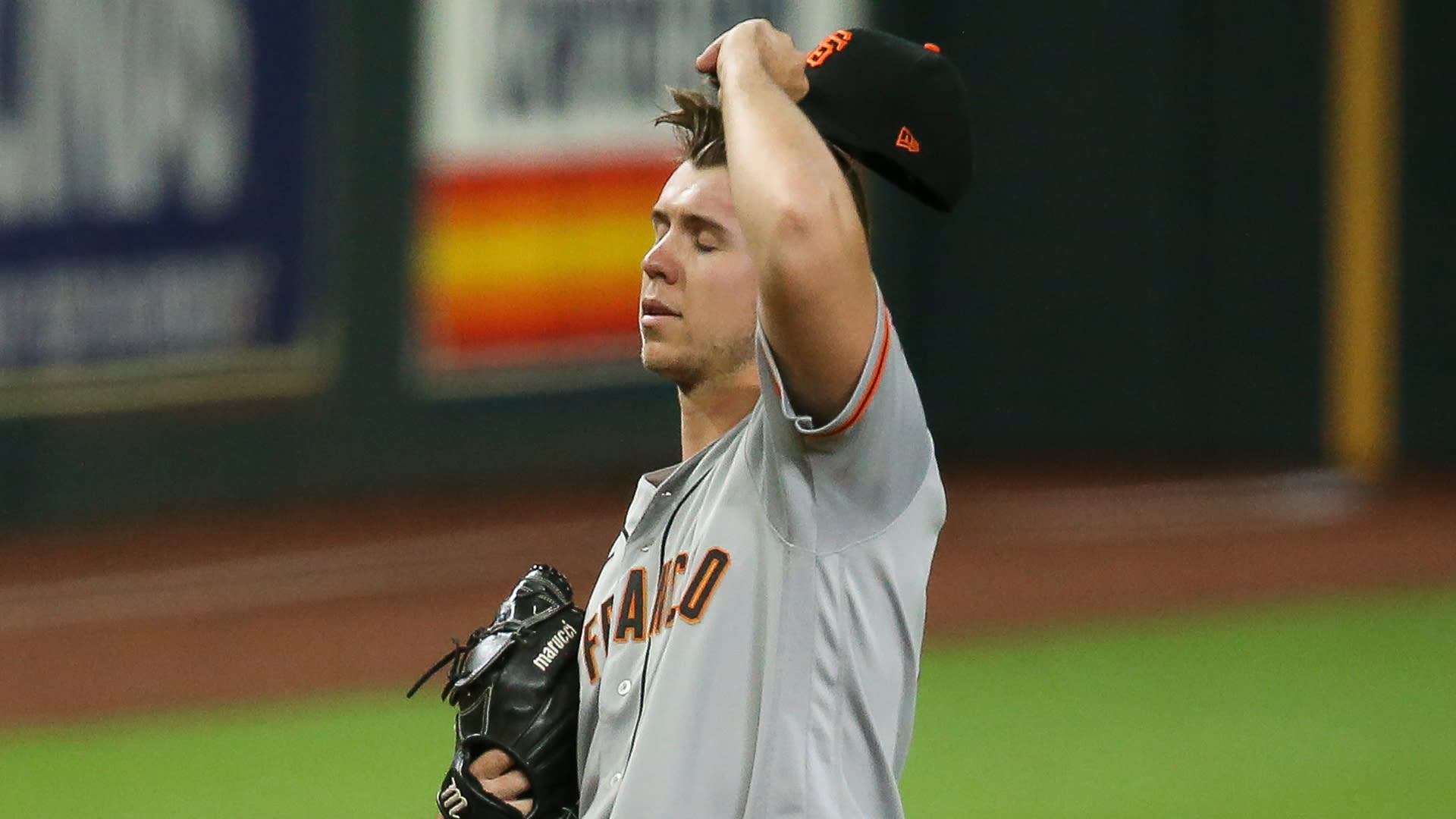 Takeaways from Giants' 5-1 Loss to The. Astros