Carmelo Anthony is without a home in the NBA after he and the Houston Rockets agreed to "part ways" following 10 games this season.

As Anthony awaits his official release from the team, Brian Windhorst of ESPN.com reported that league executives told him that they believe the forward may "have played his last game."

Windhorst made it clear on ESPN's The Jump that he didn't believe that would be the case.

Anthony is one of the more decorated scorers in NBA history, as he ranks 20th all-time in points per game. The surefire Hall of Famer has enjoyed a fantastic career that also includes an NCAA championship with Syracuse and three Olympic gold medals with Team USA.

However, Melo's game has seen a precipitous decline after he was traded from the New York Knicks to the Oklahoma City Thunder in 2017.

A lifetime 44.9 percent shooter, Anthony hit just 40.4 percent of his shots in 2017-18. He also ranked just 76th out of 88 qualified power forwards in defensive real plus-minus, per ESPN.

After signing with the Houston Rockets following his release, Anthony was supposed to form a new Big Three with the backcourt of James Harden and Chris Paul. While Harden and Paul missed a combined five games during Anthony's 10-game Rockets tenure, the team went just 4-6 as Anthony hit only 40.5 percent of his shots and connected on just 32.8 percent of three-point attempts. He was also 77th in defensive real plus-minus out of 91 qualified power forwards. 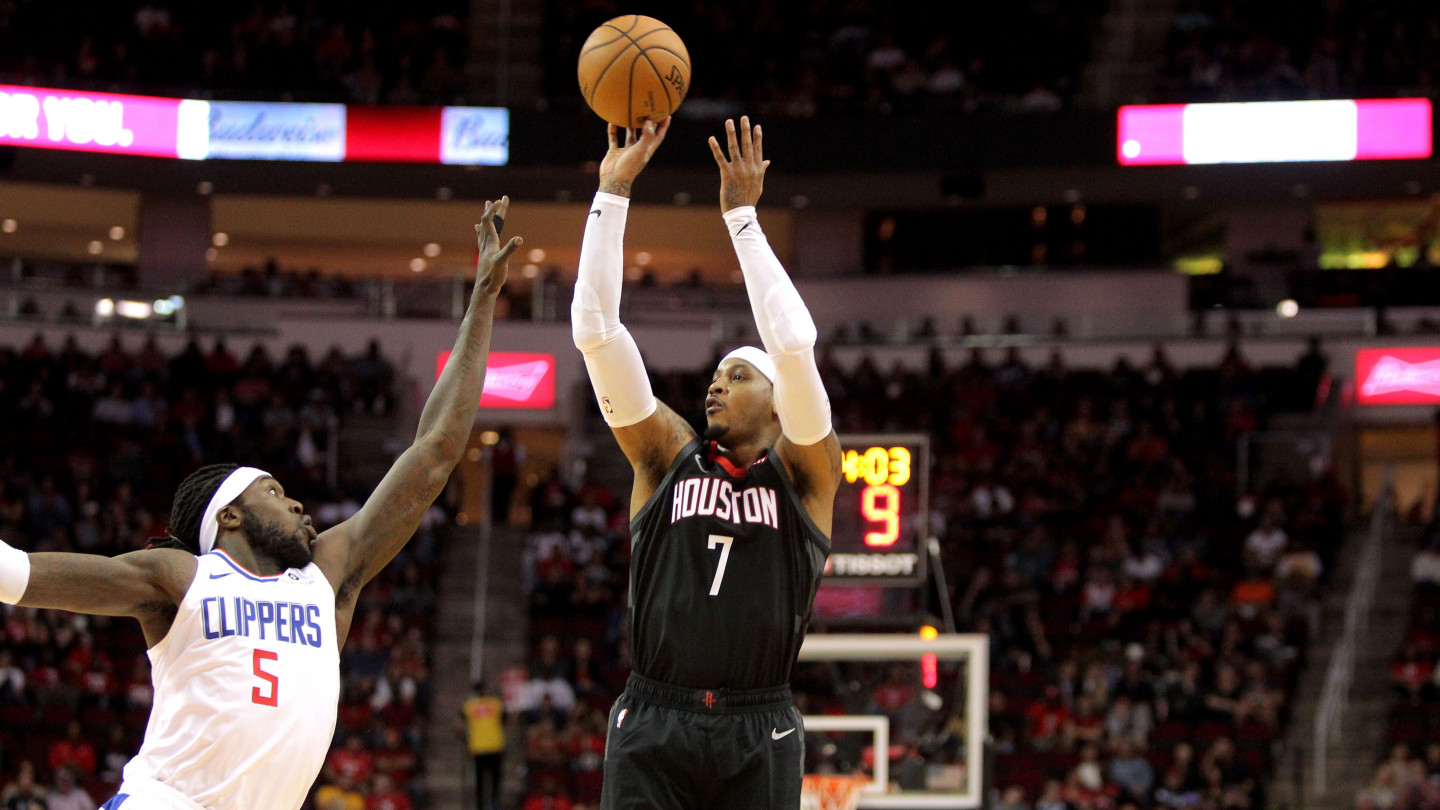 At this point in his career, Anthony could certainly provide some scoring punch off the bench for a team looking to boost its second unit's offensive output. However, his days as a consistent starter and bedrock for a team's offense are likely over.

Still, there's certainly no shame in Anthony's recent struggles, given his incredible resume and the amount of basketball mileage the veteran has accumulated over the years.

He was called upon to be a team's primary scorer from his 2003-04 rookie season, after being drafted third overall by the Denver Nuggets, until his final year with the Knicks in 2016-17. That's a heavy burden for any player, and Anthony may be paying the price for that now in what may be the twilight of his career.