Atletico Madrid striker Antoine Griezmann has explained his decision to turn down a transfer to Barcelona earlier this year and said his team-mates did everything they could to keep him.

Griezmann was frequently linked with a transfer to the Camp Nou but released a video in June announcing he would remain with Los Rojiblancos. The France forward spoke to Canal Plus (h/t Goal) and noted playing in Messi's shadow was one underlying factor:

"Hard to refuse Barca? It's very difficult. You have Barca who want you, who calls you, who sends messages.

"Unconsciously, being Messi's lieutenant may have played a part. But my team-mates and club people did everything, they came to talk to me, increased my salary. They did everything to show that it was my house and that I shouldn't leave.

"It was really complicated times, especially for my wife where I woke her up at 3 a.m. to talk about it."

In contrast, he remains a highly valued figure at the Wanda Metropolitano, where he said the club showed ambition to "build a project around" him.

Griezmann added manager Diego Simeone had a big hand also: "What tipped the scales? To see my team-mates and especially the coach after a game where I was whistled, he came home by surprise to calm me down and talk with me and show that I had his confidence."

The announcement regarding his decision was drawn out in the lead-up to the World Cup, and Atletico fans might have preferred a more prompt response from their star striker, via Goal:

Antoine Griezmann = troll! 😈 All signs pointed to him revealing whether he will be joining Barcelona next summer ahead of the World Cup, then this happened... https://t.co/Sslfpvqc0E

Nevertheless, they'll be glad the former Real Sociedad maestro opted to remain in the capital, where he has scored six times in 17 appearances this season. One could easily argue aid from the likes of Messi, Luis Suarez and Philippe Coutinho could have helped him to more at the Camp Nou.

In a roundabout way, Barcelona not signing Griezmann has allowed them to strengthen their squad much more intelligently. Central midfield needed improving, as did the defence, and both have been achieved. Next summer they’ll *need* to sign a new striker though.

The previous summer, he turned down interest from Manchester United and remained with Atletico after they saw a 2017 transfer ban upheld, which would have prevented them from signing a replacement.

Instead, Griezmann penned a new contract and agreed to play at least the club's inaugural season at the Wanda Metropolitano, per the Telegraph. That was almost 18 months ago, and his deal until 2023 means he could remain for a number of years yet.

Griezmann attracted some scrutiny in the summer for saying he was playing on a par with Messi and fellow five-time Ballon d'Or winner Cristiano Ronaldo, via ESPN FC:

La Liga stands to benefit from Griezmann's decision to remain at Atletico, where he'll hope to take the fight to Barcelona and return Simeone's side to the summit of Spanish football.

Possession Not Being Turned into Goals for Barca 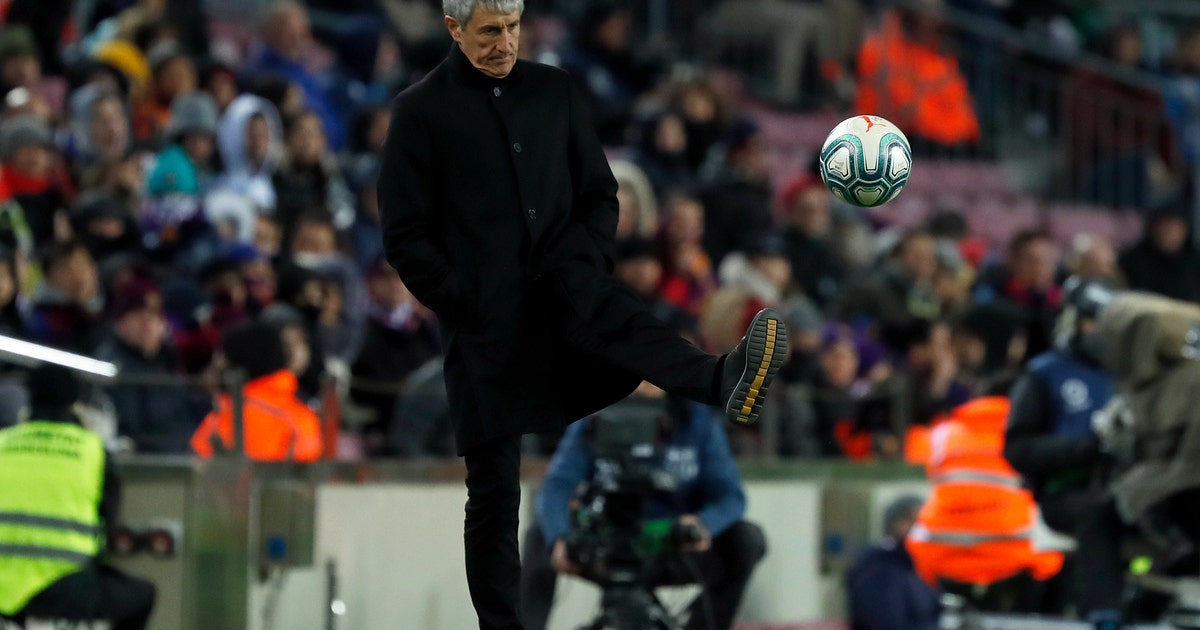 Possession Not Being Turned into Goals for Barca