Manchester United duo Paul Pogba and Anthony Martial have been withdrawn from the France squad for the upcoming fixtures against the Netherlands and Uruguay.

The news was confirmed by the French Football Federation (h/t Tom Coast of Sport Witness) on Monday, with Arsenal's Alexandre Lacazette and Tottenham Hotspur's Moussa Sissoko called up to replace the pair.

Now it's Benjamin Mendy who has pulled out of the France squad! Correctly replaced by namesake Ferland Mendy, who has been excellent so far this season for Lyon. https://t.co/cQQJNd4ZaY

Per Coast, Pogba is suffering from a thigh problem, whereas Martial has a groin issue. The Red Devils players are said to have had a medical with the France team doctor Franck Le Gall, and neither was deemed fit enough to take part in the upcoming matches.

Pogba was left out of the United squad for Sunday's 3-1 loss against Manchester City after he picked up a knock against Juventus in the UEFA Champions League. Martial did play in that fixture and continued his excellent recent run in front of goal by scoring a penalty.

Pogba was a key part of the team that won the 2018 FIFA World Cup for France and has been a regular in the XI of manager Didier Deschamps for a while. Martial, by contrast, hasn't played for Les Bleus since March and was left out of the squad that tasted glory in Russia in the summer.

The youngster has bounced back well from that setback, and he is enjoying his best run in front of goal in a United shirt.

With his penalty at City on Sunday, he netted for the fifth consecutive Premier League game for the Red Devils, an accomplishment that only some high-class players have managed for the Old Trafford club:

Given the form he's in, Martial will be disappointed not to get a chance to show what he can do for France. Not only was he absent in the summer, but the nation is also blessed with many star attackers and a number of players capable of rivalling Martial for a spot in the side.

Pogba has also been enjoying an upturn in form recently, and after watching United overrun on Sunday by City in midfield, it's clear he's missed when he isn't available:

Pogba’s fingerprints are on just about every positive moment of United’s season. He, far more than De Bruyne, was the most significant absentee today. Maybe in his absence, he’ll be appreciated more. Then again, maybe not https://t.co/zi3Sm3Kkkl

Sissoko will be pleased to get another chance with the national side following his recent renaissance at Tottenham. Lacazette, meanwhile, has been brilliant for Arsenal in the early weeks of the campaign, establishing himself as one of the most dangerous forwards in the Premier League.

France are in action against the Netherlands in the UEFA Nations League on Friday in Rotterdam, before they return to Paris on Tuesday for a repeat of their World Cup quarter-final against Uruguay. 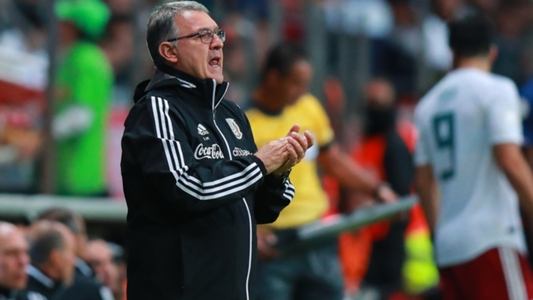