Amid clutter and chaos in the Western Conference, high above unexpectedly slow starts from a few presumed powers, there stands an unlikely source of stable dominance: the Denver Nuggets.

Oh, the Golden State Warriors are there, too. They're always there. Their reign over the West is neither new nor news. The race to catch them, to apply any sort of pressure whatsoever to them, is an entirely different matter.

Pressed about which teams would give Golden State its greatest challenge this time around, experts and amateurs alike preempted 2018-19 with common refrains:

It would be the Houston Rockets, obviously. Or maybe it would be the Utah Jazz. It could definitely, maybe be the Oklahoma City Thunder. Doesn't LeBron James play for the Los Angeles Lakers now? It might be—yeah, actually, it won't be them. The Rockets for sure then, weakened wing rotation and all. Probably.

Smatterings of smart people entertained the Nuggets. Suggesting they have come out of nowhere does a disservice to last season's telltale, if unspectacular, 46-win campaign and a surging sector of NBA Twitter's belief that Nikola Jokic is religion.

This, though? Almost no one could have predicted this. Of the few open-minded enough to think it, not many dared voice it. Fifty-plus wins? Sure. Home-court advantage in the first round of the playoffs? Definitely. A dark-horse, no-stakes, stab-in-the-dark, having-fun-on-this-podcast, four-craft-beers-deep pick to chase the No. 2 seed? Why not. 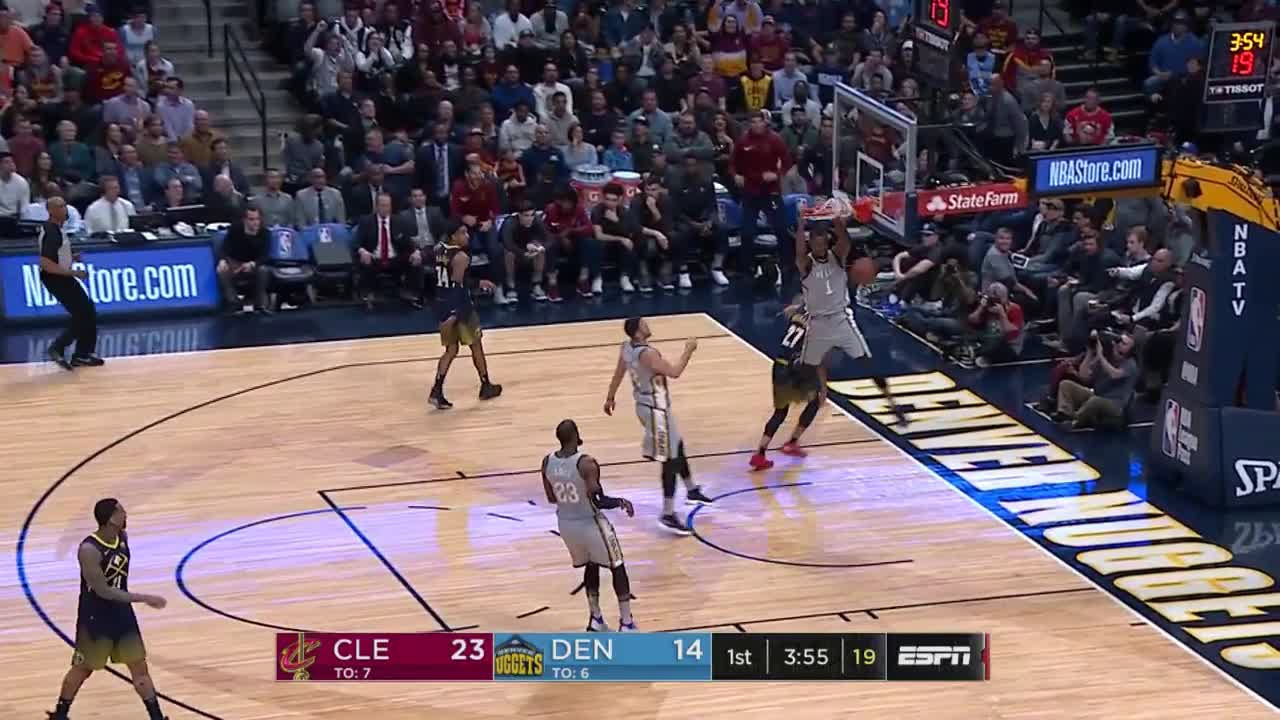 The Nuggets have the fifth-best point differential per 100 possessions against an almost-average schedule. They have clawed past the Warriors, dismantled the Jazz and outlasted the Boston Celtics. They have more wins after entering crunch time than any other team.

Most impressively, Denver's defense is allowing 101.6 points per 100 possessions—the second-best mark in the league.

After their 115-107 victory over the Boston Celtics, the Denver Nuggets are now 9-1. Here's how all #MileHighBasketball players have fared in TPA during the 2018-19 season: https://t.co/JshvYI2wYG

Small sample sizes demand skepticism, and the Nuggets are barely one-eighth of the way through their schedule. Eleven games can prove something, but not everything.

Denver caught the New Orleans Pelicans without Anthony Davis. It took overtime to beat the Chicago Bulls. At least one of the Celtics and Jazz are shells of their eventual selves.

The defense will regress. It has to regress. Last year's 23rd-place finish is not this season's top-five sleeper. It can't be. The Nuggets need more than a healthy Paul Millsap and hyperaggressive pick-and-roll coverages to earn an irrevocable gold star.

Treading water near the tippy-top of the West takes untold stamina. Just three games separated last season's No. 3 and No. 9 seeds. In the absence of the 2017-18 Rockets, the Warriors' near-equal, no other team is guaranteed a cakewalk to second-tier contention. Ascribing merit to the Nuggets' performance out of the gate is one thing. Going any further requires longevity that cannot be substituted with premature flexing or pious optimism.

But the inverse of this argument cannot be thrown by the wayside. The Nuggets' place in the West has not come unimpeded. They've navigated bad luck. They're not without affecting flaws. And yet, they're still winning.

What if they're not only for real but also haven't yet peaked?

Another fair question. Just as the Nuggets' perceived weakness has become a crutch—their defensive rating in clutch situations ranks fifth—some of their expected strengths are failing them.

Denver has been far from perfect and yet still towers over most of the West.Bart Young/Getty Images

Will Barton's recovery from surgery on his hip and core muscles has decimated a wing rotation that, without rookie Michael Porter Jr., was never deep in the first place. The starting lineup, Denver's should-be safe haven, is feeling the squeeze with Torrey Craig in Barton's place. That five-man unit is scoring under 102 points per 100 possessions, committing turnovers at alarming rates and an overall net negative, according to Cleaning the Glass.

Juan Hernangomez is a cleaner offensive fit beside Jokic, Millsap, Gary Harris and Jamal Murray, but head coach Mike Malone has to weigh the potential tradeoff in the second unit. Remove Hernangomez, and the bench is shooting 27.1 percent from beyond the arc. (That number falls to 24.8 percent if you include Craig's outside clip.)

Offense in general has become something of a chore for the Nuggets. They're 10th in points scored per 100 possessions and supernovaing all over opponents with Jokic on the court, but they labor through stretches without him. Their offensive rating drops by 12.8 points when he catches a breather.

This isn't a revelation. Denver's output plunged by 11.7 points per 100 possessions without Jokic last season. A more seasoned Murray, fully integrated Millsap and low-key Harris were supposed to help bridge that differential. So, too, were Barton and Isaiah Thomas. It hasn't panned out as planned.

Thomas has yet to make his debut as he continues to rehab his hip. Barton is injured. Lineups featuring Harris, Millsap or Murray without Jokic have survived—and in some cases, thrived—within bench-heavy units pitted predominantly against other second-stringers.

Denver's offense has actually looked more vulnerable at times with its best players working in tandem, which accounts for that fragile feeling. Harris finishes well around the basket and is getting to the free-throw line more than ever. Murray is an eternal spark plug and just hung a 48-burger on Boston's league-best defense. Both are shooting threes at well below their career averages:

The Nuggets are 9-1 and Jamal Murray and Gary Harris are shooting a combined 29.2 percent from three. That's gonna go up. Jokic's 37.9 might go up too.

Millsap hasn't exactly set the world on fire himself. He's putting down 33.3 percent of his treys and looks far more comfortable from mid-range. Trey Lyles has followed up last year's 38.1 percent clip from downtown with a career-worst 20.5 percent this season on identical volume.

The Nuggets as a group aren't capitalizing on their highest-quality looks. They're shooting a combined 32.5 percent on open and wide-open three-pointers. Only the Washington Wizards (32 percent), Orlando Magic (31.6 percent), Detroit Pistons (30 percent) and Thunder (29.9 percent) are faring worse on those attempts.

This long-range struggle will turn. The Nuggets shot 37.1 percent from deep overall and 37.5 percent on their open and wide-open opportunities just a year ago, and they haven't overhauled their roster. Barton's return will bolster their spacing. Harris and Murray will just straight bury more of their threes.

Denver's on-again, off-again offense may also be a symptom of the NBA's shifting pace. Almost everyone else is playing faster. The Nuggets are an exception.

They're averaging 14.7 seconds per offensive possession, the same as last year, according to Inpredictable. The difference is, while that mark ranked 16th in 2017-18, it now places 23rd. Denver could be flat-out gassed from playing more aggressive defense versus extra-speedy offenses.

If all else fails, the Nuggets can return to basics, slot their four best statistical shooters around Jokic and cheat code it up:

Figuring out the wing rotation is a larger headache. Failing a midseason trade—they should already have googly eyes for Justin Holiday—the Nuggets don't enjoy the depth to withstand the slightest hiccup. Barton's return helps there as well, but only so much depending on how they feel about Craig's offense and all things Malik Beasley. As of now, they cannot afford for Hernangomez to ever cool off.

Maintaining the defense is the Nuggets' biggest burden of all. Colossal improvement is the fairest thing to doubt. As Denver Stiffs' Ryan Blackburn noted, they're the lone team to post top-10 marks in opponent effective field-goal percentage, turnover rate, offensive rebounding percentage and free-throw-attempt rate. That is, frankly, not sustainable.

Still, arguments in favor of significant regression must go beyond the just-because factor. The Nuggets have squared off against five top-12 offenses (holy Sacramento Kings), losing only once, and the Jokic-as-liability trope is getting old.

Denver's defensive rating rises by only a smidge with its superstar in the lineup. That feels less than implausible when you watch him. Jokic has quick hands he uses to thwart passing lanes and can stand up at the rim when not tasked with making recovery rotations. Maybe an attacking pick-and-roll coverage eventually shows cracks—the Memphis Grizzlies exposed it—but Millsap's portability protects the defense against the worst of Jokic in the half-court.

It likewise helps that the Nuggets aren't reading too much into early returns. Their goal for this season is more measured.

"We're not asking [the team] to be a top-10 defense," assistant coach Wes Unseld Jr. told The Ringer's Paolo Uggetti. "In a perfect world, we are, and if we get there, great. But we can't be 28th, 29th in the league. With our offense, if we get to be average on defense, we're beyond a 50-plus-win team.”

Millsap should ensure Denver's defensive performance is at leas a modicum of sustainable.Jonathan Daniel/Getty Images

Spot the untenable aspect of the Nuggets' scorching-hot start when looked at in these adjusted terms. Opponents won't shoot a preposterously low mark on open threes forever, and they have to cut down transition opportunities if they're going to cap looks at the rim. But the offense will, inevitably, offset whatever relapse the defense incurs.

To find fault in their improvement completely rejects their capacity to hover at or around the league average. That abuses license for suspicion. The Nuggets were middle-of-the-pack defensively last season during Millsap's stints alongside both Jokic and Murray. Setting their sights on that is hardly reaching.

Buy into even a sliver of Denver's defensive rise, and that doesn't leave much to pooh-pooh. Nothing about their start hints at a total undoing or damning void.

Jokic's numbers are not an anomaly. (His recent low-volume shooting slump will pass.) The offense is due for at least a tiny boom. Some combination of a healthy Barton, Porter or Thomas could augment the rotation.

Sure, on paper, the Nuggets do not have the deepest or most balanced roster. That shouldn't change. They're occupying the real estate directly behind the Warriors anyway.

That may not change, either.

Unless otherwise noted, stats courtesy of NBA.com or Basketball Reference and accurate leading into games on Nov. 7. Salary and cap-hold information via Basketball Insiders and RealGM. 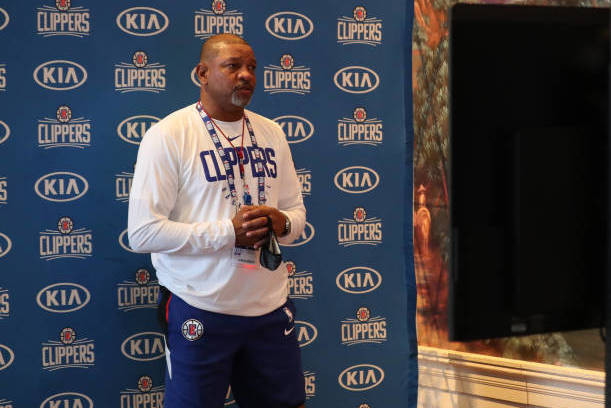 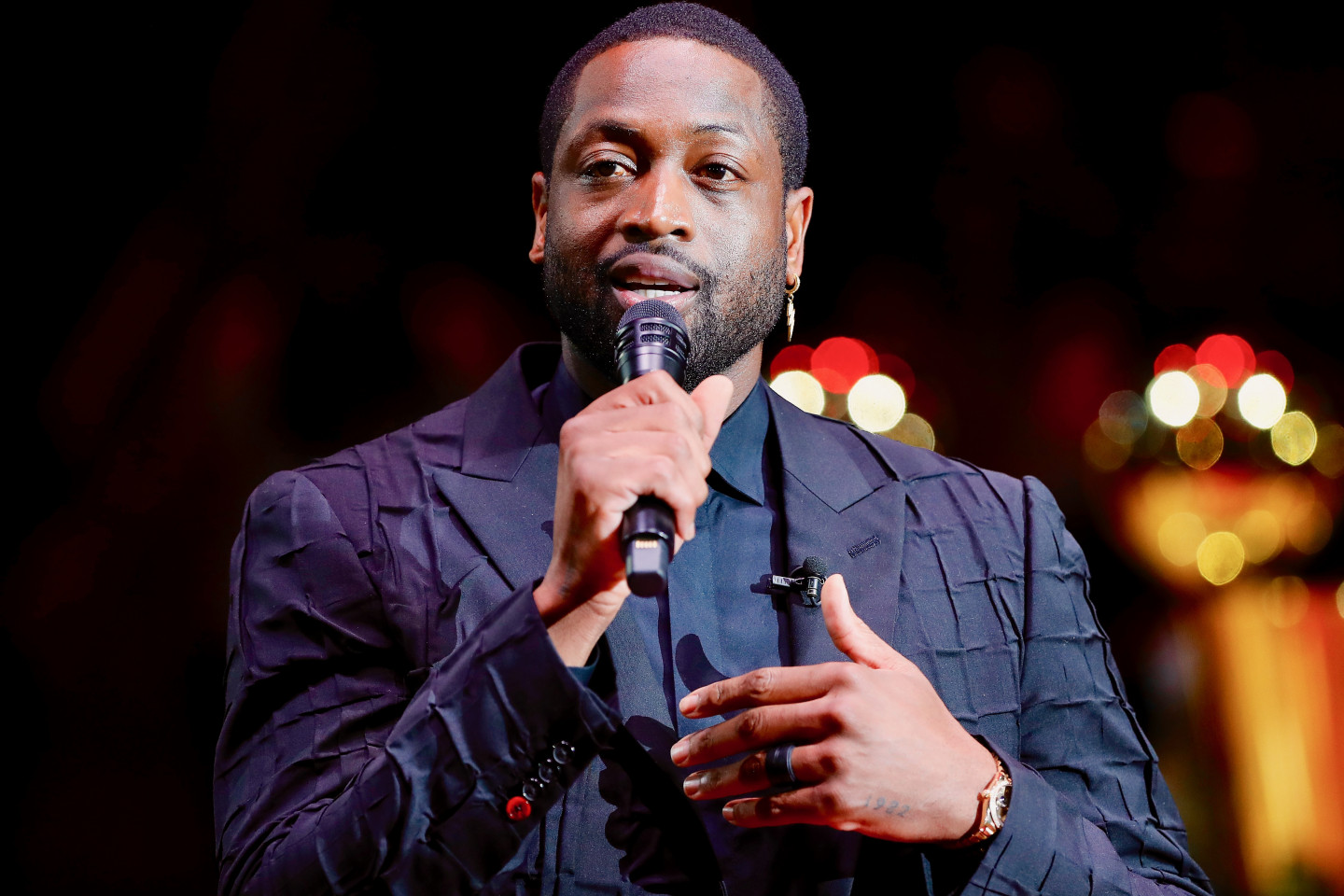