It's Saturday morning and after some last-minute tinkering, you're finally happy with your team. This is going to be the weekend when your motley crew of cut-price defenders finally keep some clean sheets, your midfielders finally chip in with some assists, and the big-name striker for whom you rejigged your entire team in order to accommodate finally ends his goal drought.

By Saturday evening, the dream is dust. Your new signing didn't even start. Your big-name striker scored one point. The mid-table winger who you almost signed but didn't because you thought his form was a flash in the pan scored for the fourth game running. Your captain turned his ankle in the 16th minute.

Fortunately, one guy did score some points. That full-back from the promoted team who you took a punt on in pre-season helped his side keep an unexpected clean sheet, set up the winning goal and was awarded the maximum three bonus points.

Unfortunately, he's on your bench.

SCOUT: None of the 26 most-owned #FPL defenders of GW11 registered a clean sheet https://t.co/HE6MPd9ty8 This is fantasy football, a world within a world where the scorers are more important than the scores, you know more about the latest Bournemouth team news than even diehard Cherries fans and "who got the assist?" seems like a perfectly legitimate thing to ask the stranger in the queue at the supermarket who's just punched the air after getting a goal update on his phone.

The one consolation with fantasy football is that with over 5.8 million people around the world playing this season's official Fantasy Premier League game (and countless other fantasy games on the market), you are not alone. So what's the key to getting it right?

For Mark McGettigan, who has finished in the FPL's top 500 three times in the last four years, it doesn't pay to start thinking about your team too far before the start of the season.

"I never pay too much attention to the pre-season games," says McGettigan, whose FPL General Twitter account has over 45,000 followers. "A lot of people can spend five or six weeks tinkering with their team before the season starts, and you just drive yourself crazy."

I intend to bank a transfer this week but there will be some serious surgery performed during the international break. Four transfers (-8) a possibility. Nobody is safe. Angry General.

Whilst pre-season matches tend not to offer many clues as to how a Premier League team will line up once the season begins for real, reigning FPL champion Yusuf Sheikh says they can shine a light on potential under-selected players who could break through—known in fantasy football circles as "differentials"—and give you an edge over your mini-league rivals.

"I try to figure out who might be a breakout star for the season and try to get someone before everyone else catches up," says Sheikh, who topped the FPL pile in 2017-18 with Yusuf's Team.

"I integrate them with players like [Sergio] Aguero who I know will be consistent from previous seasons."

The FPL game's "form" figures show which players are cresting a wave at any particular time, and when determining how long a player's hot streak is likely to last, it's important to keep an eye on his team's upcoming fixtures. But for those FPL players targeting the top 500, the in-game metrics can only tell you so much.

"The main ones are obviously goals and assists, but I look at a lot of underlying statistics as well," McGettigan explains.

Some fantasy football aficionados recommend watching matches on TV—the so-called eye test—both to scout for potential signings and to keep tabs on the players who are already in your squad.

"You end up watching games that you wouldn't be interested in ordinarily," confesses Holly Shand, founder of the Fantasy Football Community website and on track for a finish in the top 2,000 this season with her team, Holly Gunnar Solskjaer. "Because you've got a player in a team that's playing, you find yourself watching a match between two mid-table teams."

Everyone has Aguero captain, Hazard, Alonso and a City defender/keeper today right? https://t.co/jCY0kGD7X5

(As a counterpoint to the eye-test theory, Simon March won the 2014-15 FPL title despite being based in Singapore and watching hardly any live matches over the course of the season.)

It might be all well and good keeping tabs on the form guide, but a successful fantasy football manager must also take risks. Riyad Mahrez went through a fallow patch with Leicester towards the end of last season, but Sheikh kept the Algerian as his captain (meaning Mahrez's weekly score was doubled). Having had his wisdom teasingly called into question by his friends, he was doubly delighted when the gamble paid off.

"My friends were like, 'What? You had a chance to be in the top 10 or the top 50, then you go and pick Mahrez. You're going to blow it,'" recalls Sheikh, a 27-year-old electrical engineer from Tanzania.

"Then Mahrez goes and scores a 97th-minute free-kick [in a 1-1 draw with Bournemouth]. I was watching the game with the lads, and I remember jumping up and running around screaming."

Sheikh's captaincy decisions proved crucial on the season's final weekend. He lay sixth in the overall standings going into the 38th and last gameweek, but unlike his rivals, he still retained his Triple Captain chip (which triples—rather than simply doubles—the captain's score). Sheikh entrusted Mohamed Salah with the armband, and the Egyptian produced a goal and an assist in Liverpool's 4-0 win over Brighton to catapult Yusuf's Team to glory.

Those who have scaled the FPL heights underline the importance of patience and say that the urge to make sweeping changes to underperforming teams should be resisted at all times, especially as multiple transfers can cost four points per move.

"Sometimes people go for that knee-jerk reaction of taking onboard what's happened one weekend and automatically assuming the same thing's going to happen the next week," Shand says. "You need to look long term, rather than chasing the points you've missed."

McGettigan spends five to six hours researching transfers and adjusting his team per week but says that it's important to know when to switch off.

"I have a rule that if I end up going out for a few beers on a Friday, I leave the phone at home or delete the FPL app," he says. "There's horror stories out there of people waking up with Andy Carroll in their team. I try to avoid that."

Someone needs to stop me bringing in Andy Carroll #fpl

From humble beginnings in the 2002-03 season, when under 76,000 teams took part, Fantasy Premier League has mushroomed into a social phenomenon, approaching 6 million teams and a sprawling international cottage industry of websites, forums, YouTube channels and social media accounts.

Sheikh's triumph last season made him a local celebrity in Dar es Salaam and earned him a glut of prizes, including VIP tickets to a pair of Premier League games. He's planning to take in Liverpool's trip to Manchester United in February and the north London derby between host Tottenham and Arsenal in March.

Nearly six months on from his moment in the sun, Sheikh's crown has not so much slipped as fallen off his head completely. After 11 gameweeks, his team sits just outside of the top 1 million, and to the mocking delight of his closest friends, he has drifted into mid-table obscurity in their 26-team private mini-league, Barclays Bongo.

"This season I'm not doing so well in my mini-league, and to them, it doesn't matter how I did last season. They're actually making fun of me," he says. "They're like, 'What happened last season? Was that luck?' There's a lot of jokes flying around, and I'm now at the centre."

Prem Players Can 'Walk Away' on June 30

Out of contract players are under no obligation to stay for extended season, according to a sports lawyer

Prem Players Can 'Walk Away' on June 30

Could Klopp's former star be headed to Liverpool? 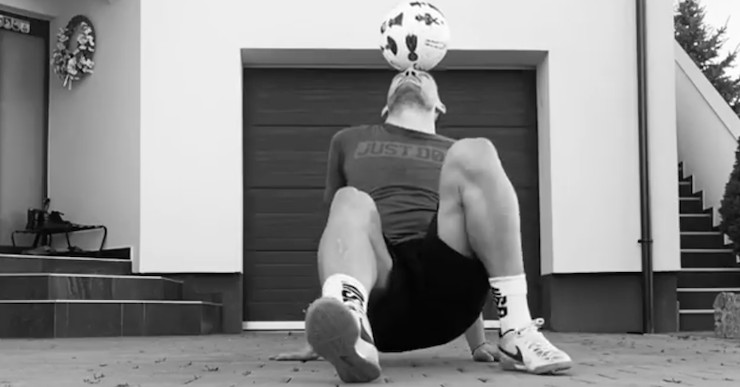