PACIFIC PALISADES, Calif. — One tweet, 10 words: "I didn't come to Arizona to run the triple-option."

One tweet, one purposeful and poignant tweet from a football player who three months earlier was an unknown backup on a struggling team, changed the way they do business at the University of Arizona and laid the groundwork for similar change elsewhere in college sports.

A paradigm shift may be coming in the way athletes and universities view their complex relationships. The days of players being excluded from key university decisions that affect them may be on the verge of a dynamic detour.

"I want our student-athletes to have a voice," says Arizona president Dr. Robert Robbins. "I want them to be disruptive problem solvers."

Years from now we may look back at that moment in January when Arizona quarterback Khalil Tate tweeted out those 10 words that essentially torpedoed Navy coach Ken Niumatalolo's candidacy as the Wildcats' new coach—and eventually led to Kevin Sumlin's hire—as the beginning of innovative change in the way college sports operate.

The superstar player takes a stand; a willing university proactively responds. Tate's explanation of those indispensable minutes that started it all is as revealing as it is refreshing.

"I knew exactly what I was doing when I tweeted that out," Tate told Bleacher Report. "I don't do Twitter. When I tweet something, I download the app, tweet, then delete the app from my phone. So when I tweet, it's important."

He pauses because he sees the contradiction ahead. He didn't want to run Niumatalolo's triple option, but he ran the read option to near perfection in 2017 for the Wildcats—making a meteoric rise from backup to Heisman Trophy candidate in only 10 games. But the triple option is more dangerous, he says. The quarterback takes more hits in what is almost exclusively a ground-oriented attack.

"I had to make sure I was heard, make sure the team was heard, because my teammates didn't want to run the triple option, either," Tate continues. "So the idea was to tweet it out, let it get traction, then delete it. I knew people reading it would say, 'Why did he delete it?' But that just magnifies it more."

Says Robbins: "I saw it, and I thought, wow, man, the power of social media."

This is where it gets serious, where the idea of player power—a force that has yet to be harnessed in college sports—comes into focus. It's a power Tate not only seized, but directed.

"I didn't want to go about the situation and then just be, OK, he's the new coach, I don't care. Because I did care. We did care as a team," Tate said. "I knew tweeting that would create a buzz and maybe not get (Niumatalolo) as our coach. I think Ken Niumatalolo is a great coach. It's nothing against him. But I think it was important to say what I had to say and let everyone know that we're not just going to be quiet and let things happen. We're going to be heard."

They're going to be disruptive problem solvers.

Soon after, Tate began speaking to Arizona athletic director Dave Heeke on a regular basis about the coaching search. Tate says Heeke would meet with candidates and then get Tate's thoughts.

"I was basically the spokesman for our team," Tate said. "I would tell (Heeke), I like this, I don't like that."

When asked if Arizona would've moved from its eventual choice of Sumlin as head coach on his suggestion, Tate says, "Maybe. I think it definitely would've been a discussion. The process would've lingered on a little longer. I'm just very grateful that they allowed me to be part of the process. Dr. Robbins and Dave Heeke, I consider them friends. We talk all the time. I want to win a championship here. To even be mentioned as a Heisman Trophy candidate is just crazy to me.

"But maybe the best thing I think I could do, the best legacy I could leave, is be an inspiration to players at other schools. How cool would that be to say, 'We did this together with the president and athletic director, and you can do it, too'?"

Robbins, an internationally renowned cardiac surgeon who left his job as president and CEO of Texas Medical Center, arrived in Tucson 13 months ago to tackle the behemoth that is higher education.

He has turned everything sideways since he arrived at Arizona, a one-man agent of change. His No. 1 goal: to make Arizona a student-centric university.

He draws parallels to the healthcare system, which he says is "not really designed to serve the patient, but is changing."

"We're trying to change it," Robbins said. "I have a hammer and everything looks like a nail."

The biggest nail of all is player compensation.

University presidents rarely talk about player compensation, and if they do, the conversation begins and ends with the athletic scholarships the players receive or the recently approved cost-of-attendance scholarship stipends.

"We need to do as much as we can to support the players," Robbins says. "There are issues and complexities of paying players, but I wouldn't be against the concept. There needs to be serious dialogue with all involved. Everyone should be at the table, including current student-athletes. I'd be open to any ideas. I certainly would not say, 'Never should we pay the players.' I want to make it fair. I would be a strong advocate for sitting down and beginning an open dialogue."

When Sumlin—who declined comment for this story—was at Texas A&M, his first season in 2012 included the development of a transformative player like Tate in quarterback Johnny Manziel, who went on to win the Heisman Trophy as a redshirt freshman. Manziel was barely 20 years old, and the college football world was mesmerized by his quick feet, talented arm and magnetic personality. Tate, a rising junior, won't turn 20 until mid-October.

Before his sophomore season, it was reported that Manziel signed memorabilia for money, leading to a fiery social debate on student-athletes and their ability to keep (and profit off) their name, image and likeness. Players relinquish that ability when accepting an NCAA scholarship, a rule the NCAA has spent millions defending (most recently in the Ed O'Bannon case).

Not surprisingly, Robbins says he's intrigued by the Olympic model, which allows student-athletes to keep that money.

"They could potentially benefit from their name," he says. "Manziel got money for that, and I'd be open to any possibilities or discussion of that."

Tate is strolling around the field at Palisades Charter School, his life forever changed after 10 games last season. For years, he was never the big draw at Steve Clarkson's annual Dreammaker camp, an event that features elite quarterbacks from college and high school working with those as young as five.

Brian Tate first brought his son, Khalil, to the camp 12 years ago for the exposure and to see if Khalil liked it. Now, his son, who was taught by his father and grandmother how to hold a ball and throw a spiral, is the quarterback everyone is trying to emulate.

Sumlin and his staff have done everything possible to clamp down on the Manziel comparisons and the Heisman hype—even holding him out of campus interviews all offseason—but such talk is inevitable as the season nears.

"It's amazing how much my life has changed in such a short time," Khalil says.

One day you're a backup quarterback, the next you're setting records and joining the Heisman Trophy race. It was that quick, and that surreal.

All it took was an injury to starting quarterback Brandon Dawkins on the opening drive of Arizona's Week 5 game against Colorado to set it all in motion. Tate replaced Dawkins and led Arizona to a 45-42 victory, setting an FBS record for rushing yards by a quarterback (327 yards) on only 14 carries. He had touchdown runs of 75, 58, 47 and 28 yards, and threw for 154 yards and a touchdown.

He finished last season with 1,411 yards rushing and 12 touchdowns, and also threw for 1,591 yards and 14 touchdowns, completing 62 percent of his passes. His 9.2 average yards per carry led the nation.

Tate didn't take a snap in the two games before he replaced Dawkins. But after Arizona gave up a late touchdown in a bowl loss to Purdue, Tate was firmly entrenched as the sport's next great star.

He knew it, and Arizona knew it—and Tate acted on it a month later.

"I have always been a proponent of him having a voice, but to do it in a respectful manner," Brian Tate said. "We talk about social injustices, we talk about having a say in your future. That's America, the world we live in. You have to know what's happening around you in order to affect change. He has the platform now, and that's what he's trying to do."

Said former UCLA quarterback Josh Rosen, a vocal proponent of player rights: "(Tate) saw the value and the power of social media. That power is a lot bigger than anyone thinks. It's important for players to feel as though we have a voice, that they're listening to us."

Earlier this spring, Tate worked with the university to record videos for the "I Am, I Can, I Will" Arizona student-athlete motto. Every new athlete who enrolls at Arizona learns the Wildcat Way of thinking, doing, living and choosing.

Yeah, it's corny, but consider this: The foundation of the Wildcat Way is personal leadership; influential and transcendent leadership in serving something greater than yourself.

"This thing is a lot bigger than me," Tate said. "Knowing that is a blessing because it has helped me keep my head on straight."

Want someone or something—or some team—to root for this season? Check out Arizona and Tate. The more the Wildcats win, the more Tate's tweet grows in power and influence.

"I went home to Los Angeles on (spring) break and I was with my grandmother," Tate said. "All of my friends were saying, 'Did you see what Khalil did?' She was really proud, and that kind of put it in perspective for me. Everyone realizes how important it is."

Revolutionary change just might be closer than you think. 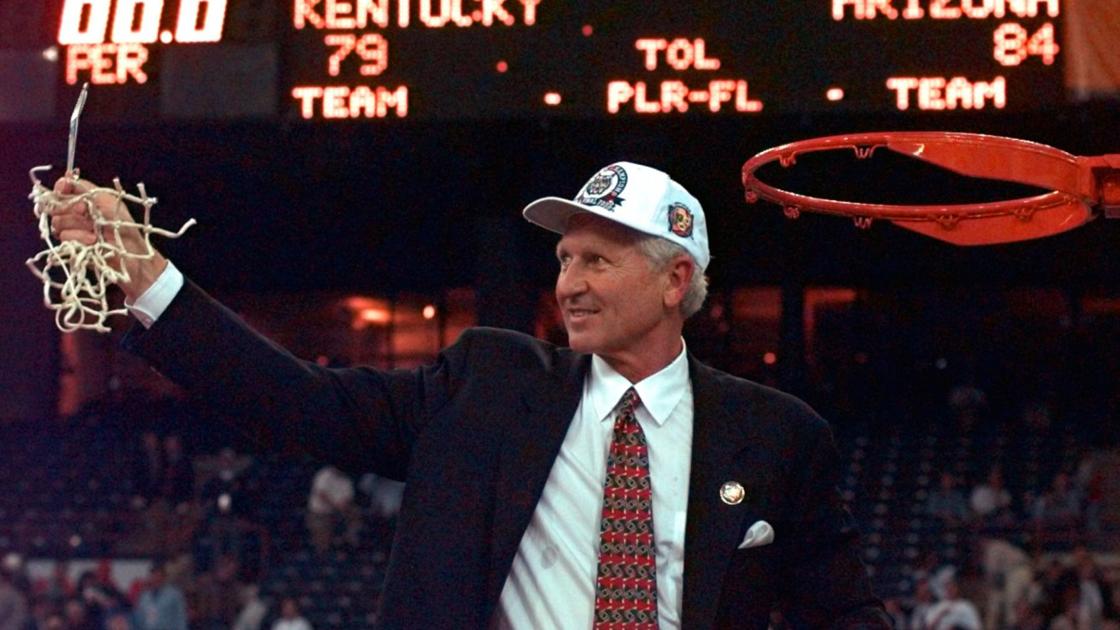 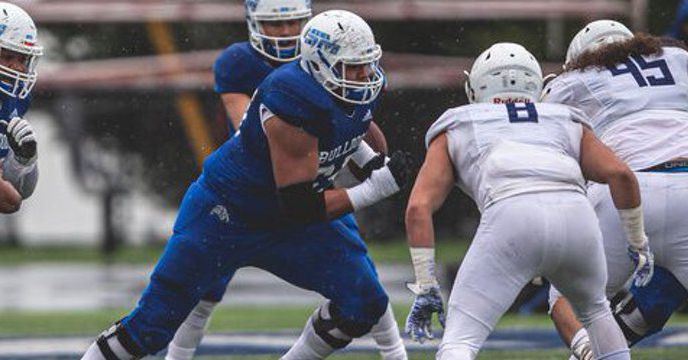