Manchester United have reportedly agreed to sell Daley Blind to Ajax for an initial £14 million fee.

According to BBC Sport's Simon Stone, Blind will rejoin his former side on a four-year contract in a deal that will see United bring in more the £13.8 million they handed Ajax in 2014.

They may yet profit even further from his sale back to the Dutch club, as the fee could rise to £18.5 million.

Spent day travelling so not fully across but know @ManUtd we’re keen to get it done before they head to States on Sunday to save Blind an unnecessary trip.

The 28-year-old fell out of favour at Old Trafford last season; while he started all six of United's UEFA Champions League group-stage matches, he played just seven times in the Premier League and often failed to even make the bench.

However, as Samuel Luckhurst of the Manchester Evening News noted, he has been a good player for the Red Devils:

Daley Blind has been decent for #mufc. Frugal buy, excellent at left-back and centre-back for Van Gaal and first season under Mourinho was bookended by brilliant form. Was exceptional in the Europa League final. Last season was a shocker.

In light of last season, though, football writer Ryan Baldi believes the move is a good one for all parties:

Daley Blind back to Ajax from Man United for €16m is a good deal for all involved. United get good money for a guy who only played 361 PL minutes last season; Ajax get an experienced, versatile player who is still only 28 and was Dutch Player of the Year when he was last there

The Netherlands international is an excellent utility player who can play at centre-back, left-back or in midfield, albeit he occasionally struggled in the latter position in the Premier League because of his lack of pace.

That may be slightly less of an issue away from the rigours of English football, and Blind will likely play a key role at Ajax, where he won four Eredivisie titles before heading to Old Trafford. 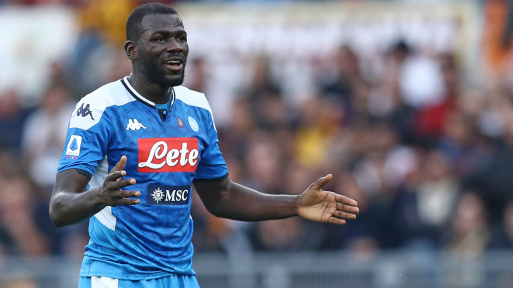 Pogba Tweet Could Signal the Launch of New Boots

Pogba Tweet Could Signal the Launch of New Boots