Lamar Jackson recently disclosed he wasn't aware some teams wanted him to run routes at the NFL Scouting Combine until he was approached by a Los Angeles Chargers scout who inquired about the possibility of seeing him work out as a receiver.

"It was a Chargers scout who told me about it," Jackson told the Baltimore Ravens' The Lounge Podcast (h/t Pro Football Talk's Mike Florio). "He was the first one to come to me about it. I'm like, 'What?' He caught me off guard with it. I even made a face at first like, 'What?' I thought he was trying to be funny, but he kept going with it. So it just became blown out of proportion."

Jackson added he opted not to run the 40-yard dash because he only wanted teams to view him as a quarterback prospect:

"So that was the first time I heard it, I was like, 'What?' Like he was like, 'Oh, Lamar are you gonna go out for wide receiver routes?' I was like...'No...I don't recall saying that, I don't remember telling you guys I'd go out for receiver routes.' I'm like, 'No, quarterback only.' So that made me not run the 40 and participate in all the other stuff."

The Ravens, of course, have been adamant that they view Jackson as a quarterback and will work to refine his skills as a pocket passer in the months ahead.

"[Focusing on things like] footwork," he added. "Just how we go about the footwork—the base, wide-base, short-style, all those things that we'll work on from Day 1, both pre-practice and post-practice."

And while the Ravens have Jackson penciled in as their quarterback of the future, head coach John Harbaugh has admitted he'd like to find a way to use the 2016 Heisman Trophy winner this season as a gadget player.

"Gosh, I sure like him out there helping us," Harbaugh said, according to ESPN.com's Jamison Hensley. "If you put two quarterbacks on the field at once, what options does it create for our offense? That's what we're trying to figure out." 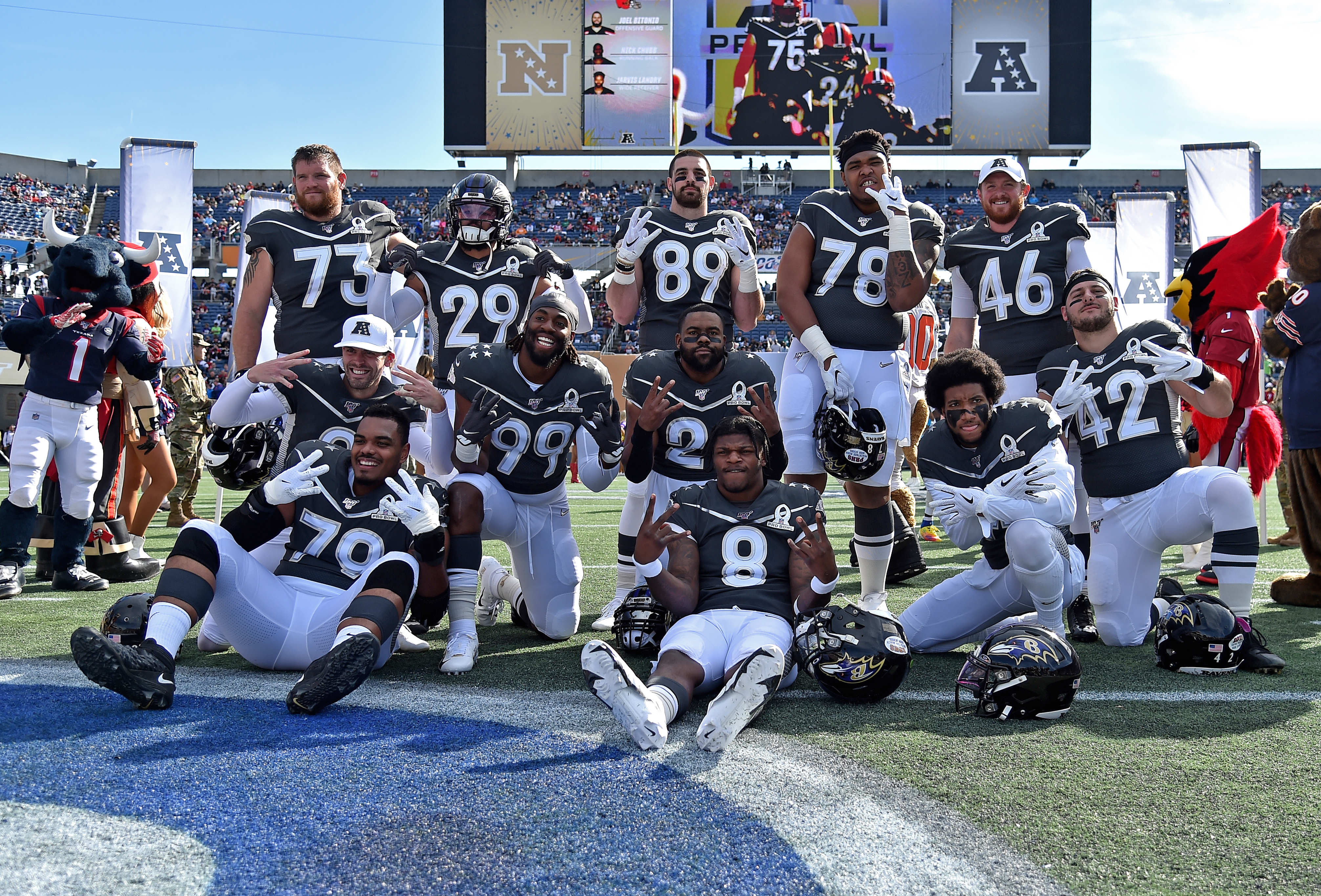