With Saturday's Preakness Stakes nearly upon us, there does not seem to be much competition for Kentucky Derby winner Justify other than runner-up Good Magic among the eight horses racing in this year's field at Pimlico Race Course in Baltimore.

Much like the conditions at Churchill Downs for the Kentucky Derby two weeks ago, the wet track at Pimlico is set up perfectly for Justify to win the second leg of the Triple Crown as the -225 favorite (bet $225 to win $100) on the 2018 Preakness Stakes odds at sportsbooks monitored by OddsShark.

Rain remains in the weather forecast, but that should not put a damper on the festivities for the Preakness, especially considering Justify and Good Magic both ran well in the Kentucky Derby. Good Magic is still listed as the +325 second choice (bet $100 to win $325) after finishing 2.5 lengths behind Justify at Churchill.

This is also obviously expected to be another battle between trainers Bob Baffert (Justify) and Chad Brown (Good Magic), as they have won two of the last three Preakness Stakes.

The post positions do not mean nearly as much with such a small field, although Baffert has enjoyed some past success in the No. 7 spot that Justify will start from on Saturday. Lookin At Lucky (2010) and Silver Charm (1997) each previously won the Preakness for him from that position.

Good Magic will begin the race from the No. 5 post position, and two horses have won the Preakness from that spot recently, Exaggerator (2016) and Shackleford (2011). Cloud Computing won from the No. 2 position a year ago.

Bravazo finished sixth in the Kentucky Derby and Lone Sailor eighth as the only other two horses to run in the first Triple Crown race besides Justify and Good Magic. Diamond King won the Federico Tesio Stakes on April 21 at nearby Laurel Park.

For more odds information, betting picks and a breakdown of this week’s top sports betting news check out the OddsShark podcast with Jon Campbell and Andrew Avery. Subscribe on iTunes or listen to it at OddsShark.libsyn.com. 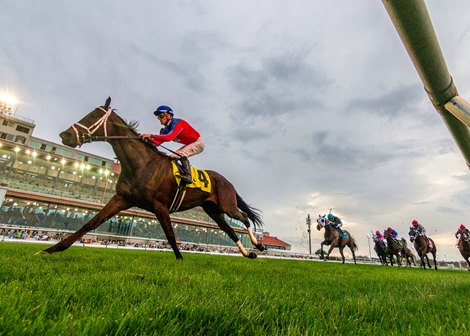 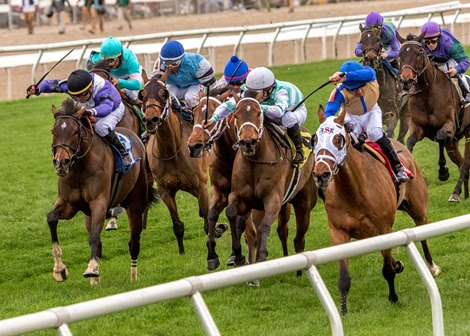