Barcelona manager Ernesto Valverde has encouraged the club's supporters to stay calm despite the delay in Lionel Messi's contract signing.

The iconic forward's current deal at the Camp Nou is set to run out at the end of the campaign, and if a deal remains unsigned beyond the end of 2017, clubs can approach the 30-year-old with a view to agreeing a pre-contract.

But Messi's coach suggested all will be fine regarding the renewal, per Joe Wright of Goal.

"I'd tell them not to worry, and to watch Messi play and realise that he isn't worried," he responded when asked if he had any words of advice for supporters. "It's a pleasure to watch him."

Here's the footage from Valverde's press conference on Friday:

Valverde is not the only figure of note to call for composure as this saga rumbles on, as all the signs point towards a Messi renewal.

La Liga president Javier Tebas recently said at a media event (h/t Sergio Fernandez of Marca) that the deal was agreed. "Contracts are official when they are signed and not when it is announced that they have been signed," he said. "Messi has signed with Barcelona, if I have not been lied to, he has signed."

Additionally, Barca's president Josep Maria Bartomeu told Ernest Folch and Albert Masnou of Sport the deal was "all agreed and signed" back in September.

The La Liga side announced in July that "in the coming weeks, the Argentinian star will sign a new deal that will keep him at the Club for the next four years."

Despite the positive noises from these figures of importance, Barcelona fans will remain edgy about the situation until Messi does put pen to paper.

After all, the forward is an icon at the Camp Nou and remains the finest player in the world in the eyes of many; as noted by OptaJose, he is one of the most potent attacking players in La Liga:

Messi is much more than a goalscorer for Barcelona, though. During his time at the club, he's fulfilled many different roles, and in this current side he's a playmaker, creator and taker of chances.

Messi is having a tremendous campaign.Juan Manuel Serrano Arce/Getty Images

Finding another footballer who is as effective at so many different things is an impossible ask—not necessarily among those currently active in the game, either, but in the history of the sport.

As noted by journalist Rafael Hernandez, Messi is propelling the team towards another title:

&gt;Be Messi &gt;My club has worst summer ever &gt;Put club 8 points ahead of the most talent stacked squad in history &gt;Greatest of All Time 🐐

The fact that Messi could feasibly agree to move away for nothing in just over a month is startling from a Barcelona perspective. While his commitment to the club is undoubted, should a side throw mega money at him in January, there would be a temptation to try a new challenge.

Still, the confidence from the Barcelona camp must count for something, as those making the statements would be made to look extremely silly if he was to move on at this juncture. But if this rumbles on into 2018, panic will surely settle in among the Blaugrana faithful. 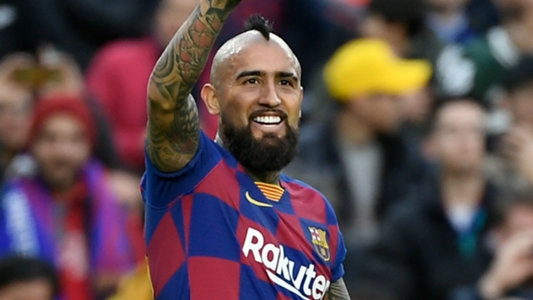