Belgium and Bosnia and Herzegovina served up a fantastic encounter during Saturday's 2018 FIFA World Cup qualifier, with the Red Devils emerging as winners after a 4-3 spectacle.

Thomas Meunier gave the Belgians an early lead, but the hosts improved as the half wore on and hit back through Haris Medunjanin and Edin Visca.

Michy Batshuayi tied things up in the second half, and Jan Vertonghen made up for an earlier blunder by reclaiming the lead for his team.

Dario Dumic continued the excitement with a late equaliser, only to watch Yannick Carrasco restore the Belgian advantage once again.

Here's a look at the two teams:

Belgium came into the clash having already qualified for the World Cup―becoming the first European team to do so, with the exception of the hosts Russia―while Bosnia still had a shot at a play-off spot, leading Greece by one point.

It took the Red Devils less than four minutes to grab the lead, setting up a fluid combination despite dreadful pitch conditions. Meunier had the final touch, but it really was a wonderful team goal.

Per Kristof Terreur of HLN, the Paris Saint-Germain man has been sensational of late for his national team:

Medunjanin tried to hit back after a quick corner, taken short, but Thibaut Courtois was paying attention and made a routine save.

The hosts improved as the half wore on, although they continued to struggle whenever the Belgians pushed the pace. Medunjanin tried his luck from the edge of the box, curling a shot narrowly over the bar, but Courtois appeared to have it covered.

Marouane Fellaini left the pitch with an injury, and Medunjanin tied things up shortly after his substitution, as a cross took a lucky bounce off Thomas Vermaelen and landed right in front of his feet. While it was a lucky deflection, the equaliser was fully deserved.

Per sports writer Jonathan Wilson, it was hardly Courtois' fault:

@sasaibrulj Deflected off Vermaelen - not much Courtois could do. Are you at the game?

And things would get even better for the hosts, as Vertonghen got a goal kick from Asmir Begovic completely wrong, going underneath the ball and giving Visca a free path to the goal. The speedy forward didn't miss, giving Bosnia a shock lead.

Begovic stole the show minutes later, denying Thomas Vermaelen and Batshuayi from close range with two amazing saves.The final chance of the half fell to Batshuayi, who couldn't convert from close range.

The Belgians introduced Youri Tielemans to start the second half, but it was the other substitute, Leander Dendoncker, who headed the first chance wide. Batshuayi, Eden Hazard and Kevin De Bruyne were all involved in a mad scramble moments later, but somehow, the ball did not end up in the goal.

51' What a Belgian pressure in the Bosnian box, corner again ! #BIHBEL #RoadtoRussia #WCQ

A goal seemed inevitable, and it was Batshuayi who converted a rebound from close range after a sensational dribble and shot from Carrasco.

Tielemans drew a fine save from Begovic, as Belgium's pressure continued, and Vertonghen made up for his earlier howler, blasting home from a corner kick.

Per bet365, the goal came on a special night for the Tottenham Hotspur man:

Belgium nearly finished the job minutes later, but somehow, both Batshuayi and Carrasco failed to double the lead with two big chances in quick succession. Vedad Ibisevic went close for the hosts, but his header went wide.

Dzeko had a golden opportunity to tie things up but was denied by Courtois. The stopper had no chance against the resulting corner, however, as a wide-open Dumic scored from close range.

The frantic finale was sealed less than two minutes later, with Carrasco scoring a well-deserved goal from close range. The hosts applied some late pressure and had a few half-looks, but Belgium clung on to their lead in the pouring rain. 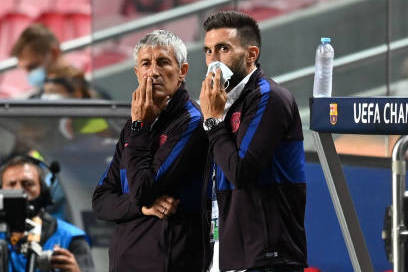