Gareth Bale made his debut for Real Madrid four years ago. It all seemed so easy back then. He arrived in the Spanish capital to huge fanfare, heralded as the most expensive player in the world.

In his first game, away against Villarreal, he only turned out for an hour because he was returning from injury.

It was time enough to score a goal in a 2-2 draw. It augured well. He finished the season with 22 goals, including a wonder goal against Barcelona in the Copa del Rey final and the decisive goal against Atletico Madrid in Lisbon that helped Real Madrid secure their coveted 10th European Cup.

He has begun this season indifferently—he's only bagged one goal in six appearances—and it comes on the back of a campaign of which he missed large chunks because of injury. Real Madrid's fans are starting to get on his back. He was booed doggedly at the Santiago Bernabeu during August's 2-2 tie against Valencia. Despite moments of brilliance, there's a feeling he's underachieved at the club.

"I wouldn't say he's a failure," says Michael Robinson, a European Cup winner with Liverpool who has made a second act in Spain as an award-winning TV presenter and football commentator. "He's unbelievable in the air. He's a tremendous athlete. He's got a prodigious left foot, but has he enamoured fans? I think the jury is still out.

"You go into a cafeteria. People say, 'Crikey, did you see Isco the other day? Did you see Marco Asensio?' Or of course about Cristiano Ronaldo, and sometimes they speak poetically about the subtlety of the footballer Karim Benzema. But very rarely does Bale come up in conversation wherein people are lauding him."

Robinson, who came to Spain in 1987 to play for Osasuna, recognises the challenges Bale has faced in assimilating to a new country. He points out the burden Bale carried, arriving as the world's most expensive player and that he has been shunted out of position to the right wing. The Welshman has also struggled to adapt his buccaneering game to the slower rhythms of La Liga.

"He has difficulty combining with the other players," Robinson says. "Sometimes, he seems to be slightly anarchic."

That is a theme Santiago Segurola, a columnist with Diario AS, picks up on too: "He's a very particular, peculiar player—very British in a Latin world with its different ways. He doesn't have a feeling for the game. He doesn't have vision or an understanding of space. He can't find solutions in small spaces."

Segurola makes the point that few British players who go overseas prosper. Some of England's finest talents over the past half-century, including Jimmy Greaves, Paul Gascoigne and Michael Owen, failed to make a fist of it. The joke was that Ian Rush was so discommoded by his brief Italian experience at Juventus that he thought it was "like living in a foreign country."

Segurola says it's a cultural problem: "In general, British players don't function well overseas. Very few adapt. They don't like the food, the continental lifestyle. They don't learn to speak the language. It's necessary to make an effort to adapt yourself to the place you go because otherwise you will have communication problems and you will feel strange.

"This will be Bale's fifth season. I think this is what has happened a bit to Bale. He's a player whom all his team-mates like. He hasn't given any trouble at Real Madrid, but in this aspect—when it comes to assimilating—he looks like a satellite. He's apart from the team."

Bale's apparent inability to pick up the Spanish language is a stumbling block. Eleonora Giovio recently spent some time with him for an interview with El Pais.

"He doesn't speak Spanish," she says. "The interview was done in English. He was doing a commercial. I was there with him for three hours, and the only word in Spanish I heard him say was 'hola.'

"It's very complicated. Look, David Beckham didn't speak Spanish—after four years he was still doing all his press conferences in English—but I saw Beckham more integrated to the team. He was attractive. It was the time of the Galacticos in Madrid, and Beckham fitted perfectly that profile. Bale, I don't think he is integrated with the team. It doesn't look like he has made any effort to adapt himself—to integrate and learn Spanish, but British players have always been a little bit like that."

One of Bale's sternest challenges is that he might not even hold down his place in Real Madrid's starting XI. "I think this year will be harder for Bale to be a guaranteed starter," Giovio says. "Because of Isco and even more so Marco Asensio, who has been explosive. Nobody can stop his progress."

Bale, it seems, is no longer untouchable. He has been a favourite of Real Madrid's powerful president, Florentino Perez, who inked his €100 million (then £85.3 million) move from Tottenham Hotspur in 2013. Ironically, the president's protection has made life harder at the club for Bale in certain respects.

"Florentino likes him to play all the games," Segurola says. "It's a presidential decision, an institutional decision, not a sporting one. The fans dislike it. [It gives them a licence to] abuse him."

Perhaps Bale's biggest problem since joining Real Madrid is his body has betrayed him. During four years with the team, he has suffered 17 injuries. His injury profile compared to, say, Ronaldo's is illuminating. While Ronaldo has played at least 30 league games for eight seasons over the past decade, Bale has only managed to hit that mark four times over the same time frame. Being so injury-prone has heaped more pressure on Bale.

"He does seem to have a glass jaw," Robinson says. "When injuries happen, when you're inactive, players come into the fold and get chances. All of a sudden, they are doing well. That's what happened to Bale—he was shoved out. It's the first time in a number of seasons the team has a lot of talent—Isco, Asensio, Luka Modric, Toni Kroos. So now we don't speak so much about the BBC."

While comparisons with the prolific Ronaldo—who seems to have tricked Mother Nature by getting better with each year as he advances into his mid-30s—would be unkind to Bale, it is instructive to wonder whether Bale matches up to Benzema, the other member of the vaunted BBC strike force.

"If you ask me, I prefer Benzema," Segurola says. "First, Benzema has scored the same or more goals than Bale over the past four seasons. Second, he is a very generous player—he won't ever generate a conflict with Cristiano. He is the player Cristiano is happiest playing alongside. Third, Benzema, unlike Bale, understands perfectly the game. He can smell it. He feels it. He knows what the priorities are in a match. He disappears for Cristiano to appear. He is more intelligent than Bale."

Will Bale stick it out in Madrid, or is it time to go home to the Premier League? Bale said in a short TV interview after the UEFA Super Cup in August that he was still hungry for more success on the continent. He's already pocketed three Champions League winners' medals with Real Madrid, an unrivalled haul for an overseas British player. He believes there is more to come.

"During my interview with him, he said Spain has yet to see the best Bale," Giovio says.

Robinson believes it could go either way: "This season, we're going to see how Real Madrid evolve. Last season, they left us all with a taste in the mouth that this is really serious—that this team could be a team of an era. [Zinedine] Zidane is playing a hybrid brand of football—let's forget 4-3-3. Positions seemed to disappear. His players were comfortable drifting from one position to another.

Florentino Perez could have the final say on Bale.Gonzalo Arroyo Moreno/Getty Images

"Zidane's playing with more rounded, artisanal footballers. Gareth Bale isn't that kind of player. He can sometimes look like a spare part. If this kind of total football carries on into this season, it could well be that Bale thinks, 'I don't think I'm comfortable with this.' He might think he wants to go back to the UK to the Premier League."

In an inflated transfer market, Real Madrid could cash in on the winger, although Robinson believes Bale won't be pushed out. Perez has invested too much prestige in Bale, whom he bought as a successor to Ronaldo.

"I don't think it will come to a stage when Florentino Perez says, 'Gareth, we want you to go,'" Robinson says. "What is more likely to happen is that Bale or his agent—especially if Bale doesn't command a first-team position—will go and speak to Florentino Perez and say, 'What's going on here? We want off.'" 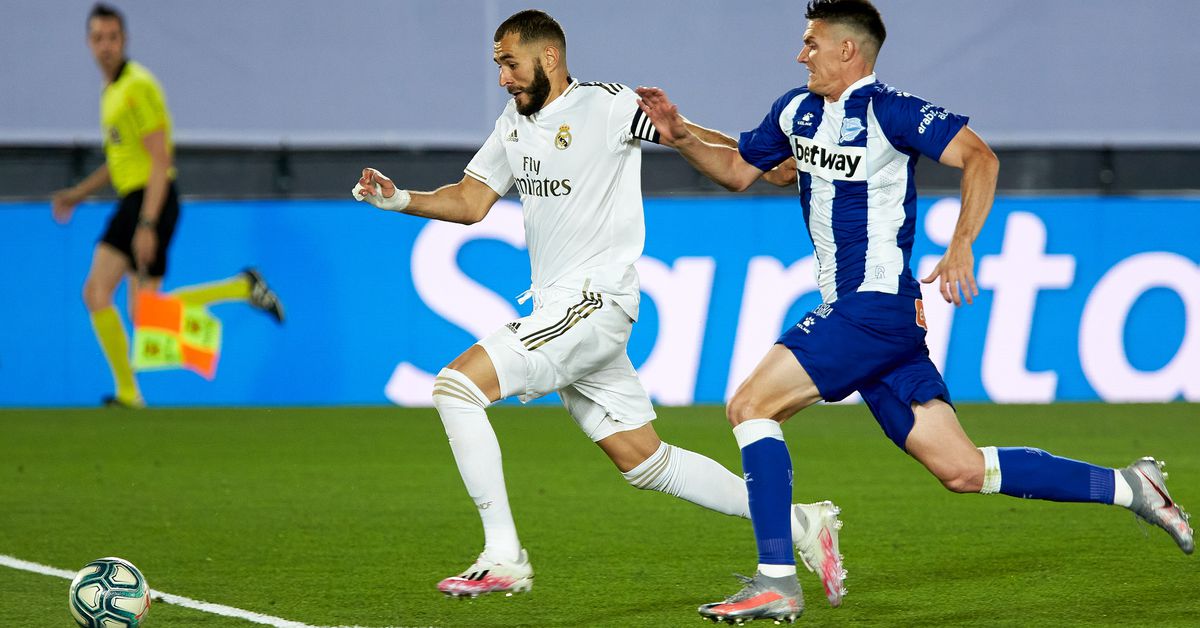 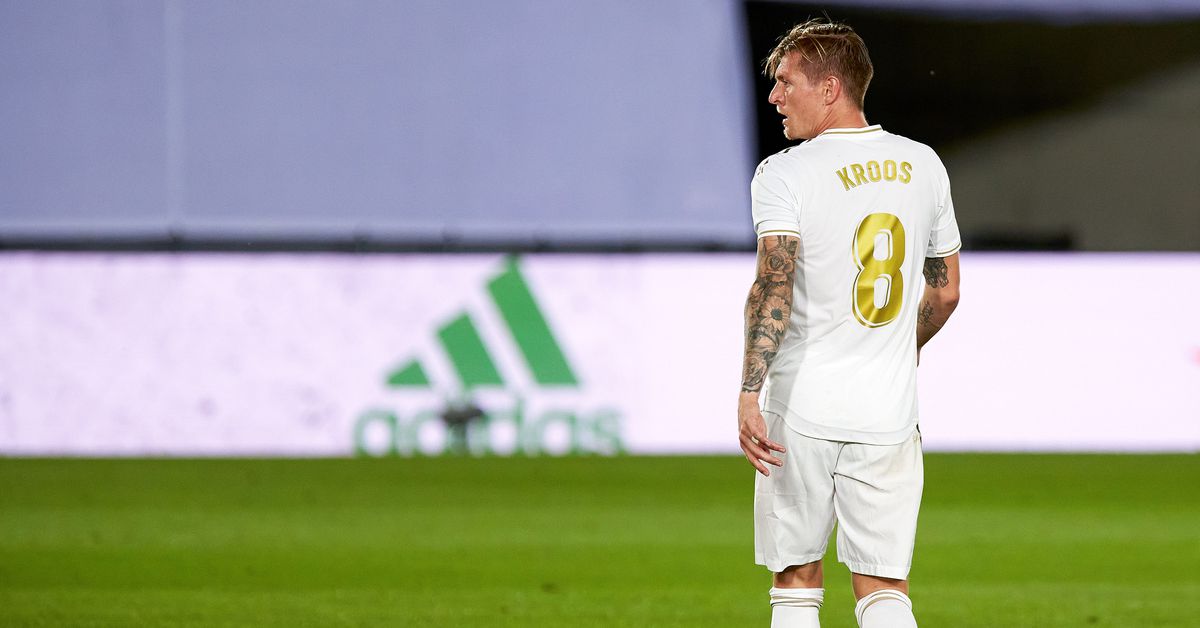 Real Madrid vs. Alaves: This is how champions win

Real Madrid vs. Alaves: This is how champions win