Neymar has been advised to leave Barcelona by his father, prompting speculation Manchester United and Manchester City could go head-to-head in a £100 million battle for his signature.

That's according to an exclusive from Colin Mafham of the Express, who reported Neymar Senior "has told his son he needs to move to England—and he hinted that Old Trafford would be the best bet."

He reportedly believes striking out on his own in the Premier League would see him move out of Lionel Messi's considerable shadow and allow him to become the best player in the world.

In light of the reported advice given to Neymar, United boss Jose Mourinho could be set to make Neymar his top transfer target ahead of Atletico Madrid's Antoine Griezmann, but he's likely to face stiff competition from City counterpart Pep Guardiola.

The Brazilian has enjoyed an excellent season at the Camp Nou and has notched 19 goals and 25 assists in all competitions.

Neymar is already a supreme dribbler, but football journalist Rafael Hernandez believes he has got even better recently:

Neymar’s improvement on the ball on the last three months has to become key for his career, hope he keeps it up.

Squawka Football demonstrated his success in running at opposition defenders this season:

No player in Europe’s top five leagues has completed more take-ons in the opposition half than Neymar this season (133). 🏃💨 https://t.co/NyUGpfnZAL

United have fallen away from Europe's elite—particularly Barca, Real Madrid and Bayern Munich—since Sir Alex Ferguson's retirement in 2013, but the capture of a player of Neymar's calibre would put them firmly back on track to joining them once again.

The Red Devils especially have use for a player with Neymar's pace, creativity, technique and finishing skills.

Per Squawka Football, the 25-year-old already compares well with some of the world's best goalscorers at his age:

5. How Neymar's goalscoring record compares to other modern greats at the age of 25 - https://t.co/BMzPnOQMsY 🇧🇷 🆚 🇵🇹 https://t.co/E9MFbuGeqG

Neymar would be an incredible signing, but he has a deal with Barcelona until 2021. Landing him will be extremely difficult and costly—potentially to the tune of far more than £100 million.

Meanwhile, the Express' Neil Fissler exclusively reported United might use Luke Shaw as a makeweight to sign Kyle Walker from Tottenham Hotspur.

Spurs boss Mauricio Pochettino managed Shaw at Southampton and, according to Fissler, wanted him last summer. United rejected the proposal, but the Manchester outfit have come around to the idea of letting him go.

United have looked strong at right-back this season thanks to Antonio Valencia, per football writer Liam Canning:

Manchester United’s Player of the Year has to be Antonio Valencia. So consistent throughout the season and been excellent at right back.

However, the Ecuador international will be 32 this summer, while Walker is in his prime. Bleacher Report's Sam Tighe is a huge admirer:

Snaring an excellent full-back is difficult, so to see Walker linked with United, City and even Bayern Munich is no surprise.

Shaw, 21, has played just 47 games for United in three years because of injury troubles, but he has real potential. However, Spurs are already well-stocked at left-back, with Danny Rose long established and Ben Davies shining as a viable alternative.

As such, Tottenham may have little use for Shaw for the foreseeable future, and his inclusion in a deal for Walker may not give United the advantage they'll be hoping for. 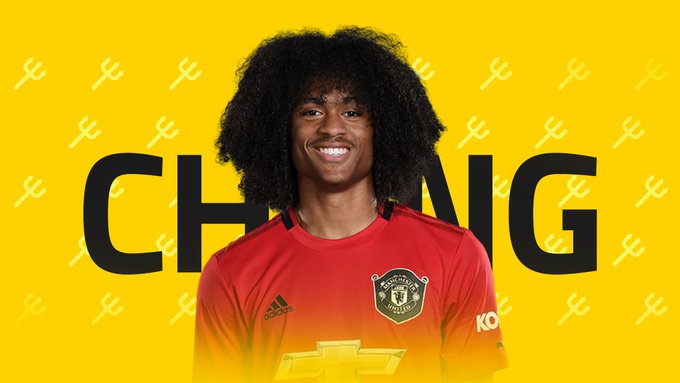