The second leg of the Triple Crown of horse racing, the Preakness Stakes, will be run on Saturday at Pimlico Race Track in Baltimore.

Kentucky Derby winner Always Dreaming (4-5) is the favourite to win yet again, ahead of Classic Empire (3-1) and Looking At Lee (10-1). For full Vegas odds, visit OddsShark.com.

Per Heavy's Jonathan Adams, the total prize money purse is expected to be around $1.5 million, with the winner set to take home a cool $800,000.

Always Dreaming took an easy win at Churchill Downs, dominating the field on a sloppy track. Classic Empire, one of the other top contenders, got caught in traffic early and was never really a factor, while the likes of Gunnevera (16-1) and Irish War Cry (not running) disappointed.

The sloppy track will have some punters doubting whether Always Dreaming can repeat his dominant outing, but his preparation for the Preakness has been impressive, and most analysts predict another win.

TwinSpires.com shared footage of one of his workouts, and the colt ran smoothly:

Always Dreaming is running in the Preakness tomorrow! Watch his workout from Derby Week. #Preakness https://t.co/SnYgcaq9WP

Per Jay Privman of Daily Racing Form, he transforms into something special when he arrives at the track:

RLT, its interesting to watch contrast of Always Dreaming on track and at barn. He definitely changes tone on track.

Classic Empire should fare better at Pimlico than he did at Churchill Downs, with the field limited to just 10 contenders. If the juvenile champion can maintain his position coming out of the turn, he could be a major threat to Always Dreaming, thanks to his remarkable closing speed.

Breaking next to Classic Empire, Gunnevera will try to redeem himself after a disappointing run in the Derby. He's looked much calmer during preparations for the Preakness than he did at Churchill Downs, a positive sign for punters hoping to score big.

Looking At Lee was the biggest surprise of the Derby, and he too will be a popular pick among punters who like to take risks.

Prediction: Always Dreaming has the perfect blend of stamina and long speed to grab another win. Classic Empire could spring a surprise, but the Kentucky Derby winner should add another win to his tally. 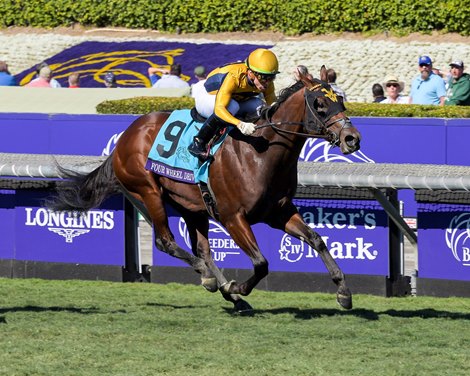 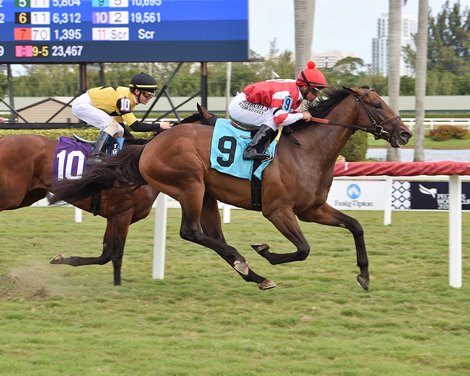