Sonnen and Silva will try to finally settle their score on pay-per-view.Josh Hedges/Zuffa LLC/Getty Images

Taking full advantage of a rare lull in the mixed martial arts schedule, Bellator took the offensive by setting off a surprise bombshell meant to show its strength while putting a dent in the UFC's seemingly impenetrable armor when it announced a pay-per-view event. In Madison Square Garden. Headlined by Chael Sonnen and Wanderlei Silva.

The fight world raised its eyebrows at the aggressive act directed by company president Scott Coker and immediately set about speculating as to whether this was a declaration of war against the UFC.

At any rate, its audacity is something to behold.

The pairing will certainly have both its admirers and detractors. On one hand, this is a feud that has raged for years without a proper conclusion, nearly ensuring the interest of longtime fight fans. On the other hand, there's no question the matchup is happening a few years too late.

Sonnen is 39 years old and has lost four of his last five fights, including his Bellator debut in just over two minutes, while Silva, age 40, hasn't competed in four years.

No matter what, the event stands to be polarizing, and joining me to discuss it is Bellator Lead MMA Writer Chad Dundas.

Wanderlei Silva has not competed since a March 2013 win over Brian Stann.Josh Hedges/Zuffa LLC/Getty Images

Mike Chiappetta: Chad, I guess the first thing everyone decided upon after hearing this was whether they thought this was a good idea. And I must admit, my initial reaction was negative, only because I feel like it emphasizes some of the seedier elements that MMA has to offer.

Sonnen vs. Silva is long past its prime. After years and years of wear-and-tear, both fighters are physically compromised and can no longer be considered elite performers.

While I have no doubt their interaction leading up to the match will be entertaining and perhaps even compelling, you ultimately plunk down your cash for the in-cage performance, and I can't imagine the current version of Sonnen-Silva will live up to what it might have been even four years ago. It is essentially a nostalgia act.

In some arts and entertainment platforms, that's perfectly fine and harmless fun. It's more difficult to see it that way in a sport where injuries can be long-term. It's one of the reasons I shudder at the thought of Vitor Belfort's "Legends League" idea, and it basically applies here.

Aside from that, both of these guys have drug testing issues and suspensions in their backgrounds. While that shouldn't disqualify them from competing, it's not a great message for the rest of the roster to be rewarding two guys who are just months removed from doing time for violating PED rules.

I can't help but think this pay-per-view will do OK. I don't see it as a blockbuster, but its built-in storyline is going to get attention. Sonnen will make some headlines. Silva will threaten him in a way menacing enough to convince some people to part with their cash. Bellator will remind us of all the time we spent waiting to see these two punch each other in the face.

As a commodity, it's a viable fight.

Chad, what were your thoughts upon hearing the news? Did your old-school heart flutter?

Chad Dundas: The lead-up to Sonnen vs. Silva will be absolute bedlam, Mike. If Bellator was looking for a feud to pin its PPV hopes to, it couldn't do much better than matching the silver-tongued Sonnen against Silva's straight-up berserker rage.

Frankly, I've been looking forward to this fight since before Sonnen's ill-fated bout with Tito Ortiz at Bellator 170—which even at the time seemed like Chael just wanted to get it out of the way so he could get to Wanderlei.

Granted, I admit my excitement for this long-overdue grudge match was built on the idea fans would get it live and free on Spike TV, and suddenly slating it for PPV raises every possible stake. That makes me a touch worried for the company that this effort might blow up in its face, but I'm not going to prematurely announce it dead on arrival, either.

It's hard to even debate whether this fight will sink or swim on PPV without really knowing what Bellator's goals are for it. The last time the company tried its luck at a for-pay card was May 2014, and the event headlined by Quinton "Rampage" Jackson vs. Muhammed Lawal sold around 100,000 buys on PPV, according to reports at the time.

I believe this card can do better than that, especially since early indications are that Bellator will do its level best to stack it from top to bottom. We've already heard that the once-postponed meeting between Fedor Emelianenko and Matt Mitrione will be the Sonnen-Silva bout's co-headliner.

With Ryan Bader announcing Monday on The MMA Hour with Ariel Helwani that he's officially Bellator bound, I wouldn't be surprised to see a light heavyweight title fight against Phil Davis land on this card, as well.

So, while Bellator 180 isn't going to smash any records, I'm cautiously optimistic it can turn a profit. If that's all the organization needs—to prove to its Viacom overlords that under Coker's steady hand it can run the occasional self-sustaining PPV—then I think this card has the potential to be modest success.

This show's success or failure will depend largely on Bellator's ability to land this event on PPV without significant changes to the card. If Sonnen or Silva, Emelianenko or Mitrione pulls out at the last minute, it could be a disaster.

You think it can do that? These are two fights that have been called off at least once before, after all. What are the odds they both make it to the finish line this time around?

Mike: Look at you, tapping into Coker's deepest, darkest fears. And it is a legitimate reason for concern. We previously mentioned the ages of the headliners, and it's obvious that older bodies don't respond to training the same way younger ones do.

While Sonnen has a great track record of showing up on fight night, Silva has been scratched from bouts multiple times, and as recently as last December, when he was supposed to make his return to action with the Rizin fight promotion.

For sure, everyone involved with Bellator has to cross their fingers and pray that these two (particularly Silva) don't overdo it in their training and make it through camp. That said, that part is completely out of the promotion's control.

Remember, this scenario burned Bellator once before, when it booked Ortiz against Jackson atop a November 2013 show earmarked for pay-per-view. Just a week before the event was set to go off, Ortiz was scratched due to injury, and Bellator shifted the card over to its broadcast partner, Spike.

That plan B is always available, although Bellator will only break the glass in case of an absolute emergency.

The effort to build a major show like this comes with significant costs, though. With the attempts to create awareness, marketing budgets get strained. It almost feels to me like a test shot.

Speaking of Spike, I think it's worth noting here that the Viacom-owned cable channel is soon to be rebranded as the Paramount Network, and with it will come a drastic change in programming. Perhaps this pay-per-view is an attempt to find out the true value of the Bellator brand and where it can fit in the new landscape.

In that way, I think this show will be more important behind the scenes than it may seem. Sure it's an attempt to increase revenue, but it's also an indicator of its current standing within the Viacom universe.

As a bellwether, it will be interesting to see how this offering compares against Bellator's first foray into pay-per-view, which you noted did 100,000 buys.

Three years later, the final number will allow us to draw some conclusions about whether Bellator has made real forward strides in its brand identity with fans.

The floor for UFC events has lowered over the last couple of years. The big shows do huge numbers, but the smaller ones have dipped to the point that UFC 206, headlined by Max Holloway and Anthony Pettis, did just 150,000 buys, according to MMA Payout.

That number seems within Bellator's reach, doesn't it?

While I acknowledge that this show brings with it some easy appeal, I have my doubts about its reach past the usual MMA hardcores. Ultimately, Chad, do you think Sonnen-Silva breaks through the noise and pulls a larger-than-expected audience to part with their cash?

Chad: I've been amazed at the numbers Bellator's senior circuit has been able to pull so far during its Spike TV broadcasts.

February 2016's twin bill featuring Kimbo Slice vs. Dada 5000 and Ken Shamrock vs. Royce Gracie drew 2.5 million viewers, a record rating for the cable channel. Just a couple months ago, Sonnen vs. Ortiz peaked at 1.85 million viewers, which was also considered quite good.

I have no idea quite how to explain this phenomenon—that Bellator's stable of past-their-prime stars can still engender this much curiosity from MMA's rank and file. All I can think is that the numbers are driven by part pure nostalgia, part by old allegiances and part by the spectacle Bellator has been able to create using this matchmaking philosophy.

Now, obviously, getting people to tune in for a free TV broadcast is a world away from convincing them to dig out their wallets to plunk down money for PPV.

But at the very least we know that up to this point there has been interest in seeing these aging lions get out there and try to turn back the clock. We also can bet nobody is going to drum up spectacle like Silva and Sonnen.

Add to the mix that this fight card will go down at Madison Square Garden in New York City and I'd be surprised if Bellator doesn't garner some increased media attention as the hype for this event hits the home stretch.

Frankly, if you're a fight promoter, I'm not sure what else you can ask for. You know this approach has worked on cable, you've got two terrific salesmen and a venue that is hallowed ground for combat sports.

Why not roll the dice on PPV? And remember, it's not like Bellator is dipping its toe in with the idea it wants to try to pull off monthly PPVs, a la the UFC. At least not yet. It just wants to see if the occasional blockbuster card pays extra dividends.

Will it work? I have no idea.

But I don't think it's crazy. And I don't blame Bellator for giving it a go. 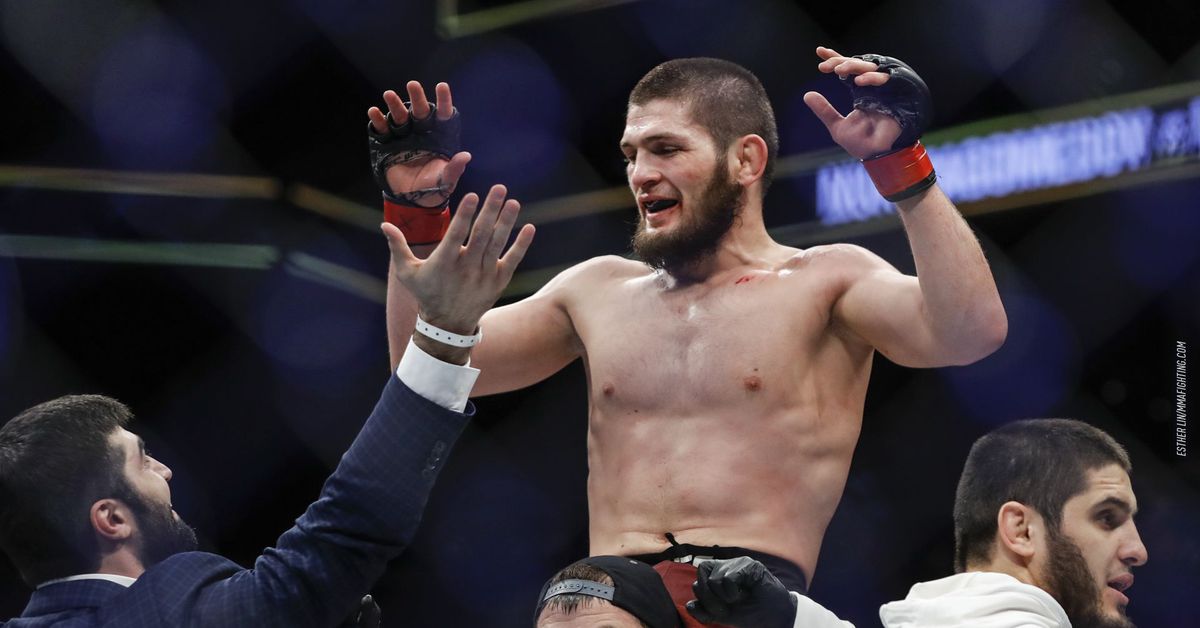