The hot-stove rumor mill has made it clear that the Detroit Tigers have all their star players on the table. Miguel Cabrera. Justin Verlander. J.D. and Victor Martinez.

And then there's arguably their most attractive trade chip: Ian Kinsler.

Kinsler, 34, has racked up more wins above replacement over the last three seasons than every second baseman except Jose Altuve. And counting his 2018 option, he's owed just $21 million over the next two seasons.

There is one string attached to Kinsler's trade value. As Ken Rosenthal of Fox Sports reported, he has a 10-team no-trade clause that he wouldn't waive unless his new team agreed to extend him.

"If one of the 10 teams happens to call and wants to talk about it, we’re open to talking about it," said his agent, Jay Franklin. "(But) they’re going to have to extend him for us to waive the no-trade."

Further complicating matters is how, as Steve Adams of MLB Trade Rumors noted, there's a "relative dearth of demand" for second basemen right now. Second base was one of the most star-studded positions in the majors in 2016, after all.

However, none of this can stop the more imaginative among us from speculating about possible suitors and trade packages for Kinsler. So let's get to it.

You knew this was coming, for you also saw that one report from Jon Morosi of MLB Network:

After posting an .823 OPS with 28 homers and playing Gold Glove defense in 2016, Kinsler would be a considerable upgrade for a second base spot in Los Angeles that produced just a .723 OPS without great defense. With Chase Utley and Howie Kendrick out of the picture, said position is also wide-open.

We don't have to speculate too hard about what the Tigers would take in a trade. Morosi claims they have their eye on a particular Dodgers prospect:

#Tigers have interest in #Dodgers prospect Cody Bellinger, sources say. Has 1.012 OPS in AFL and is what they want: young LHH with power.

Cody Bellinger is just the kind of blue-chipper the Tigers need to be targeting as they seek to satisfy general manager Al Avila's vision (via MLB.com's Jason Beck) for a "younger" and "leaner" team.

Per numbers crunched by Kevin Creagh and Steve DiMiceli at The Point of Pittsburgh, that kind of ranking equates to $62 million in surplus value, defined as the "amount of value that a team places on that asset when discussing him in potential trades."

That comes close to matching up with Kinsler's value. In light of his strong track record and cheap contract, Rob Rogacki of SB Nation's Bless You Boys put the "conservative" estimate for Kinsler's surplus value at $50 million. A straight-up Kinsler-for-Bellinger swap may be a fair enough deal.

But since the Dodgers are one of the 10 teams on Kinsler's no-trade list, a trade between the two sides would more likely involve Kinsler and cash going to Los Angeles to offset any difference in surplus value and help pay for his new extension.

Or, the Tigers could do business with the…

I'm not aware of any rumors linking the Pirates to Kinsler, but Mike Axisa of CBSSports.com has the right idea in seeing them as a suitor. Kinsler would provide an upgrade at second base and free up Josh Harrison to go back to a super-utility role.

Several of the Pirates' best young players would probably be untouchable in trade talks. Their lack of starting pitching depth behooves them to hold on to Tyler Glasnow. Andrew McCutchen's fading star power puts them in the same boat with Austin Meadows. Josh Bell is already penciled in as their everyday first baseman.

Instead, the Pirates and Tigers would have to center a deal around Kevin Newman.

Newman's a 23-year-old infielder who hit .320 across Single-A and Double-A in 2016. And while he's a shortstop now, the popular wisdom appears to be that he's ticketed for a job at second base.

The one problem: Newman landed at No. 51 in Baseball America's midseason top 100. That equates to $22.4 million in prospect value. Give him the benefit of the doubt and put him in the top 50, and it only improves to $38.2 million. Still not enough for Kinsler.

Ke'Bryan Hayes would do the trick of evening things out. He landed at No. 72 for Baseball America, giving him $22.4 million in prospect value. But since he's a 19-year-old third baseman who hasn't quite put it together yet, he also strikes a balance between an expendable piece for Pittsburgh and an upside play for Detroit.

Or, the Tigers could set their sights on a deal with the…

The Braves have been linked to big-name starting pitchers this winter, most notably Chris Sale. That could just be them throwing a bone to fans who have had to abide two straight terrible seasons.

Or, they could be serious about getting better in 2017 and beyond.

If so, second base would be another good position to upgrade. Jace Peterson, who hit .254 with a .350 on-base percentage in 2016, isn't bad. But without standout power or defense, he's not great, either.

Even if Dansby Swanson, now Atlanta's everyday shortstop, is taken off the table, the Braves still have prospects galore. But there's one in particular who would stand out to the Tigers in trade talks: Ozzie Albies.

Albies is still only 19, but he owns a .310 average in a minor league career that's already advanced as far as Triple-A. And while the Braves have him on a path to play second base, MLB.com posits he's an above-average defensive shortstop.

Albies showed up at No. 17 in Baseball America's midseason top 100. That gives him the same prospect value as Bellinger, so a straight-up Kinsler-for-Albies swap could do the trick. If not, the balance could be evened by Detroit sending some money to Atlanta.

Since the Braves may indeed be bluffing about their desire to win now, deals with the Pirates and the Dodgers are more likely. The Dodgers, in particular, loom as the team that needs Kinsler the most and also as one of the best trading partners Detroit could ask for.

However, there could also be some mystery teams out there…

The Los Angeles Angels would no doubt love to have Kinsler to fill their black hole at second base. Cliff Pennington as a starting second baseman is…well, not ideal.

The absence of top-100 prospects in the Angels' decrepit farm system means they're incapable of matching the quality of other trade packages. But if they were to start a deal with toolsy outfielder Jahmai Jones and pile on, they might offer the Tigers too much quantity to refuse.

The Kansas City Royals are another American League team that needs a second baseman. Of course, there are real barriers between them and Kinsler. They and the Tigers share a division, and adding him doesn't mesh with their desire to cut payroll—Rustin Dodd of the Kansas City Star has more on that.

Still, never say never. The Royals could make shortstop Raul A. Mondesi, Baseball America's No. 55 midseason prospect, the centerpiece of an offer and go from there.

The Philadelphia Phillies could also be lying in the weeds. Cesar Hernandez is a good second baseman, but not a franchise cornerstone. The Phillies may want to do better with the end of their rebuild nearing.

A deal between the Phillies and Tigers could involve Hernandez going to Detroit alongside one of Philly's better prospects. Outfielder Nick Williams, who landed at No. 40 for Baseball America, would work.

There could be other mystery teams out there that are too mysterious to show up on radar. Perhaps Kinsler will end up with a team we haven't named.

Or, he could end up with one of his most obvious suitors. Let's go with that until we learn of his fate in real life. 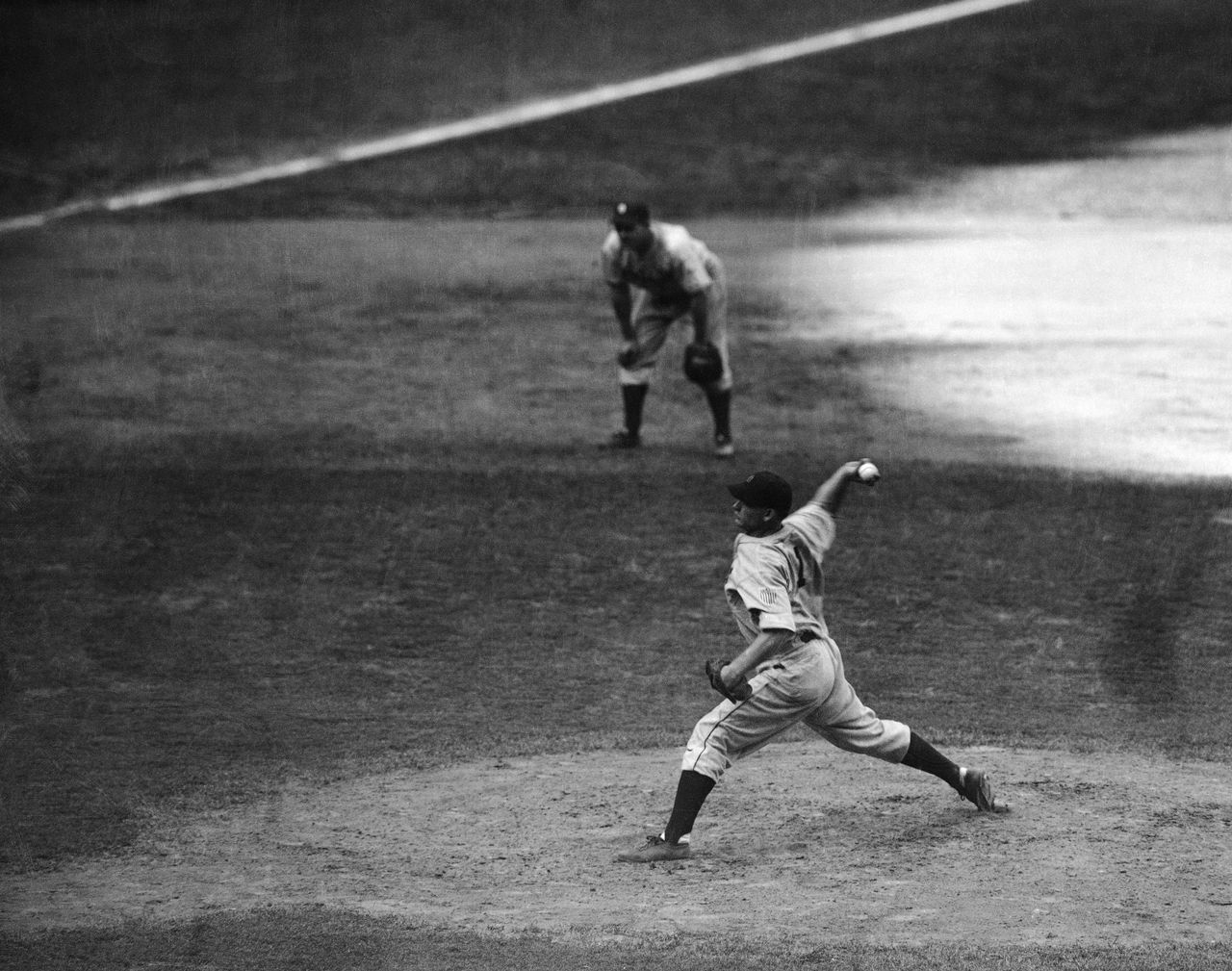 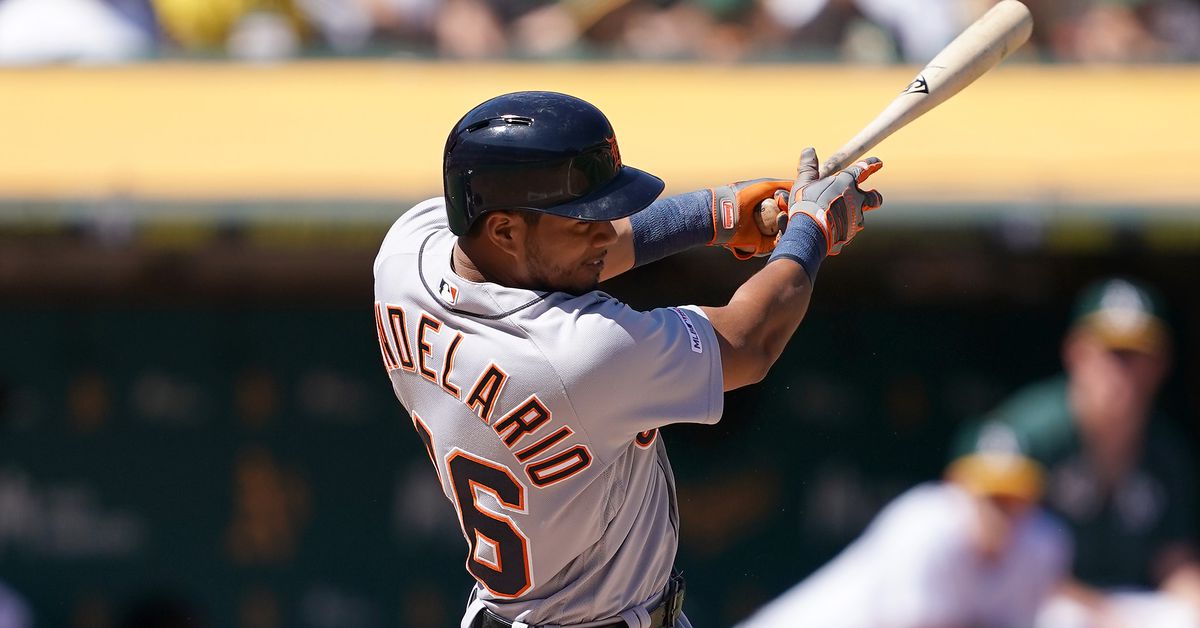