We all know the tale of Babe Ruth pointing towards the outfield and connecting on a home run in Game Three of the 1932 World Series.

It’s one of the greatest predictions in baseball history.

Blowers must be cut from the same mold as Criss Angel, self-proclaimed mindfreak, because what Blowers correctly predicted on Sunday was downright silly.

It might not have been an important game like the one Ruth was in, but game no. 156 for the Seattle Mariners, who are already out of a playoff spot, turned out to be an all-time classic story for baseball enthusiasts.

I happened to be listening to Blowers, the former third baseman and current Mariners’ broadcaster, on the pregame show for the series finale with the Toronto Blue Jays.

(Well, it was either that, or I had to watch James Brown awkwardly navigate through the NFL pregame show for an entire hour with 15 of his closest friends)

Anyway, Blowers was making his “Pick to Click” for the early game in Toronto, which is just his choice for who will have a good performance that day.

Blowers seemed to believe that Tui would connect on the FIRST home run of his big league career during the game. This was based on the fact that Blue Jays pitcher Brian Tallet, who is a well-known fastball pitcher, would be squaring off with Tui, who is a dead-red fastball hitter.

But Blowers gets far more specific than simply predicting a home run.

He goes on to specify that Tui will hit a fastball—into left center field—into the second deck.

As if that wasn’t in depth enough, when the segment is about to close, Blowers interjects that it’s going to happen on a 3-1 count and also says that it will come in Tui’s second at-bat of the game.

It’s such a long shot and absurd prediction that fellow broadcaster Rick Rizzs actually starts laughing at him, and prods Blowers to predict the exact row in which the ball will land.

I’m pretty sure Blowers wanted to give it a guess, but he’s smart enough to point out that fans can deflect the ball any which way once it reaches the seats, so he declined to pick the exact row.

Because of course, that would be difficult.

Not like the simplicity of picking the at-bat, count, type of pitch, and landing spot of a kid’s first career home run?

Well I never thought twice about his thought, because it was so out there that I didn’t think there was anyway it would come true.

So after I got done with NFL action for the day, I checked the box score to see how Tui did.

I had semi-forgotten about Blowers’ prediction by then, and I was checking more because I grew up playing ball against Matt and always follow his progress closely.

Then I saw it—Tui had gone yard.

I remembered Blowers’ words from earlier in the day and checked in which at-bat he connected on the home run.

And then it was time for me to go to the film.

One of the great inventions of our time is subscribing to MLB.TV, where you can watch every MLB game live and you can access highlights and full-game footage in an archive (needless to say, this got me through countless evenings of boring class time at college).

A new feature this season is that you can skip to any inning, so I fast-forwarded to the top of the fifth, with Kenji Johjima stepping into the box.

Johjima did some work first, leading off the frame with a home run and bringing Tui to the plate for the big at-bat.

Blowers was doing the TV broadcast along with Dave Sims on Fox Sports Northwest.

Third pitch: fastball on the outside corner, 2-1

Fourth pitch: fastball off the plate inside, 3-1.

To this point, Blowers has not said a word about his prediction on the live TV broadcast.

The fifth pitch is a fastball right down the middle of the plate—and yep, Tui crushed it out of the park to left field, just below the second deck.

After the home run, there is no immediate mention of the prediction by Sims and Blowers, as they go on talking about Tui’s potential as a player.

I can’t believe he made it that long. If I had just predicted something that insane, I would have been spewing out self-praise left and right, going off-the-wall about how I could see the future.

But the best part of the whole thing was how the always-memorable Hall of Fame announcer Dave Niehaus captured it on the radio call.

After the 2-1 delivery sails inside, Niehaus exclaims, “I’ve never been so excited on a 3-1 count in my life!”

Just a couple of second later…

The loud crack of the bat is quickly muffled by Niehaus’ signature home run call, “Swung on and belted! Deep to left field!”

“I see the light! I believe you Mike!” added Niehaus.

Scratch that, it’s even better.

At least Ruth was in control of what he was doing.

Blowers made this prediction based on Tui being a fastball hitter facing a fastball pitcher, and it was contingent upon Tui connecting in an extremely specific situation.

I mean seriously, I can’t even wrap my around this madness.

Have you ever sat with your friends and guessed what’s going to happen on the next pitch?

You might get lucky once and awhile, maybe guess a home run from Albert Pujols or a strikeout by Tim Lincecum.

But someone’s first career home run? And the count? And the at-bat? And the pitch?

I can’t say it enough times how absolutely stunned this makes me.

Screw the bad economy; I think from here on out, I am going to invest my life savings in the bank of Mike Blowers.

If he tells me to put money in General Motors, I’ll do it.

This single prediction could turn into a whole business for the ex-Mariner.

After 11 seasons in the Major Leagues, this has to be his greatest accomplishment, maybe even surpassing his ride with the “Refuse to Lose” Mariners of ’95.

From a guy who has made his mark on the Mariners’ broadcasting by deciding where to distribute the Rally Fries every night, he needs to capitalize on this big time breakthrough while he can.

Note: I spent a long time trying to figure out how to get an audio clip of this—and then Deadspin.com ran a bit about the whole thing, with a link to Shannon Drayer’s blog.

Drayer included audio clips of the pregame prediction and the in-game call. I never thought to check there, because well, Shannon Drayer really annoys me.

But the good thing is that you can listen to it all unfold right here. 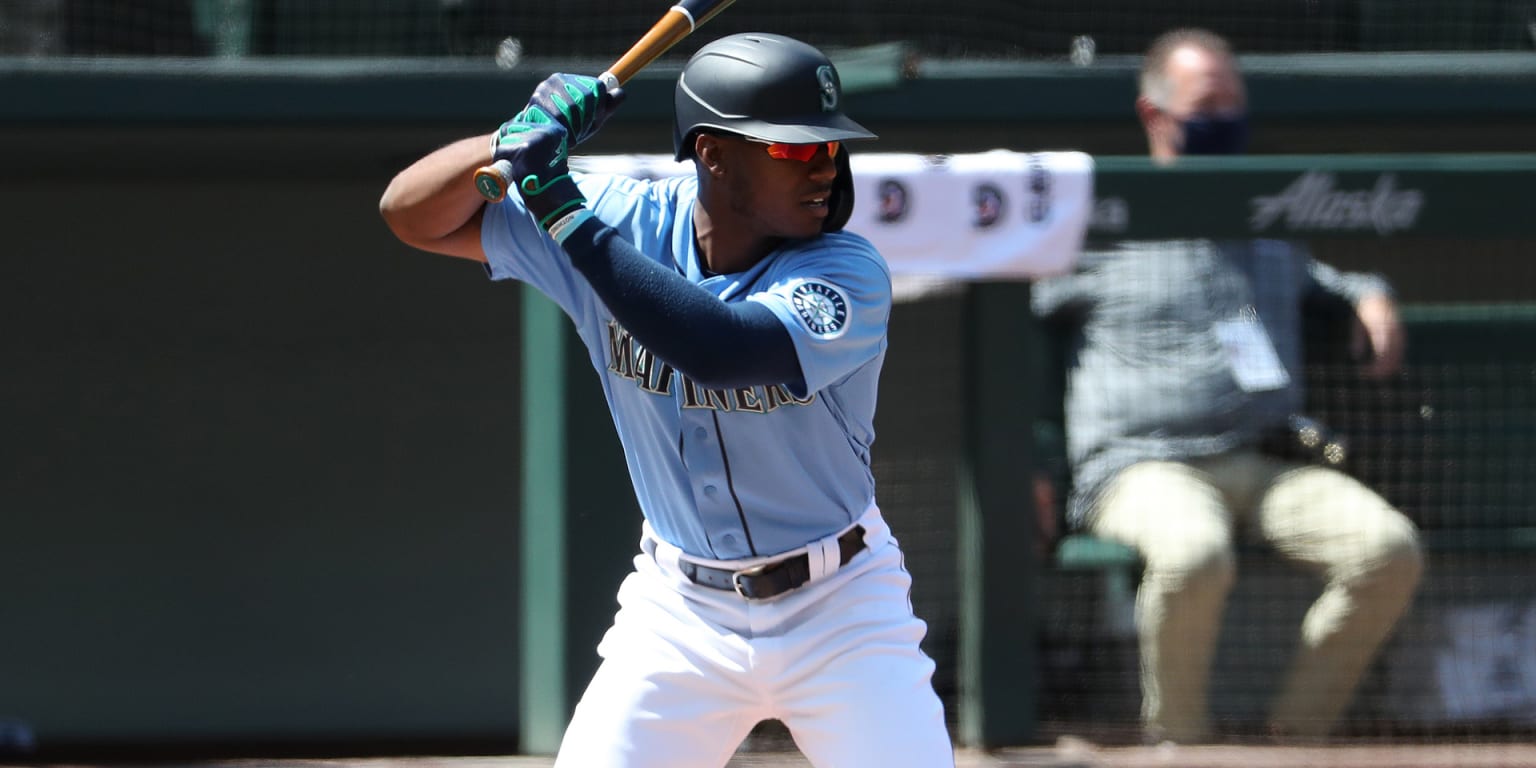