Pascal Siakam is a double-double machine. Twenty-five times in 31 games this season, Siakam has posted double figures in points and rebounds. And come June, he may hear his name called in the NBA draft.

Yet not that long ago, he was on a much different path.

Siakam, who is from Cameroon, is the youngest of four brothers who all played Division I basketball. It was the dream of his late father, Tchamo, that one of his boys end up in the NBA.

But for Siakam, who wasn't interested in playing basketball growing up, his father believed there was a higher calling.

"What's funny is he wanted me to be a priest," Siakam told Bleacher Report last month after he scored 17 points and grabbed 11 rebounds in a win for New Mexico State at UMKC. "Because he was a religious person and he loved that. And my boarding school was a Catholic school for priests. That's what he wanted for me, but I fell in love with the game and now I'm here."

The story of how Siakam, a 6'9" power forward, found himself leading the Aggies to back-to-back WAC championships follows a similar path to that of other African imports. He was discovered at a Basketball without Borders camp run by NBA forward and fellow Cameroon native Luc Mbah a Moute.

At that time, he was only at the camp because he was home from boarding school for the summer and that's what his friends were doing.

"I was a soccer player," he said. "Basketball wasn't my thing. I went there and saw the way people were playing and thought it was fun. My brothers played, but I really didn't want to play basketball. But I went there and it was fun and I got selected [to go to the next city's camp]."

Soon after, Siakam was following in his brothers’ footsteps. Tchamo had a good job with a transit company and was also the mayor in Makenene, Cameroon. He was able to afford to send each of his sons to the U.S. Each son went to a different state to go to high school or prep school with the hope of earning a scholarship to play hoops. Siakam arrived in November 2012 and attended God's Academy in Lewisville, Texas, for a year before heading off to New Mexico State.

Aggies coach Marvin Menzies, who has nine foreign-born players on his roster, heard about Siakam from some friends in Africa and was the first one to recruit him when he arrived in the States.

"The training there is not at this level. It's always going to be hard to find somebody polished, but you can find ingredients that once they get in the right training, right nutrition, development, those are the things that really make a difference for kids like that."

Siakam, who arrived at New Mexico State at 190 pounds, redshirted as a freshman, focusing on putting on weight.

The next year, Siakam made an impression quickly. He was the team's second-leading scorer at 12.8 points per game and leading rebounder at 7.7 boards per game. By the end of the season, he was a first-team All-WAC selection and was named the league's Freshman of the Year.

Pascal did all of this scoring almost exclusively in the paint. He made only three jump shots (out of 16 attempted) all season, according to Synergy Sports, but his athleticism and rebounding ability carried him. In one game as a freshman, he grabbed 12 offensive rebounds.

"He's got a great motor, and that was put in his body by mom and dad," Menzies said. "I had nothing to do with that. When you have a player that comes with those kinds of gifts, and they have good buy-in and are receptive to learning and have the attitude he does, then you can create a special project."

What's intriguing to NBA scouts is the transformation Siakam made last summer. Already a chore to guard because his quickness allows him to drive around most big men, Siakam added a high-arcing jumper to his repertoire, making him a more complete scorer.

Now he can score with his back to the basket—he has a nice righty jump hook over his left shoulder—and the ability to shoot has helped his face-up game. He's made 39 jumpers (out of 90 attempted) at a 43.3 percent clip this season, according to Synergy.

"The main thing that impressed me on him was the fact that he made the big leap in improvement hitting the 12- to 15-foot jumper," a scout told B/R. "Last year, he was a guy that didn’t shoot that shot and now he's a guy who has a very good-looking jump shot."

It's easy for those unfamiliar with Siakam to question his game because of the league in which the Aggies play—the WAC is the seventh-worst conference in the country, according to Kenpom.com's metrics—but Siakam has performed well against bigger schools. He had 17 points and 10 rebounds at Wichita State, averaged 22 points in two meetings with New Mexico and had 26 points and 10 rebounds at Baylor, which boasts one of the top front lines in college basketball.

"He's definitely an NBA-caliber player," Baylor coach Scott Drew told Bleacher Report. "The thing that sticks out to me is how much he's improved in the last year. The first time we played him [in 2014-15], he spent most of his time in the paint.

"But this season he moved away from the basket. He was putting the ball on the floor, taking longer jumpers—but still mixing it up down low, too. He's got a more versatile skill set now, which makes him dangerous because it means he can play multiple positions."

The fact that Siakam has improved so rapidly and hasn't been playing the game that long suggests he could get the upside tag usually reserved for younger players; he's already 22.

It's also a testament to his work ethic.

That drive comes from trying to make his father, who died in a car accident in October 2014, proud. He has not seen either of his parents since he left Cameroon, and the day of his father’s death, it was even more difficult to receive the news because he had missed a call from him the day before.

"I felt like I had to to be there at that moment," Siakam said. "He wanted to talk to me and I wasn't there. I felt really bad for a little bit. Thank God I have great people around here—my teammates and my coaches. They were great through that period of time, being there for me."

Siakam wasn't able to make it back to Cameroon for the funeral, and he hadn't been able to see a family member since his father's death until New Year's Day this year, when he got a surprise visit from two of his brothers, James and Christian.

James Siakam, left, poses with his brother during a surprise visit in January.Courtesy of Pascal Siakam

Pascal had not seen James, who played at Vanderbilt and graduated last year, since James left for the U.S. in 2007. The two brothers arrived during the middle of a practice.

"He couldn't believe when they walked in," Menzies said. "It was like something off of a TV show. It was just fun to see him embracing them and laughing."

"It was one of the best moments of my life," Siakam said.

His brothers have been able to continue their basketball careers after college. James played five games for the Delaware 87ers of the D-League this season and is trying to get a deal overseas. His oldest brother, Boris, is playing professionally in Bahrain.

Some NBA observers believe he could be drafted if he left after this season. Bleacher Report’s Jonathan Wasserman has Siakam going 25th overall in his latest mock draft, and he’s slotted to go 52nd in the DraftExpress.com mock.

"He's got all the tools," a scout told B/R. "He's got the ability to score in and around the paint and also step out and make a jump shot. And in this draft, he's a guy that has a good chance of having his name called and being on a roster next year."

Another scout interviewed for this story said Siakam should test the waters if he can get an invite to the NBA combine but thought it's best that he return for at least one more year at New Mexico State.

For Siakam, he's just excited the possibility of playing in the NBA is out there.

"To even think that I'm in the conversation, I have an opportunity to be there, that's crazy to me," he said. "For me, it's just about working hard every day and getting better. The thought of knowing that I might one day be there is amazing for me."

Siakam's father never got to see him play in the States. His mother, Victoire, has yet to see him since he left Cameroon.

But if he gets to the NBA, he hopes for another family reunion. Only this time with his mom joining him on U.S. soil. 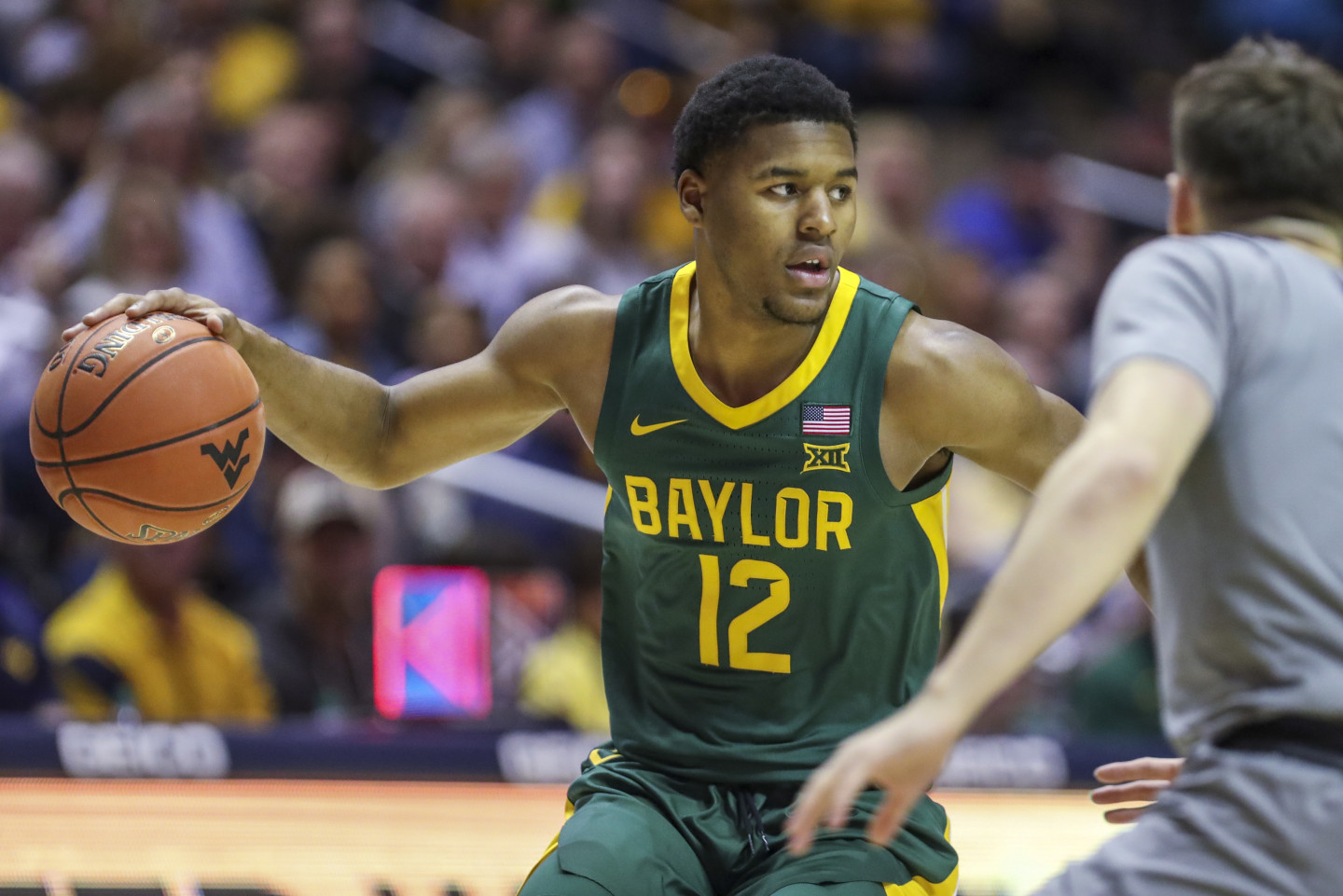 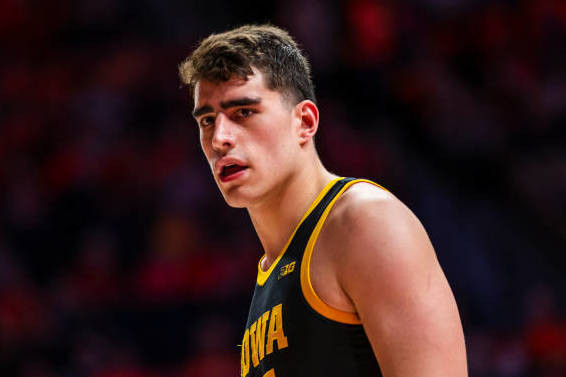 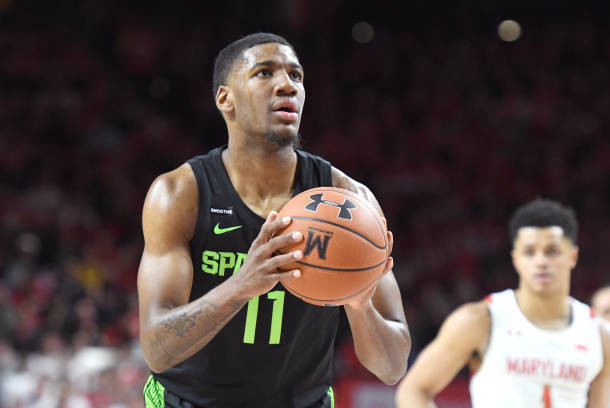 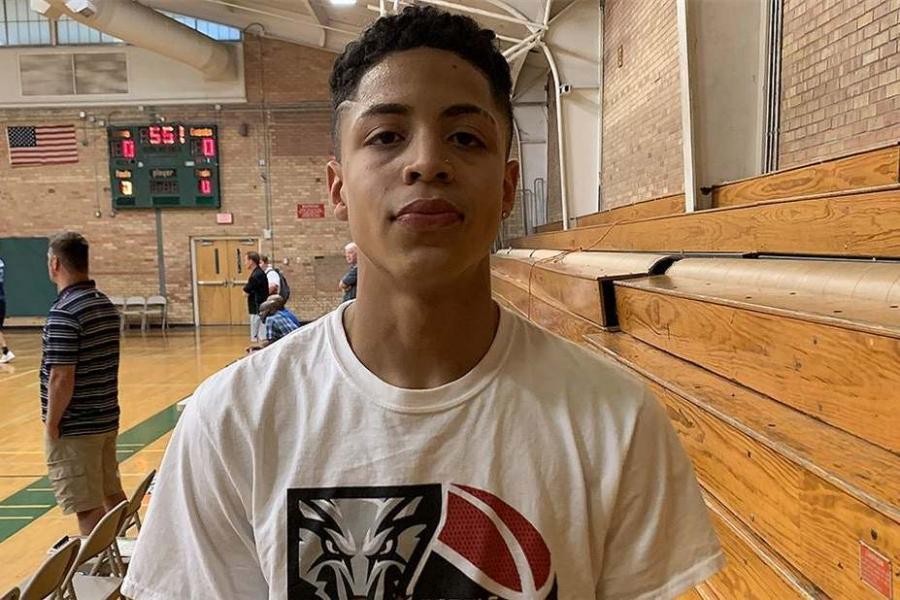