Arizona Cardinals running back Andre Ellington missed three consecutive games after leaving Week 1 on a cart because of a Grade 1 PCL sprain, according to ESPN's Josina Anderson.

The Cardinals announced Ellington was ready to return against the Detroit Lions and did not list him among the rest of the inactive players.

Head coach Bruce Arians said Ellington was "close" to returning against the Rams, per Mike Jurecki of Fox Sports.

Chris Johnson and David Johnson filled in for the Cardinals following Ellington's injury. The tandem had softened the loss of Ellington, who was one of the NFL's biggest surprises in 2013—he racked up over 1,000 total yards and averaged 5.5 yards per carry as a sixth-round rookie.

After breaking out in such an impressive manner, he was pegged as a potential superstar entering 2014. That never came to fruition, though, as a foot injury hampered him all season long. He missed four games and was largely ineffective when he did play, as he averaged 3.3 yards per carry and barely topped his total yardage mark from 2013 despite getting 83 more touches.

While Arizona still had a strong year that resulted in a playoff berth, Arians admitted on Arizona Sports 98.7 FM (h/t Jess Root of SB Nation's Revenge of the Birds) that the team was ill-prepared to perform without Ellington at full strength:

I think Andre Ellington's injury early in the season set us way back offensively because we had put so much time and effort into his attack. And when he wasn't able to practice, we lost all the passing we had worked on. I learned a valuable lesson about putting too many eggs in one basket.

The Cardinals brought in Chris Johnson through free agency and took rookie David Johnson as a third-round draft pick out of Northern Iowa.

Following that selection, Ellington acknowledged it was a positive move, per Kent Somers of AZCentral.com: "I don't see why not. It allows me to have more rest time, and it should keep the offense upbeat."

The presence of Chris and David Johnson gave Arizona intriguing options alongside Stepfan Taylor when Ellington was sidelined.

Budda Baker Excited to have Familiarity in Defensive System

Budda Baker Excited to have Familiarity in Defensive System 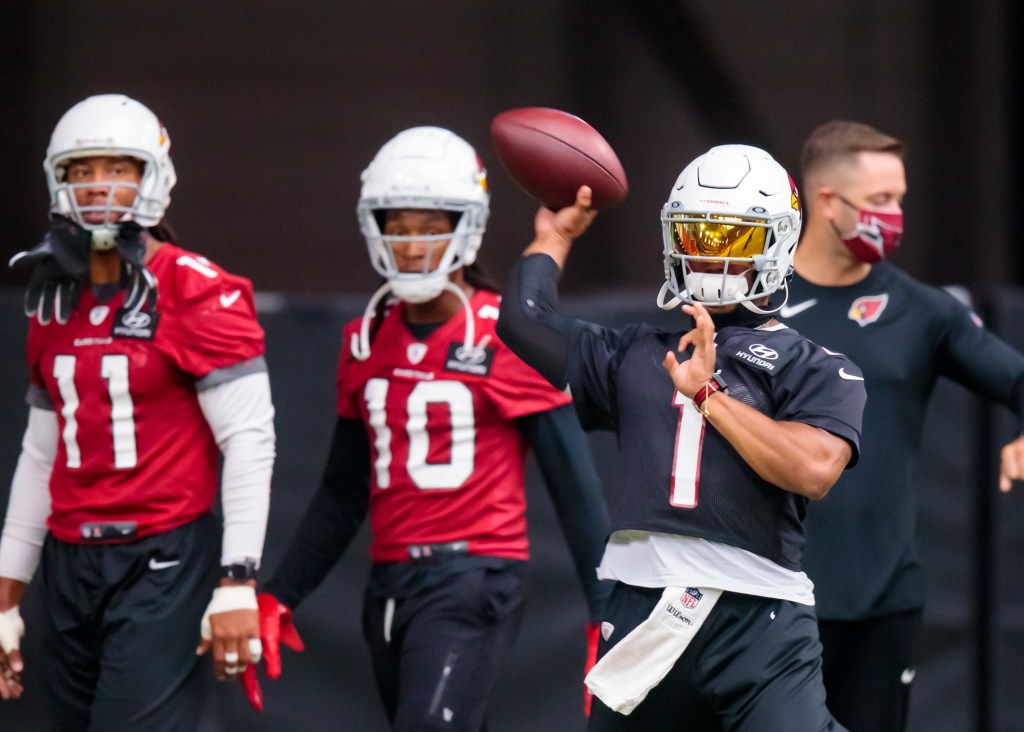