The quarterback position at Florida has been a wasteland over the last half-decade.

Since legendary Gator Tim Tebow exhausted his eligibility following the 2009 season, John Brantley, Jeff Driskel, Jacoby Brissett, Tyler Murphy, Skyler Mornhinweg and Treon Harris have all started games for a Gator offense that has struggled to establish an identity.

This year is no different, as the sophomore Harris and redshirt freshman Will Grier are the two primary contenders to win the starting job in Gainesville, with walk-on Jacob Guy penciled in as the No. 3 exiting spring practice.

They're not alone, though.

Since the end of spring practice, former Vanderbilt quarterback/wide receiver and one-year graduate transfer Josh Grady transferred in to compete for the starting job and provide first-year head coach Jim McElwain a little bit of depth at the surprisingly thin position. He joined former Alabama and Oregon State quarterback Luke Del Rio, who will have to sit out the 2015 season due to NCAA transfer rules.

Who's going to be the starter in Gainesville? Let's get you prepared for the fall camp battle with some odds.

Grier exited spring practice with the lead over Harris, which has to make him the favorite. Sure, part of the reason Grier has that lead is because Harris missed a few practices this spring due to a family emergency, but it's also clear that Grier is the natural fit for McElwain and new offensive coordinator Doug Nussmeier.

The second-ranked pro-style passer in the class of 2014 from Davidson, North Carolina, completed eight of 10 passes for 136 yards and took one sack in the spring game, working primarily with the Orange (No. 1 offense) against the No. 2 defense. He showed touch on several deep passes, including in the third quarter on a 30-yard completion to C'yontai Lewis.

All three of his incompletions were catchable as well, which certainly will help Grier keep that confidence going into summer workouts.

As Thomas Goldkamp of 247Sports notes, the combination of Grier and this coaching staff is a recipe for success.

McElwain and Nussmeier have history developing QBs and Will Grier has "it," IMO. RT @NoSleepCapital: @ThomasGoldkamp how can you like QB?

But there's a curveball thrown into the middle of this quarterback battle in the form of an offensive line that's wildly inexperienced.

The Gators have the third-fewest offensive line starts in the country returning in 2015, according to PhilSteele.com. What's more, all of those 10 starts belong to guard Trip Thurman, who missed spring practice with a shoulder injury and might not be ready to play this fall. The presence of stud offensive tackle recruit Martez Ivey will help, as will the recent addition of two-time FCS All-American graduate transfer Mason Halter from Fordham.

That offensive line uncertainty could bode well for Harris, since he has seven starts under his belt and the escapability that might be necessary when the pass protection breaks down. He doesn't fit the typical quarterback mold for McElwain and Nussmeier, but for this particular season, he might be the signal-caller who's most capable of keeping the chains moving if the offensive line struggles.

According to Scott Carter of GatorZone.com, his biggest issue is making the right decision when the Gators are in position to score.

Grady, a native of Tampa, is the long shot in the battle.

He completed three of seven passes for 27 yards, zero touchdowns and two picks during three seasons at Vanderbilt, where he served as a backup quarterback and part-time wide receiver.

"With the sheer numbers we have, obviously, he's played the position and was a pretty good high school player," McElwain said at SEC spring meetings in Destin, Florida, last month. "I haven't been able to see him throw or doing anything like that, but that will be a natural for us at that spot."

His athleticism and versatility will be nice to have in a pinch and in specific packages, but he wasn't brought in to Florida to be the starter. He was brought in as insurance.

There's a chance that Guy could earn playing time, but it would be strictly as a backup or in an injury pinch. McElwain lobbed some praise in the direction of Guy this spring, according to 247Sports' Thomas Goldkamp, and that will certainly help him in the battle for the primary backup role.

"He does a nice job," McElwain told Goldkamp. "He’s a big, strong guy that throws the ball well. I think [he] did a pretty good job on scout [team] last year, at least the bit I watched."

It should be an interesting summer in Gainesville. The combination of a first-year, pro-style head coach, offensive line issues and inexperienced quarterbacks will create one of the most intriguing quarterback battles of fall camp. 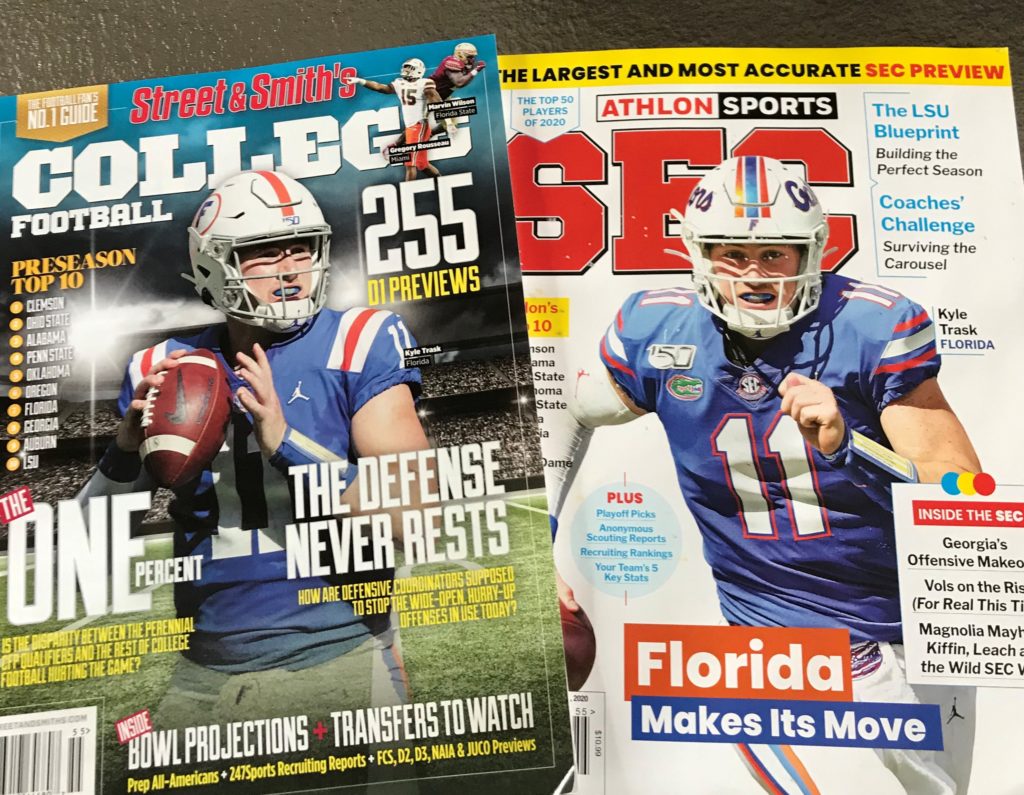