The historic achievement netted a first-place prize of $800,000, as jockey Victor Espinoza was masterful in the irons during American Pharoah's wire-to-wire romp.

With horse racing's most prestigious accolades in tow, American Pharoah's total earnings from his wins in the Kentucky Derby ($1.24 million), Preakness Stakes ($900,000) and Belmont Stakes have reached $2.94 million.

The lucrativeness of American Pharoah's Triple Crown run is considerable, but the focus ought to be on the accomplishment of winning all three races. No one had done it since Affirmed in 1978, and 13 others since had won the Kentucky Derby and Preakness Stakes, only to come up empty at Belmont Park (h/t HorseRacingNation.com).

What helped Pharoah to a large degree was having two prominent connections who had been on the precipice of notching the Triple Crown before. Trainer Bob Baffert had three previous attempts that came up empty, the last of which was in 2002 with War Emblem, when he teamed with Espinoza.

Last year's big hope, California Chrome, also employed Espinoza, who finished fourth in the Belmont Stakes in 2014 and hadn't won the race in his prolific career.

Espinoza didn't lack any faith in his horse this time around, per America's Best Racing:

Jockey Espinoza: "He is an amazing horse. I had so much confidence in him." @BelmontStakes @TheNYRA @NBCSports

Both Baffert and Espinoza had unfinished business to tend to, and American Pharoah was talented enough for the jockey to nudge him out ahead early and ride him all the way to the finish as the perpetual front-runner.

He was tabbed as the pre-race favorite before each leg of the Triple Crown. A ton of pressure fell on Espinoza to execute Baffert's tactics, and it only escalated leading up to Saturday's defining moment.

Whenever questions surfaced as to whether American Pharoah could continue his magical stretch, he answered with improvement. His win at Churchill Downs wasn't the swiftest, but he responded with a seven-length rout at the Preakness in sloppy conditions.

The adverse terrain at Pimlico may have actually been a welcome development for American Pharoah based on the strength it would take to navigate 12 furlongs at Belmont Park. He was certainly up to the task at the Belmont Stakes.

Playing to win in sports is exciting, which is why Espinoza's bold strategy to shoot out of the starting gates and run from the front will be so unforgettable.

Baffert stated afterward that American Pharoah won't be resting on his Triple Crown laurels for good:

Although it's worth savoring this year's Triple Crown champion, there's reason to believe we will hear from American Pharoah again. His legacy may be far from fully written, because it was apparent the long Belmont Stakes track didn't deter him.

Look for Pharoah to keep racing outside of the Triple Crown slate and rack up victories in other high-profile showcases. The prize money will be flowing in bundles for the foreseeable future should owner Ahmed Zayat and Co. decide to go in that direction.

With a trainer like Baffert to guide him, there's no telling what American Pharoah may do from here. What can't be taken away are the big paydays he's already accrued and his indomitable place in horse racing lore. 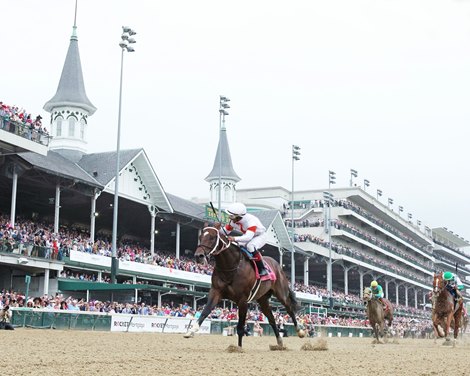 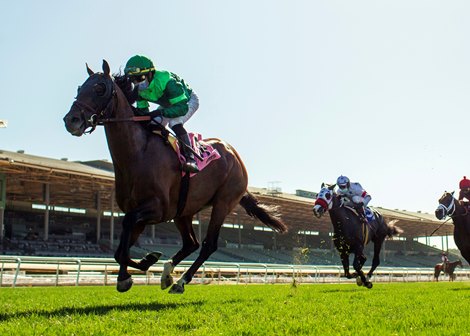