In terms of free agency, the Green Bay Packers remain the only team that has not signed a free agent from another NFL roster, as Michael David Smith notes via Pro Football Talk.

Still, the Packers have done pretty well. Why? They have re-signed some key free agents on their own team. Players like Randall Cobb, Bryan Bulaga, B.J. Raji and Letroy Guion.

The Packers have lost some free agents as well. Players like Tramon Williams, Davon House and Jamari Lattimore.

Replacing Williams will be one the biggest issues the team has this offseason. The veteran cornerback had been with the team almost a decade.

No. 38 spent part of the 2006 season with the Packers on the practice squad, as he was signed as an undrafted rookie free agent.

But from 2007-2014, Williams played a key part in the success the team had. Tramon started 99 games, had 390 tackles, 4.5 sacks, 115 passes defended, 28 interceptions (one for a touchdown), one recovered fumble and five forced fumbles.

Williams was also very good in the postseason. When the Packers were on their way to winning Super Bowl XLV, Williams was coming off his best season in the NFL in 2010 and was named to the Pro Bowl.

He didn't disappoint in the four postseason games the team played either, as he had three picks for 79 yards and a touchdown, plus recovered two fumbles.

Williams caught my attention at the 2007 training camp for the Packers. Green Bay had two established starters at cornerback that year with Charles Woodson and Al Harris, but it was Williams who stuck out to me with his coverage abilities that camp.

Now with Williams signing with the Cleveland Browns in free agency, the Packers need to find a capable replacement.

Right now, it appears that Sam Shields and Casey Hayward will be the two starting cornerbacks in 2015, with Micah Hyde playing the slot corner in the nickel and dime packages.

But more quality depth is needed, as only second-year player Demetri Goodson and first-year player Tay Glover-Wright are the only others cornerbacks on the roster.

I also expect the Packers to re-sign cornerback Jarrett Bush, but his role will mostly be as a key special teams performer.

That is why the 2015 NFL draft will be so important in terms of adding some more talent to the cornerback position. After all, that is how general manager Ted Thompson has built the Packers.

Since Thompson took over the front office in 2005 and then hired head coach Mike McCarthy a year later, the Packers have become a draft-and-develop team for the most part.

The Packers also like to sign undrafted rookie free agents. That is how the team acquired both Williams and Shields.

If the Packers are looking for another Williams in the upcoming draft, there is a player that reminds me quite a bit of No. 38.

That player is Quinten Rollins of Miami of Ohio.

Both play faster than that on tape.

But the biggest thing that jumps out to me between Rollins and Williams in terms of similarities is their excellent instinct. They both just have a knack for reacting quickly to a pass thrown in their direction.

They also both have shown the ability to read a play before it actually occurs. That is what studying formations and knowing tendencies can do for a cornerback.

That also leads to interceptions.

In college at Louisiana Tech, Williams had seven picks in two years.

Rollins had seven interceptions in the only year he played college football at Miami. Before then, he was the point guard for the basketball team.

NFL scout Chris Landry told me that he is very high on Rollins when he talked to me last week.

"The one guy that I want people to remember just for the future, is Quinten Rollins of Miami of Ohio," Landry said. "He played one year of football. He was the starting point guard of Miami of Ohio's basketball team.

"This guy has got really natural instinctive qualities, even though he doesn't know what he's doing. This guy is going to end up being an outstanding corner at the next level. And I think you are going to get him at real good value in the second round.

"If he would have played like a couple or more years, we would be talking about a top-15 or top-20 pick."

I agree with Landry that Rollins could be a second-round pick.

According to a story by Mike Huguenin of NFL.com, NFL Media analyst Mike Mayock also thinks Rollins will be selected in either the second or third round.

So, let's say the Packers select Rollins in the second round. That would mean that the Packers would give the young cornerback some meaningful playing time, just like they did with rookie safety Ha Ha Clinton-Dix in 2014, who was drafted in the first round.

But even with getting on the field fairly often—most likely as a dime back—Rollins could learn from Shields, Hayward and Hyde the tricks of the trade at cornerback in the NFL.

Just like Williams did when he learned from Woodson and Harris.

Look how his career turned out. Rollins has those same abilities, albeit with less experience playing the position. 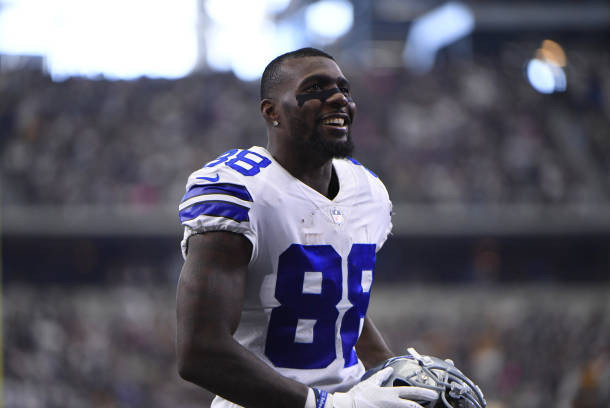