Martin Brodeur has announced his retirement after a legendary career with the New Jersey Devils and St. Louis Blues.

The St. Louis Blues confirmed that Martin Brodeur has been named Senior Advisor to the General Manager as part of his front office role with the team.

Brodeur later spoke about his move to the front office, via the Blues, Nick Cotsonika of Yahoo Sports and Tom Gulitti of The Record:

Brodeur on his new role: "I want to make sure I help the team. I'm here to help, I'm here to learn and I'm excited about it." #stlblues

Brodeur: "This is a great day for me. I'm excited to start a new chapter in my hockey career."

Andy Strickland of Fox Sports Midwest also passed along comments from Brodeur, who revealed he's committed through the end of the season.

The legendary goaltender also spoke on the decision to end his playing career and his achievements, via Cotsonika and John Lu of TSN:

Brodeur: "I know I can play. I know I can still have fun with this game." But when Blues got healthy, it was hard to sit.

Legendary NHL goaltender Martin Brodeur is set to retire after a short stint with the St. Louis Blues and will reportedly join the team's front office. He previously spent more than two decades with the New Jersey Devils and set numerous league records.

Brodeur will stay with the Blues organization in a management role in hockey operations. &gt;&gt;&gt; http://t.co/sj22lAhGj1

Jeremy Rutherford of the St. Louis Post-Dispatch previously confirmed the decision and noted an official announcement would come later.

Chris Johnston of Sportsnet previously reported Brodeur had decided to take a position with the Blues after stepping away to reconsider his status. He remained on the free-agent market until November, when the team signed him following an injury to Brian Elliott.

"The NHL's all-time winningest goalie made the decision after taking a break from the NHL team to ponder his future," Johnston wrote. "Two sources confirmed that Brodeur took the Blues up on the offer of an executive role."

He appeared in seven games for St. Louis this season. His numbers were well below his career marks, with a 2.87 goals-against average and .899 save percentage. Although it was a small sample size, it continued a downward trend from his final few seasons in New Jersey.

As the Sportsnet report notes, it's interesting that Brodeur decided to take a front-office role with the Blues despite spending so much time with the Devils. It's unclear what led him to make that decision after opting to hang up his skates.

Brodeur will go down as one of the greatest goalies in NHL history. He won the Calder Trophy in 1994 as the league's top rookie, made nine All-Star Games, won the Vezina Trophy (top goaltender) four times and raised the Stanley Cup three times. He also won a pair of gold medals while representing Canada in the Olympics.

Now, it's on to the next stage of his hockey career. 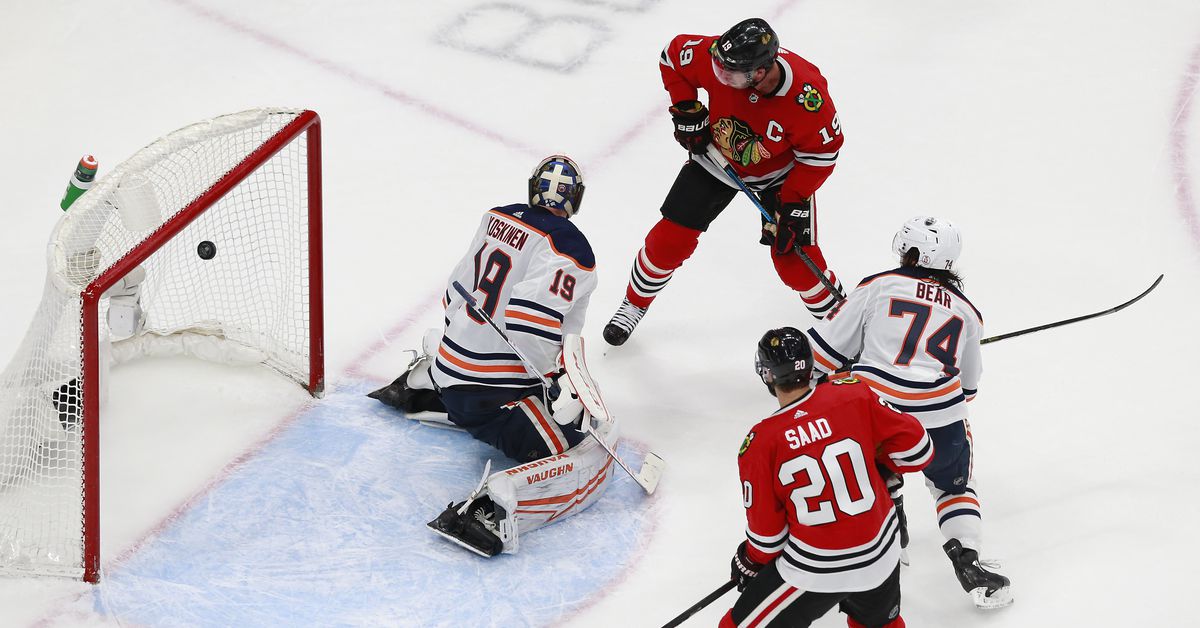