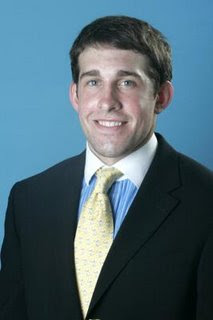 I like to finish off these lists of 10 notable Columbia players at every position with a current Lion. And I also always like to give as much recognition to Andy Shalbrack '10 as I can.

I'm one of those many Columbia fans who is disappointed, but not shocked, by the lack of recognition Shalbrack's standout play has received from the Ivy League in general so far in his career.

In 2006, a strong argument could have been made that he was the true Ivy Rookie of the Year, and not his teammate Austin Knowlin. I know because I made that argument myself.

But even after three great seasons in the defensive backfield, Shalbrack hasn't even been given an honorable mention nod for the All Ivy team in any of those three years. I can understand a snub in one or two of those years, but all three? Come on!

But I am not surprised either. Without any winning seasons at Columbia under his belt, Shalbrack just won't get the individual recognition he deserves. 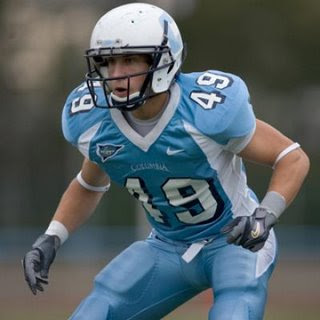 
Shalbrack burst onto the season in his first game with some hard hits on some unlucky Fordham ball carriers. He finished his freshman campaign as the Ivy interception leader, (and it seemed like all his picks were absolutely crucial that season).

As a sophomore he was one of the many victims of what I call the "2007 Columbia Injury Epidemic." But he still played in every game and made a spectacular interception return for a TD in the Princeton game that was a combination of aggressive play and perfect timing.

Last season he carried the load at safety while Columbia adjusted to a freshman starter at one corner position and a sophomore at the other. His most memorable moments were the interceptions that iced both Lion wins against Dartmouth and Cornell.

Shalbrack is not one of the official team captains this season, but he is the captain of that Lion secondary ... don't even think otherwise.

When it comes to gaining the victories that will guarantee Shalbrack and many of his fellow seniors some well-deserved recognition, I just hope they're saving the best for last.