The Toronto Blue Jays beat the Cincinnati Reds Tuesday night by a score of 7-5. The ballgame took a backseat to the return of Reds first baseman Joey Votto and, more importantly, the reasons for his absence.

He put to rest the rumors of vertigo, steroid withdrawal, going deaf, or even a rare ear cancer.

Joey Votto is a tortured man trying his hardest to deal with the depression that follows 10 months of personally bottling up the emotions caused by losing a loved one.

"He would watch every single Reds game," Votto said. "He was the first one to teach me how to play baseball. I played catch with him on a daily basis when I was really young. He was a big fan. He was just in love with what I did and me. He was a great father to me."

Last year, after a week on the bereavement list, and desperate in his attempts to bury any feelings that come naturally when losing a close family member, Votto finished the season and came in second in the Rookie-of-the-Year balloting.

This season, after a case of the flu and an inner-ear infection caused him to miss games, he tried to suck it up and play ball again.

The suppression of his feelings came to a head during a 10-game road trip. There were panic attacks, anxiety attacks, dizziness, and even two 911 calls.

In Arizona, Reds' manager, Dusty Baker, had to come onto the field and physically help Votto to the Reds' bench.

"I thought I was going to go crazy," Votto said after a game in Milwaukee.

After that game, he met with his manager. It was decided, mutually, that he needed time to try to sort himself out.

“I’ve been struggling so much with this in my private life, even though I’d go on the field and do well,” Votto said. “Going out on the field? I couldn’t do it anymore because I was so overwhelmed. The stuff I was dealing with finally seeped its way onto the game. I had to put an end to it, because I just couldn’t be out there.”

He knew it was time to seek professional help.

"I’m seeing a couple of doctors and speaking to people and letting people know what I’m dealing with, how difficult the grieving process is," he said.

Seeing Votto's name in the lineup comes as a relief to the fans in Reds' country. Seeing his face in the dugout is a totally different story.

He is still struggling—it might not show in the box scores, but his face is one of a man trying to cope—cope with life and all the punches it hits you with. 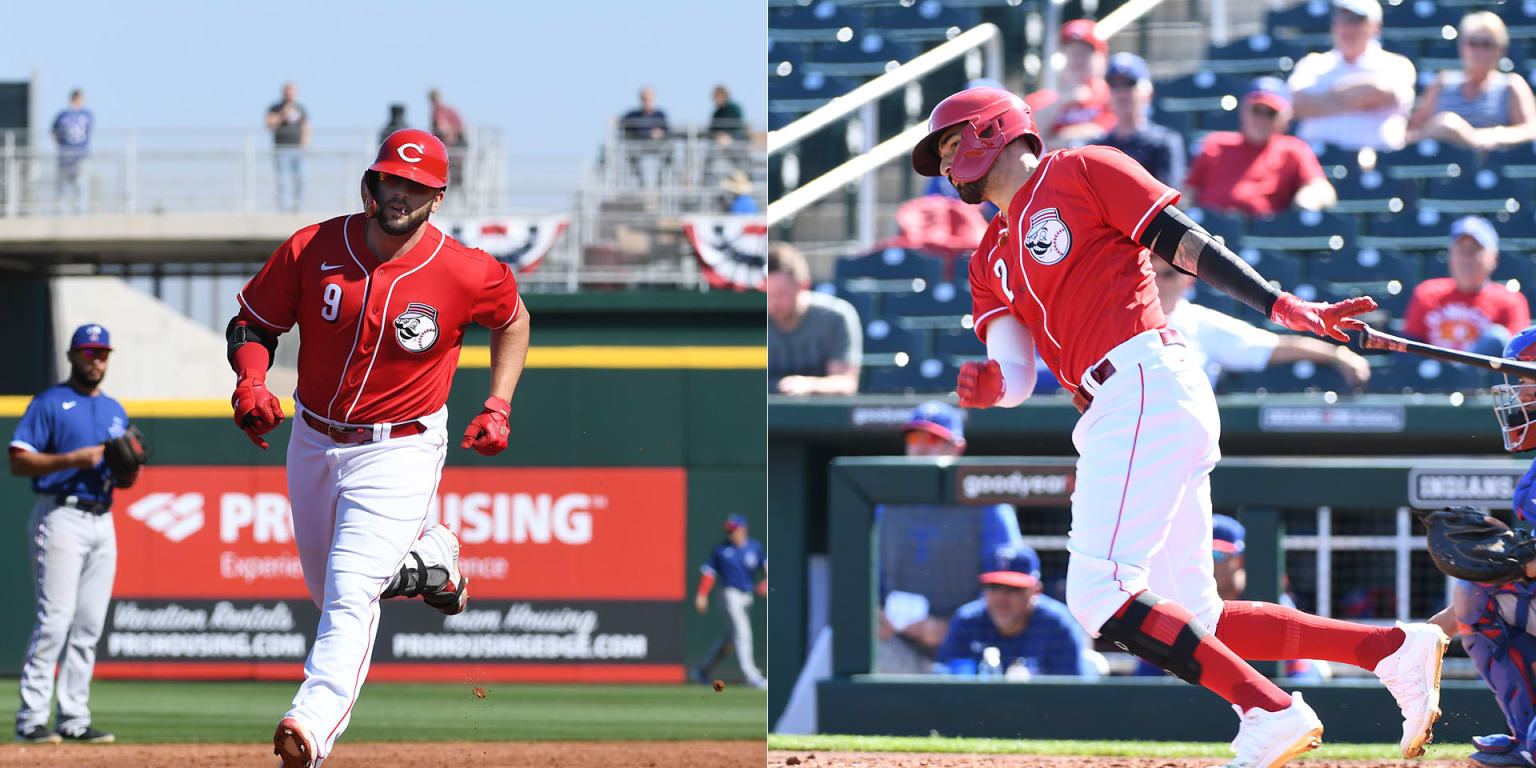 Jose Adames hit 100 MPH in the Reds win on Monday

Jose Adames hit 100 MPH in the Reds win on Monday