While national signing day is more than nine months away, the Georgia Bulldogs already have a major problem with the class of 2015.  An inordinate amount of players from the talent-rich Peach State are crossing borders and committing to programs outside of state lines.

For a program that depends so highly on in-state products, such an early exodus could stunt recruiting momentum for next year's class before summer camps even begin.

For years, Georgia has relied heavily on the plethora of local talent produced in regional hotbeds like metro Atlanta and south Georgia.

Over the past five years alone, over 63 percent of Georgia's enrollees have come from the Bulldogs' home state.  And while that trend fluctuates from class to class, it's no mystery that locking down the borders is a recruiting priority for Mark Richt and his coaching staff.

In 2011, when Georgia assembled its best recruiting class of the past five years, per 247Sports, the plan was simple: secure the borders.  According to Tim Tucker of the Atlanta Journal-Constitution, Richt offered the following assessment of his recruiting priorities on his radio show in November of 2010:

When you talk about in-state kids, that’s why I’ve been talking about this Georgia ‘Dream Team’, this team of guys that I think are the best players in the state of Georgia. And I believe if they will stay in the state and come together, we can prove to the United States of America that we have the best football in the country [in] the state of Georgia. We need those Georgia kids to stay at home and do that thing for the Bulldogs, and I think everybody is going to get excited about that.

Undoubtedly, that priority remains intact.  Unfortunately, the Dawgs don't seem destined for a "Dream Team" of local signees in 2015.

According to 247Sports, 19 of the state's 50 best high school prospects have committed to various universities.  Only three of those players (Terry Godwin, Chauncey Rivers and Christian Owens) are expected to wear red and black.  Godwin is the only player ranked in the state's top 10 who is currently committed to the Bulldogs, but five other such players have decided to play elsewhere.

Some of these players have committed to national powers like Alabama, Auburn and Florida State, some to other SEC schools like Tennessee and South Carolina and still others have chosen to go across the country and play in the Pac-12.  The only discernible pattern regarding these players' destinations is that they prefer not to play for Georgia.

Georgia seems to be missing out on particular pods of players.  Auburn picked up three commitments from Peach State prospects this week, all three from offensive linemen:

Meanwhile, a dynamic duo of offensive stars from McEachern High School in Powder Springs, Ga., decided to take their respective skill sets to the Pac-12.

Chuma Edoga, an offensive tackle and the state's fourth-best prospect according to 247Sports, committed to Southern Cal on Monday.  Three days later, his teammate Taj Griffin, the best all-purpose back in the country (per 247Sports), committed to Oregon.

For Georgia, the fence on the state border must be mended—sooner rather than later.  Recruiting itself is a game, and even more so than football, it's a game of momentum.  Players feed off of each other's decisions.  In 2011, that phenomenon worked to the Dawgs' advantage as 13 of the state's 25 best prospects signed with Georgia.  Right now, however, this trend is to the Bulldogs' detriment.

By the looks of things, Georgia is making every effort to reverse momentum.  Rusty Mansell of 247Sports (subscription required) wrote yesterday that Georgia was in a good position to land the state's top overall prospect, Trent Thompson.

"Georgia offered first and has not let up on the 6-foot-5, 300 pound DT at any point," Mansell notes.

A big name and a few prospects willing to recruit their peers will help the Dawgs firm up the 2015 class.  But they have their work cut out for them.

Georgia football's QB room is the deepest in CFB 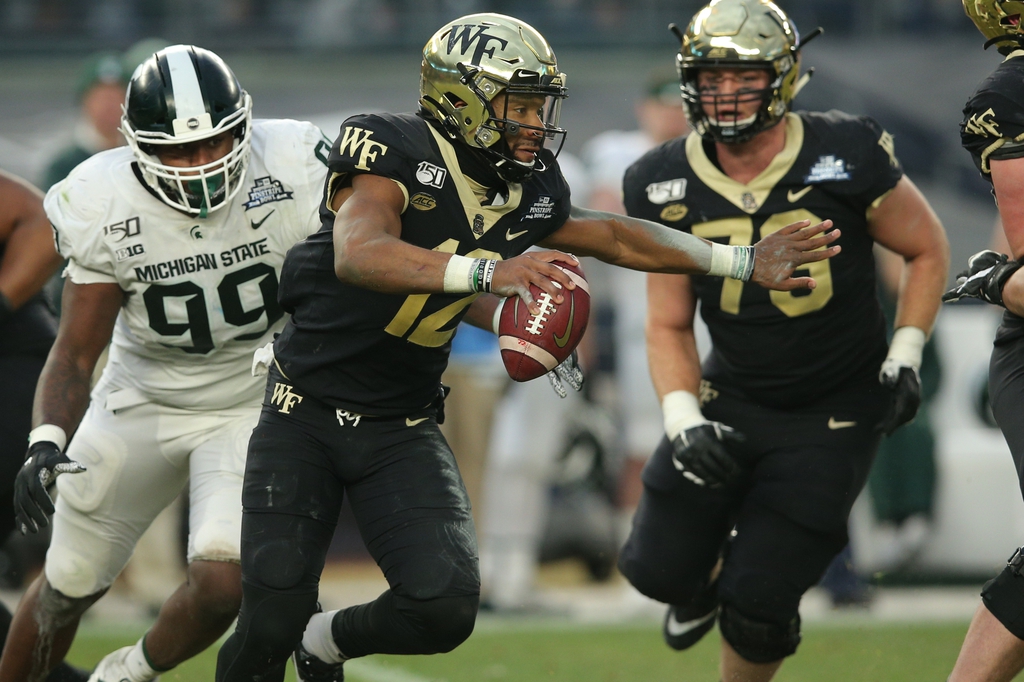 Georgia football's QB room is the deepest in CFB