Hell hath no fury like the New York Yankees when they miss the playoffs.

It doesn't happen very often, but when it does, the entire sport, from San Diego to St. Petersburg, feels the effects. After missing out on the postseason in 2008, the Yankees committed $423.5 million to CC Sabathia, AJ Burnett, and Mark Teixeira—three key players in the team's run to a 27th championship the following year.

Despite a public declaration to keep their payroll below the $189 million mark, Brian Cashman has spared no expense thus far this offseason. The signings of Jacoby Ellsbury, Brian McCann, Carlos Beltran and Masahiro Tanaka have set the Bombers back $453 million. With most of their offseason dust settled, the question now becomes: What will the team's investment yield?

It doesn't take a baseball genius to know that none of the Yankees' free-agent acquisitions this winter are a sure thing. Ellsbury's games played the last four years read as follows: 18, 158, 74, 134. McCann is a catcher entering his age-30 season. Beltran might oddly be the safest bet of the bunch, and he'll serve primarily as a 37-year-old designated hitter. Then there is, of course, the biggest question mark of them all in Tanaka. The Japanese legend went 24-0 last year with incredible peripheral stats, but how much of that translates to success against big league hitters?

The Yankees won 85 games last year, their lowest total in a non-strike shortened season since 1992. They even appeared to be a little lucky getting to that figure, as Baseball Reference had the team's Pythagorean win-loss record, an average prediction of wins and losses based primarily on run differential, as 79-83. To get back to the 90-win mark, which they will probably need to if they are to return to the playoffs, major contributions will be needed from the newest Bombers. With that in mind, what are the best case and worst case scenarios for these four?

Best Case: Ellsbury placed second in AL MVP voting in 2011 and for good reason. He had a career year, blasting 32 home runs, practically out of nowhere, while driving in 105 runs. Fangraphs had Ellsbury's WAR at a league-best 9.1, meaning he arguably meant more to his team than any other player in baseball that year. The power he exhibited that year appears to have been a flash in the pan, but that sort of impact would be the best case scenario for Ellsbury's first year in the Bronx. There probably will be a boost in power (nine homers in 2013) thanks to the short porch in right field.

While he'll begin 2014 on the wrong side of 30, Ellsbury still swiped 52 bags last year, and even if that number comes down slightly, he's still be practically a lock to lead the team. The most recent Red Sox defector to the Bronx will also help shore up the defense up the middle for New York, which will be critical given a number of question marks in that department. Ellsbury continues to rake with runners in scoring position, adding to his career .313 mark in those situations.

Worst Case: As mentioned above, Ellsbury can sometimes have a very hard time staying on the field. The Yankees did not shell out $153 million (money that could have been spent on Robinson Cano) to watch Ellsbury not play. Worst case, the every other year injuries bite him again. Worst-worst case would be something like a hamstring injury that could rob him of some speed, his greatest attribute. His absence creates a defensive problem in the outfield, not to mention a pretty sizable hole at the top a lineup that already has two glaring shortcomings (to put it kindly) at second and third. Not an ideal way to start out a contract that most consider to be too long as it is.

Best Case: Of all of the major moves New York made this winter, McCann's acquisition was arguably the most important. Even with hindsight being 20/20, letting Russell Martin walk after the 2012-13 season for a whopping two-year, $17 million contract made little sense. The result was a complete disaster for the Yankees in 2013, with a combined line of .213/.287/.298 from their slew of catchers.

A seven-time All-Star, McCann can certainly to bring credibility back behind the plate for the team and then some. In just 402 at-bats last year, the former Brave went yard 20 times. McCann has a perfect swing for Yankee Stadium, and it wouldn't surprise me if he managed to hit the 30-home run mark for the first time in his career. Hitting lower in the lineup than he is accustomed to, McCann is the beneficiary of many situations to drive runners in. He also continues his career model of being above average behind the plate, and at the very least, it doesn't hurt the team in the field. For the first time in his career, he'll be able to DH, saving his body some wear and tear.

Worst Case: Did we mention that McCann is entering his age-30 season? While Fangraphs shows us that the decline after 30 isn't as severe for backstops that many think, there is definitely a drop-off. McCann succumbs to the trend and leaves the Yankees with a catcher making $17 million per year who isn't worth that. The Yankee Stadium effect doesn't do much for McCann, as his decreasing rate of getting on-base (.300 and .336 the last two seasons) becomes an issue. Regardless, his season is an upgrade over what New York had at the position a year ago, but the effect on team wins and losses is negligible.

Best Case: Carlos Beltran and the Yankees are a match made in heaven, even though this marriage should have realistically happened nine years ago. His recent resurgence in St. Louis made him a prime target this offseason for the Yankees, the team Beltran said he wished to have signed with back in 2005 when he wound up joining the Mets. Like Ellsbury, there is a slight injury risk with Beltran, but the ability to take half a game off as the DH will mean big things for the Puerto Rican native.

The transition back to New York goes smoothly, as Beltran continues to do the one thing the Yankees have needed desperately in years past—the ability to hit when it counts (Beltran hit .375 with runners in scoring position and two outs last year!). Even though he'll play most of the season as a 37-year-old, his 2013 figures of 24 homers and 84 RBI's are easily obtainable.

Worst Case: The aforementioned injury bug wasn't an issue for Beltran in St. Louis, but we're still talking about a player toward the end of his career with knee issues. A shell of his former self defensively, he could become a liability should he be forced to play in right more than expected. Beltran's lefty/righty splits were somewhat drastic in 2013 (.315 versus right-handers as opposed to .252 against southpaws), and should that worsen, his value as a switch-hitter disappears. Too many times in the past decade or so have the Yankees over-payed for a player past his prime, and all it takes is a body tweak here or there to add Beltran to that list.

Best Case: Tanaka is the hardest of this group to accurately forecast. No one with their head on straight expects Tanaka to repeat his 24-0, 1.27 ERA performance from his final season in Japan a year ago, so what is realistic?

Some scouts have pointed to Dan Haren's peak as a solid base for Tanaka projections. So now you ask, what did Haren's best look like? The righty's career year came in 2009 with the Diamondbacks, when he wound up placing fifth in NL Cy Young voting. Haren was 14-10 with a 3.14 ERA. More impressive than those numbers were his league-best 1.003 WHIP and 5.87 strikeout-to-walk ratio. Those figures are mainly responsible for the comparison, as Tanaka is known to have what scout's call "plus" control. A 2014-15 season for Tanaka that is on the same level as Haren's 2009 would probably result in Tanaka being the "ace" on the Yankees' staff. ESPN's Keith Law expects Tanaka to be "the Yankees' best starter in 2014 and one of the top 20-25 starters in the league." Comparisons to Yu Darvish are inevitable but unfair to both, as the two are entirely different hurlers.

Worst Case: The Yankees' history with Japanese pitchers is not exactly impressive. Hideki Irabu never quite figured out the big leagues, while Kei Igawa holds about every record imaginable for the team's Triple-A team. It's hard to envision Tanaka failing like those two, but for the $155 million he was given, that would be an utter disaster. While he is only 25, the toll on his arm from all the innings he threw in Japan (1,315 through his age-24 season) is unknown but is potentially an issue a few years down the road. Sports Illustrated's Tom Verducci analyzed just how unprecedented his workload was, starting as a teenager.

Even if it's not the innings that get Tanaka, it could be adjusting to big league hitters. Tanaka was known to pitch with his fastball up in the zone, a style that will hurt him dearly pitching in Yankee Stadium. In a rotation full of uncertainty, Tanaka could be the biggest and most expensive question mark.

The lefty cut his thumb while washing dishes at home and needed five stitches, nerve repaired 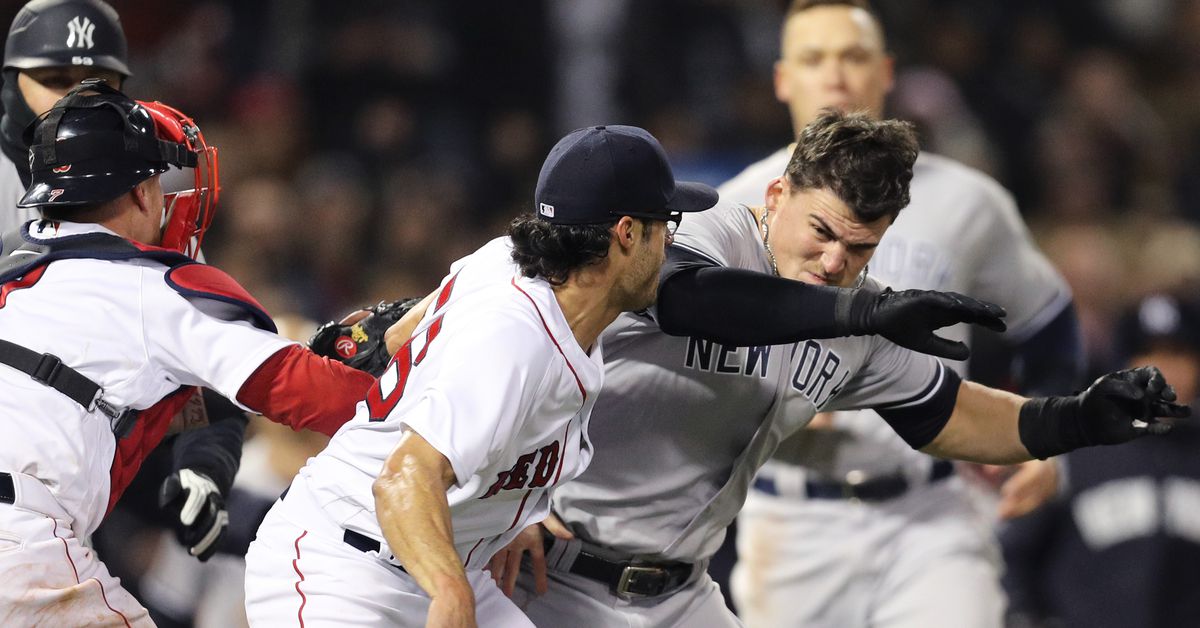 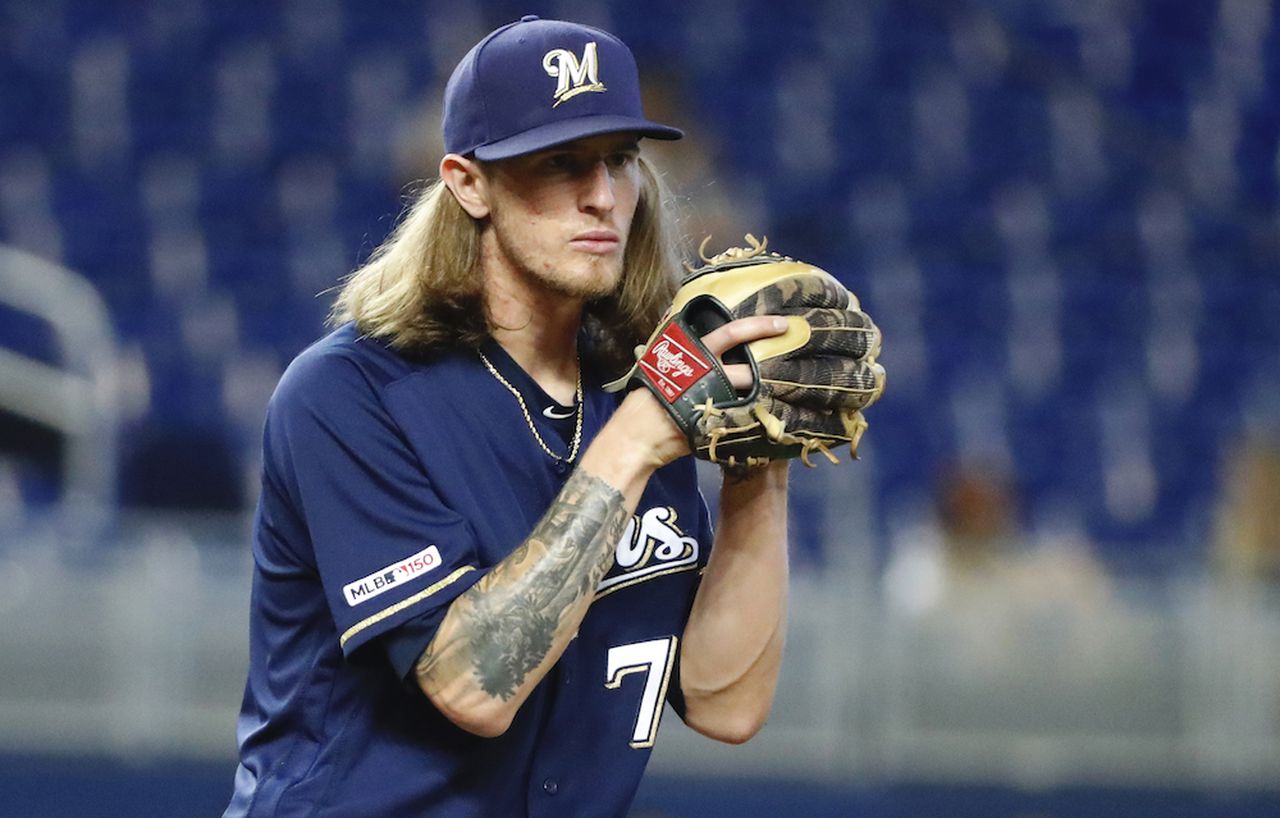