Kyle Beach is signed for one last shot with the Chicago Blackhawks.Gregory Shamus/Getty Images

The Chicago Blackhawks are taking a final shot on what could turn out to be the biggest bust in the organization's history—Kyle Beach is at a definite crossroads in his hockey career.

Beach should be accustomed to the scenery by now.

When the conversation turns to Blackhawks prospects, Beach's name will inevitably come up. Following Chicago re-signing Beach to a one-year deal Wednesday, it was time for a new round of discussion on the 2008 first-round pick.

Pro Hockey Talk's Jason Brough suggested Beach as a possible replacement for Daniel Carcillo. Tim Sassone of the Daily Herald tweeted that Beach has "no shot" at being an NHL player.

The 'Hawks must have at least some faith left in the big left wing. However, the length of the deal suggests that Chicago is nearing the end of its rope. One possible final chapter in a frustrating mystery that began on draft day back in 2008.

Beach was one of that draft's top-rated skaters. Even then, the talk boiled down to his vast talent battling a shaky reputation. A lot of teams were interested in a rugged forward who could put the puck in the net.

Vancouver was interested, as were the Maple Leafs. Beach was available to Chicago at 11th overall and Dale Tallon rolled the dice. Five years later, those dice are now bouncing around in Rockford, the 'Hawks AHL affiliate.

Nine of the 10 players drafted ahead of Beach have all logged at least 139 games in the NHL. The lone exception is Columbus selection Nikita Filatov, who played 53 games over four seasons before departing for the KHL.

There is a lot of talent in the players selected after Chicago took Beach. Buffalo selected 12th and 26th, scoring Tyler Myers and Tyler Ennis. Both players hailed from the WHL, like Beach. Myers hit the Sabers lineup in the 2009-10 campaign, and Ennis was up full-time the next season.

Erik Karlsson of the Senators (15th overall), Edmonton's Jordan Eberle (22nd) and John Carlson of the Capitals (27th) all went later in the draft than Beach. Of the first 17 picks of the 2008 draft, just one player has failed to suit up for the team that drafted him.

That player, of course, is Beach.

After his selection, Beach went back to the WHL, going from Everett to Lethbridge and finally to Spokane, where he potted 52 goals in 68 games in 2009-10. His first full season in Rockford was promising if a little uneven. In 71 games, Beach had 16 goals and 20 assists in 2010-11.

Beach got eight games into the 2011-12 campaign when he suffered a severe shoulder injury in a fight. Rehabbing his shoulder got him into the weight room and suggested a more mature Beach. Unfortunately, it also cost him all but 19 games of the schedule.

This past season saw some highs and lows from Beach. He was the CCM/AHL Player of the Week in the first month of the season. The glut of players in Rockford via the NHL lockout didn't do him any favors, however, and he struggled to find top-six minutes.

Beach scored 16 goals, finishing the season with 26 points and 204 penalty minutes in 66 games. His most noteworthy performance in 2012-13 might be the instigation of the January 19 brawl between Rockford and Grand Rapids.

Beach is definitely the agitating sort, but is he primed to follow Carcillo's footsteps? Not really. Beach is a far more talented hockey player that Carbomb. He has an outstanding perimeter shot, and is a real force when he gets to the net.

All that talent, however, has failed to show itself on a nightly basis in Rockford.

Beach doesn't mind starting trouble, though his fight record isn't overly impressive. The key for Beach is for him to get involved offensively and not just from a physical standpoint. There is still NHL talent in this 6'3", 210-pound forward.

In another organization, Beach may have had an easier path to the NHL. The competition is a bit tougher with the 'Hawks, making this coming season crucial for him.

With a host of younger prospects meriting big minutes with the IceHogs this fall, time is a factor. At 23, Beach needs to have a breakthrough season in Rockford to bolster his fading stock.

Several of Beach's teammates will be up with the 'Hawks for a good part of the season. This includes Ben Smith, who was selected five rounds after Beach but has appeared in a Stanley Cup final. If Beach can't earn top-six minutes this fall, it may be time to cut bait.

You have to go back to 1993 (Eric Lecompte) to find a 'Hawks first-round pick that didn't find his way into a single NHL contest. You have to wind the clock back to 1971 and Dan Spring (12th overall) to find a Chicago pick in a comparable spot in the first round not to skate in an NHL game.

Spring spent three seasons in the rival World Hockey Association, and Lecompte went to Europe after washing out of the minors. What does the future hold for Beach? 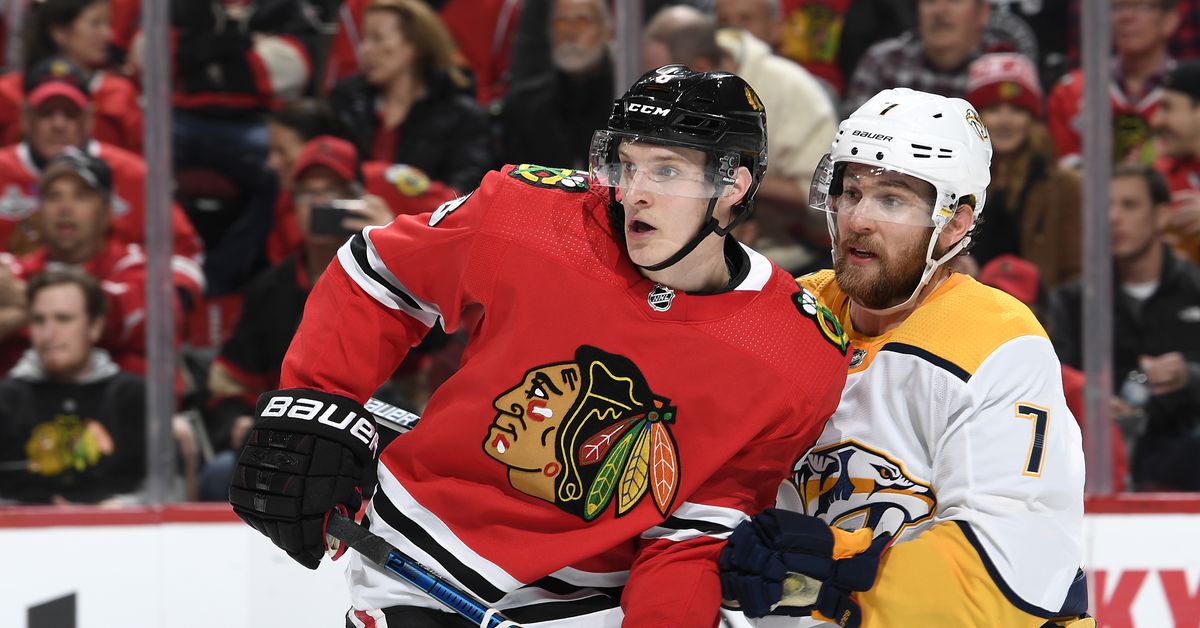 Chicago Blackhawks: Erik Gustafsson could be on his way out

Chicago Blackhawks: Erik Gustafsson could be on his way out 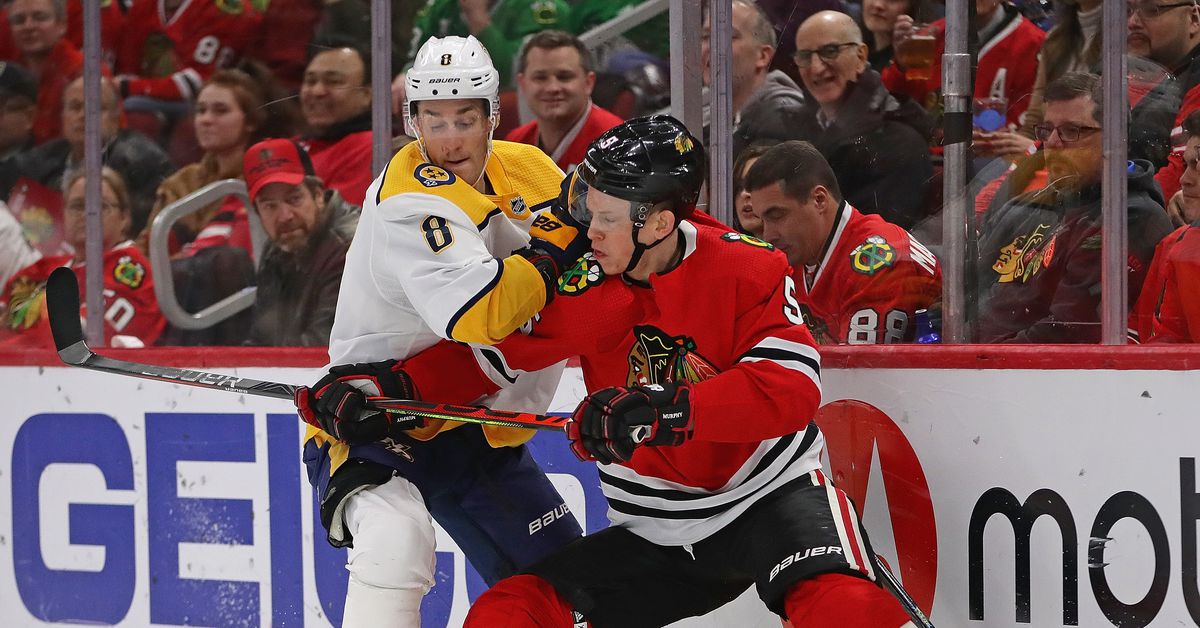 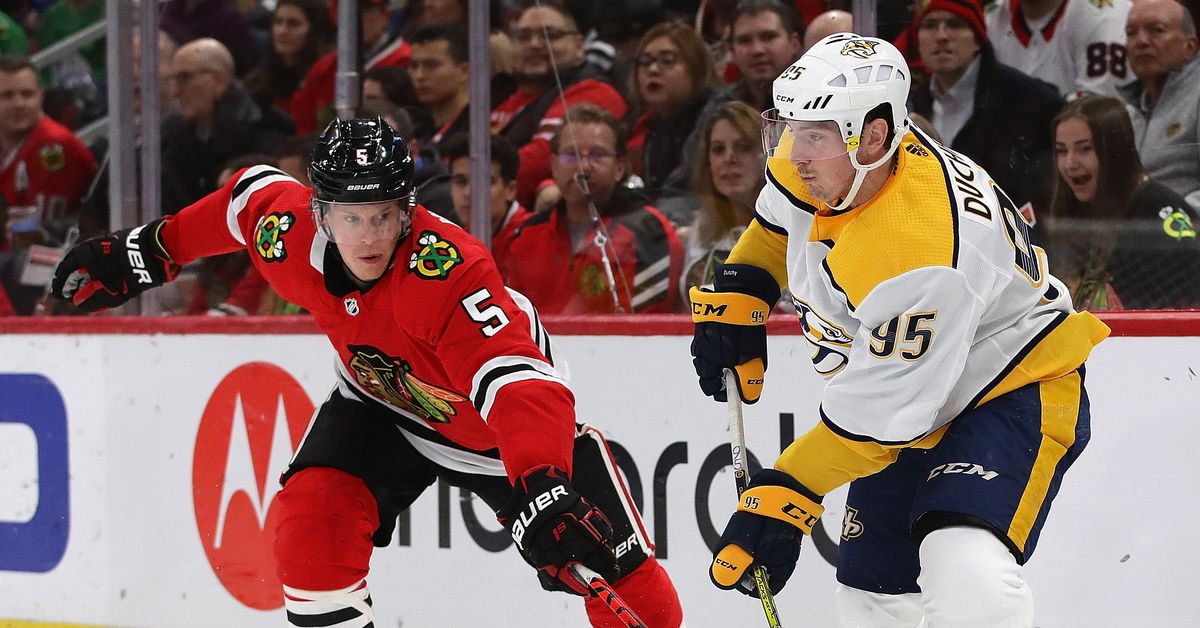