With that said, it is not Wayne Gretzky’s unparalleled talent that makes him our training inspiration today, but rather, his unparalleled work ethic.

As the legend goes, as a child Wayne Gretzky would, like most other boys in his home country, watch the NHL on television every chance he could get.

What made him different, however, was that every time, he would sit there with a blank piece of white paper and a pencil. Without looking at the paper, eyes constantly on the screen, he would trace the path of the puck on his sheet of paper throughout the course of the game.

By the end of the game, he would have a sheet of paper covered in pencil marks, and the darkest areas were where the puck spent the most time.

Years later, Gretzky would amaze the world with an uncanny ability—never seen before or since—to know where the puck would be even before anyone else knew they were going to send it there.

Gretzky won four Stanley Cups and made two more trips to the finals. He is the career leader in pretty much every single-season and career-scoring category. If you ignore his nearly 900 career goals (and he is the all-time leader there) he would be the all-time NHL scoring leader with his assists alone.

Only one other player (Mario Lemieux) has ever scored 160 points in a season (he did it four times), and no one else has ever scored 200. Wayne Gretzky broke the 200-point barrier four times and had nine 160-point seasons.

In other words, he essentially spent a decade with each year performing at a level that only one other player was ever able to attain in his best season. Wayne Gretzky’s ninth-best season could only be matched by Mario Lemieux and nobody else.

Eighteen all-star games, ten league scoring titles, nine league MVP awards. The list goes on and on.  But the essence of the matter is not so much that the heavens touched one man and gave him an unmatched gift in terms of talent, but that this man worked as hard as anyone ever has to turn that talent into glory.

This is what the Anvil of Crom is all about. Rebuilding the legs…

*Colin Timberlake is a Sports Jabber contributing author.  You can view more articles at ColinTimberlake.com.

Join in the discussion on this and other topics in the NEW Sports Jabber Forums!

Could Oilers Go From “Shafted” to Unlikely No. 1 Draft Pick Winners? 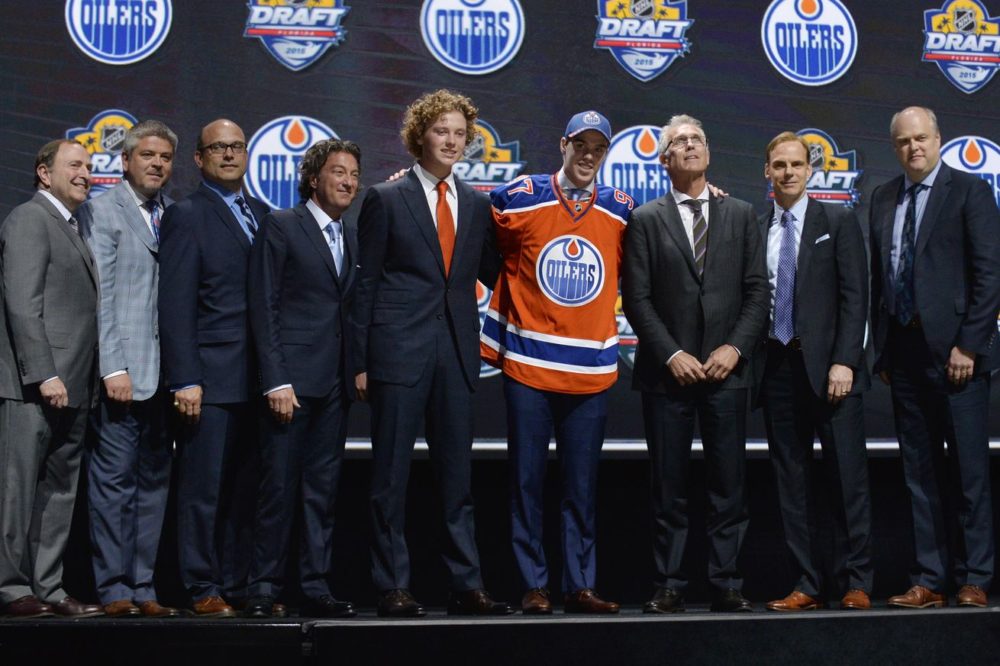 Could Oilers Go From “Shafted” to Unlikely No. 1 Draft Pick Winners?