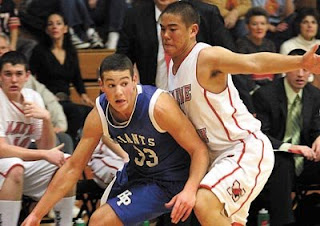 One of the "knocks" on John Beilein when he took the Michigan job was, "can he recruit?". Sure it's hard to recruit to West Virgina, but he really hasn't landed any big named players.
Of course, you can debate whether or not getting five-star players that stay a year and then head to the NBA is being a good recruiter. I tend to lean towards the idea that Michigan doesn't need that type of player, what Michigan needs is guys that will stay 3-plus years and make Michigan an NCAA tournament team annually.

One of the reasons I know John can recruit is because he gets guys to come to Michigan and pay their own way when they could have gotten scholarships at other schools. Case in point is John's latest addition to the Wolverines, Josh Bartelstein.

Bartelstein, who was personally recruited by Michigan head coach John Beilein, visited the campus in Ann Arbor this past weekend, and knew that is where he wanted to be. Beilein spent the entire day with Bartelstein, and personally escorted him around campus. Beilein is known for having great success with recruited walk-ons as many have played prominent roles both at West Virginia and Michigan.

Bartelstein selected Michigan over a host of Division I offers including Wagner, San Diego, Elon, UIC, Detroit, and Valparaiso.

Personally, to get a guy to come join the basketball team and pay his own way is doing some strong recruiting in my book. By the way, Bartelstein isn't the only walk-on joining Michigan next year.
Johnny B has gotten Ann Arbor's Gabriel Richard's Eso Akunne, a 6'3" guard who averaged 21.8 points, 10.5 rebounds, and 5.8 assists during his senior season, to walk on as well. Eso was named Ann Arbor's player of the year by the Ann Arbor News and was a finalist for Michigan's Mr. Basketball. 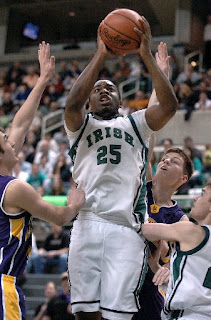 So for now, Michigan will leave the Blake Griffin's and OJ Mayo's to other programs. John Beilein is looking to build a strong foundation in Ann Arbor for years to come.
By the way, If you hadn't noticed. ESPN's Andy Katz has the Wolverines ranked No. 9 in his pre-season poll. Get those band wagons ready!