First came news that Bob Baffert was pulling Governor Charlie and Code West out of the 2013 Kentucky Derby (h/t Sporting News). Then it was announced Winning Cause and Tiz a Minister won't be participating, either (h/t Jay Privman of Daily Racing Form).

That leaves only 19 horses in the field at the Run for the Roses. Here is a quick breakdown of those who are set to race on Saturday.

Orb will no doubt be one of the favorites going into the race on Saturday. He's tied with Verrazano atop the leaderboard in the Road to the Kentucky Derby standings. Joel Rosario doesn't have a lot of experience at Churchill Downs, but he's been riding Orb to a lot of success.

The Wood Memorial was when Verrazano was solidified as a major contender for the Kentucky Derby. The horse had been looking very strong, but that was the big win he really needed. It was the fourth win in a row for Verrazano. John Velazquez is a one-time winner of the Kentucky Derby, riding Animal Kingdom to victory in 2011.

Much of the talk surrounding Goldencents doesn't even involve the horse at all. Owner Rick Pitino would be capping off quite a spring after his Louisville Cardinals won the NCAA tournament. Kevin Krigger was the first black jockey ever to win the Santa Anita Derby, and he's looking to become the first one since 1902 to win the Kentucky Derby (h/t Melissa Hoppert of The New York Times).

In terms of size, Java's War doesn't stack up much. He doesn't look like much of a contender, but he's remained very competitive in all of his races. Java's War is a great finisher, so he could make a late run at the Derby.

In his wins, Overanalyze has looked very good; however, he has been inconsistent. A win is followed up with a disappointing finish. If Overanalyze continues his pre-race pattern, he'll follow up his win at the Arkansas Derby with a lackluster showing at Churchill Downs.

Revolutionary had a great showing at the Louisiana Derby, holding off Mylute to get the victory. He usually doesn't start very well, but Revolutionary has made it a habit of finishing very strong. That's what happened against Mylute. He could have trouble fighting back against the top horses in this field, though. A big plus is Calvin Borel, who's a three-time winner of the Kentucky Derby.

Lines of Battle has yet to find a jockey. That's not a good way to go into the Derby. You'd like for the horse to have some time with his jockey to build continuity. This is a very good horse, as demonstrated by his win at the UAE Derby, which earned him a shot in this Derby.

Vyjack had won four races in a row going into the Wood Memorial. He had a good showing, but it was a bit disappointing to see him eclipsed by Normandy Invasion late in the race. Vyjack is a strong horse who's shown some versatility in the way he handles races.

Will Take Charge is used to closing toward the end of the race, and the way he hovers near the middle could help him keep close pace to the leaders. He's really grown into his body and looked stronger and stronger as the Derby got closer.

Itsmyluckyday has a nice runner-up finish at the Florida Derby on his resume. He tried to give Orb a tough go of it but just didn't have enough. Elvis Trujillo was named after the King himself, and don't expect if he and Itsmyluckyday have the field all shook up on Saturday.

Joe Bravo has a very good relationship with Black Onyx trainer Kelly Breen. That helps out preparations quite a bit. Black Onyx is a horse who can make up a lot of ground in a short amount of time. If he's back in the pack a bit, don't be surprised if he makes a quick push for the front.

Nobody was expecting Mike Smith and Giacomo to win the 2005 Kentucky Derby. But they defied the odds and brought home the title. Smith will need similar luck on Saturday, as few are expecting much of Palace Malice.

Normandy Invasion stole the show at the Wood Memorial. His strong finish made people stand up and notice exactly how good a horse he is. Javier Castellano has never won at the Kentucky Derby, but he’s got a ton of experience and is more than capable of bringing home his first win this year.

It will be the debut for Victor Lebron at the Kentucky Derby. It's a little unfair to expect he and Frac Daddy to win it this year. The horse is pretty strong, though. He's got a lot of pace and could sneak to a finish in the top three

As with many females in a male-dominated sport, Rosie Napravnik has to deal with critics who believe she only gets ahead by being a pretty face. Far from being the case, Napravnik is a very talented jockey. Mylute is not going to be a favorite, but don't count him out because of the way he can finish off races.

Oxbow is a good hose, but the best thing he's got going for him are Gary Stevens and D. Wayne Lukas. The two are legends who are no strangers to the Kentucky Derby. A win at the Lecomte Stakes illustrated exactly what this horse is capable of.

This is a very intriguing horse. Luis Saez is a talented young jockey who's on the rise. Falling Sky is a horse that's used to starting early. He could fade down the stretch, but there's the slim chance that a hot start can lead to a surprise at the end of the race.

Charming Kitten had a great finish at the Blue Grass Stakes. He didn't start out well, but he closed very well and earned a third-place finish.

You can count on Golden Soul not being near the top finishers at the end of the race. Jockey-less for the time being, Golden Soul is only 23rd in the Kentucky Derby standings, with 14 points. 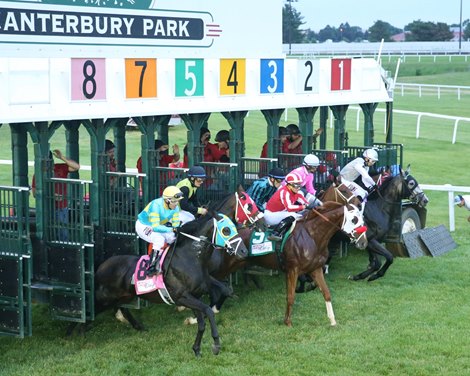 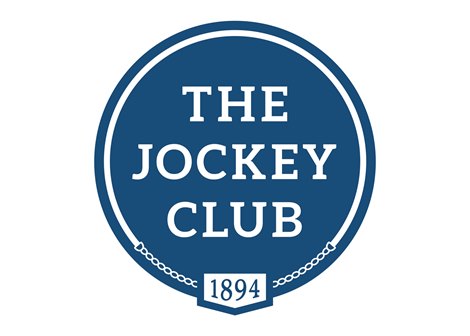