Ah, the H-back spot. In today's college football world the position has made somewhat of a resurgence. Made popular by Joe Gibbs during his Redskins days, under the current climate the H-back has taken on a whole new meaning as teams get better athletes and find ways to use them all over the field.

Full disclosure, while I will use H-back here, I'm a bigger fan of calling them an "F," "Flex" or a "Move" guy, but, H-back is the most popular term and that's what we shall roll with.

The H-back, depending upon your system, has two very different purposes. In the power based game, teams like Alabama use their H-back as another blocker. An homage, of sorts, to the second lead guy in the Power-I formation. Yes, guys like Kelly Johnson have caught passes, but in general, their role is that of a second fullback, a guy who can help keep a punishing run game going.

A lot of teams go with extra, off the line, tight ends in goal line and short yardage. They are part of their "big" packages and have been for quite awhile.

Those practices, both in a power philosophy and in short down and distance scenarios, are the classical norm. Teams have been doing that for years and likely will continue to use their extra tight ends and fullbacks as such. However, what we're seeing now thanks to a combination of the spread, a creative push to generate mismatches and better athletes, we're seeing the position grow in the role that it plays.

With the spread we are seeing teams that don't need the true to form tight end, rather, they need a player that is athletic enough to be versatile in their formations. A player that can put his hand on the line and block zone, lineup in the backfield to catch a shovel pass and flex outside of the tackle box to beat a linebacker in coverage; all on the same series of downs.

By having that versatility in a player, instead of the old school blocking tight end, they are able to substitute less while creating more diverse looks for a defense to counter, all while pushing the tempo.

And it works great, because ultimately it allows teams to run a multitude of simple concepts from formations that look wildly different, all to obtain the same result. Plus, because the formations look different to the defense, you end up with different match-ups, different spacing and different angles.

However, the spread does not have a monopoly on using the H-back in addition to the tight end. Pro styled teams, most notably Stanford, have also found a way to use the H-back as more than just a blocker.

Unlike the spread, which makes use of players that tend to be smaller than traditional tight ends, the Cardinal have legit, full-sized tight ends playing the H-back spot in various formations. Coby Fleener, Zach Ertz and Levine Toilolo, in the last few seasons in Palo Alto, have lined up on the line, off the line and split out wide, in the same fashion as their spread counterparts.

Whether you're looking at the monsters out at Stanford, or the likes of Orson Charles who was at Georgia, Tyler Eifert at Notre Dame and Eric Ebron at UNC, the athletes at the tight end position, today, are top flight guys. There are more of these elite athletes playing the position than ever before, and because of the options they present, the H-back spot has grown in prominence.

You see, ultimately, the H-back position is not as static as the ideal of tackle or guard, or even quarterback, for that matter. The players who do H-back "things" play tight end and they do fullback "stuff" as well. Tyler Eifert's a tight end on the roster, but when you see him flex out wide or go in motion behind the line, those are H-back things.

The same goes for other players being used in similar fashion. It does not matter if you check Auburn, or Alabama, or Oregon or North Carolina's roster, all of these guys are listed as tight ends. They just happen to be able to give you more than what the position entails in the traditional sense.

When a team gets a guy that is too fast for a linebacker to cover one-on-one and too big for defensive backs to control, you've got a player that you want in more than just the traditional tight end's role. Especially since defenses align to personnel.

A team might have 21-personnel, two running backs and a tight end, in the game, but because of the versatility of backs and the tight ends, they can go four-wide or even empty sets.

Defenses, because of personnel groupings, remain in base people, while the offense gains an advantage by spreading the defense out and forcing them to play on the offensive coordinator's terms. That means linebackers in space and forced to cover backs and more athletic tight ends.

At its essence in today's college football world, the H-back is simply a new weapon. A great way for offensive minds to take a tight end and make him more than just that. It's an evolution, the removal of the "or" from the fullback and tight ends job and replacing it with an "and." Much in the way quarterbacks like Johnny Manziel, Robert Griffin III and Tajh Boyd are changing their position from a run "or" pass QB, to a run "and" pass QB.

LOCKED ON AUBURN: Some Good and Bad News for Auburn Football 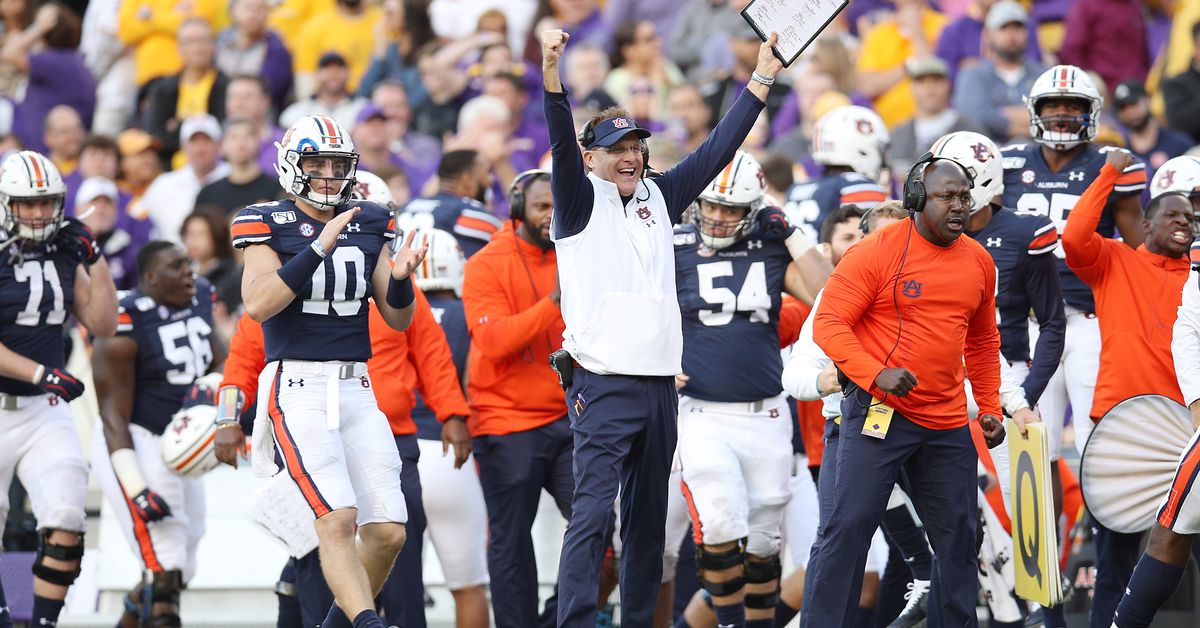 LOCKED ON AUBURN: Some Good and Bad News for Auburn Football

zblackerby
via College and Magnolia 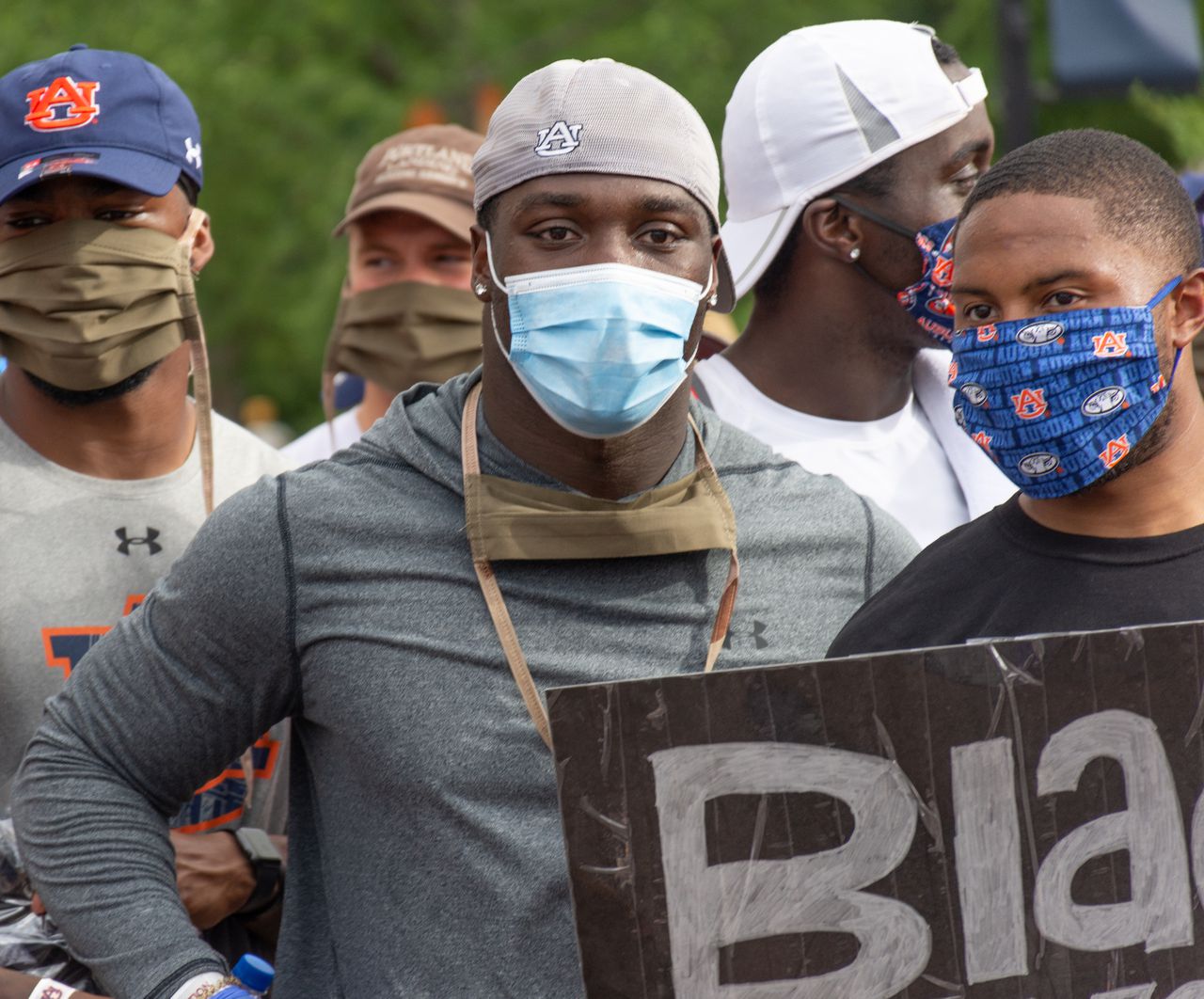