Give Boise State some credit.  The Broncos went for it.  They swung for the fences by doubling down on a conference half a world away, and they did it at a time of great chaos and uncertainty.  The school showed guts.

But with the Big East and its big television dollars crumbling around them, it’s time for Boise State to recognize a risky move gone bad.  The writing is on the wall, and the Big East merry-go-round is looking like a thatched roof hut in the path of a hurricane.

Going all-in on the Big East was like investing in the 1990s tech bubble.  A soaring conference poised for an epic television deal, the Big East had it all.  An automatic BCS berth.  Greater television exposure.  The promise of huge dividends for years to come.

With all that glitz, joining the party seemed like a no-brainer, and the university had the perfect cover for the otherwise risky move.

How could anyone fault Boise State for moving to a conference on the East Coast if it meant more money?  Everyone else was doing it.

But Boise State’s get-rich-quick endeavor covered a heap of questions with sparkling IOUs and a panicked “we-have-to-do-something” mantra.  Playing to a culture desperate for respect for its under-appreciated football program, the school lunged for money on the pretense of a fundamentally changed college-football landscape.

We were told by many that geographic rivals, fan travel and trash-talking alumni bases versed in conference members’ traditions were no longer important.  Instead, Boise State had to bow to television dollars and a lucrative trademark called the Big East or be left for dead.

We were also told that conferences were no longer important, and that the new college football paradigm meant joining with any available good teams, channeling Cuba Gooding Jr. and shouting “Show me the money!”

But behind the false prophets shouting, “Paradigm shift, save yourselves!” there was massive uncertainty.  The fact is that no one really understood what was happening in college football a year ago, and no one really knows what’s happening now.  Certainly no one knows what the landscape will look like in five years.

All we know is that smaller teams desperate for the security of major conferences like the Pac 12 and the Big 10 are making lottery-style bets on change and ignoring everything that used to matter.

Decades of solid conference growth built on fundamentals like shared interests, location and fan travel have literally been thrown out the window for the promise of an extra dollar.

For Boise State, the Big East move that looked so good on paper now looks like a circus—a revolving door of football and basketball teams with absolutely nothing to keep it together except paper contracts.

To be sure, some teams are coming to the Big East.  But just as many are paying to leave, with some staying longer just to collect those exit fees.  It’s sad to say, but the Big East isn’t the solid rock of a conference many hoped for.

For early entrants, the Big East’s scheme probably proved lucrative.  But for schools like Boise State, the bottom of the pyramid is proving ugly—at best, a run-down suburban ranch house far away from family and friends.  The big money is gone, and the once-stylish pyramid isn’t Egyptian.

Many lauded Boise State’s move to the Big East as a gutsy play with the potential to make Boise State rich.  But the fact is that Boise State is now the kid who chose his college based on which offered the most scholarship money, but never bothered to ask if the campus, people and dorm food were any good—or even existed year to year.

Thankfully, Boise State can still end this chaos with a simple course change.  And if the news reports are right, they’ll do just that by selling the Big East and investing in a mutual fund like the Mountain West or an equivalent new conference.

Those paradigm-shift howlers have been telling fans that Boise State’s future hinges on a yearly money chase with pride-swallowing requests to join major conferences at every turn.  But if Boise State chooses wisely, it can realize its potential as a leading program capable of anchoring a fundamentally sound and geographically minded conference.

At this time, and in this market, that’s the risk worth taking.

Bob Firpo is an attorney and freelance sports and outdoors writer.  He lives in Boise, Idaho.  Follow him @knockingitout 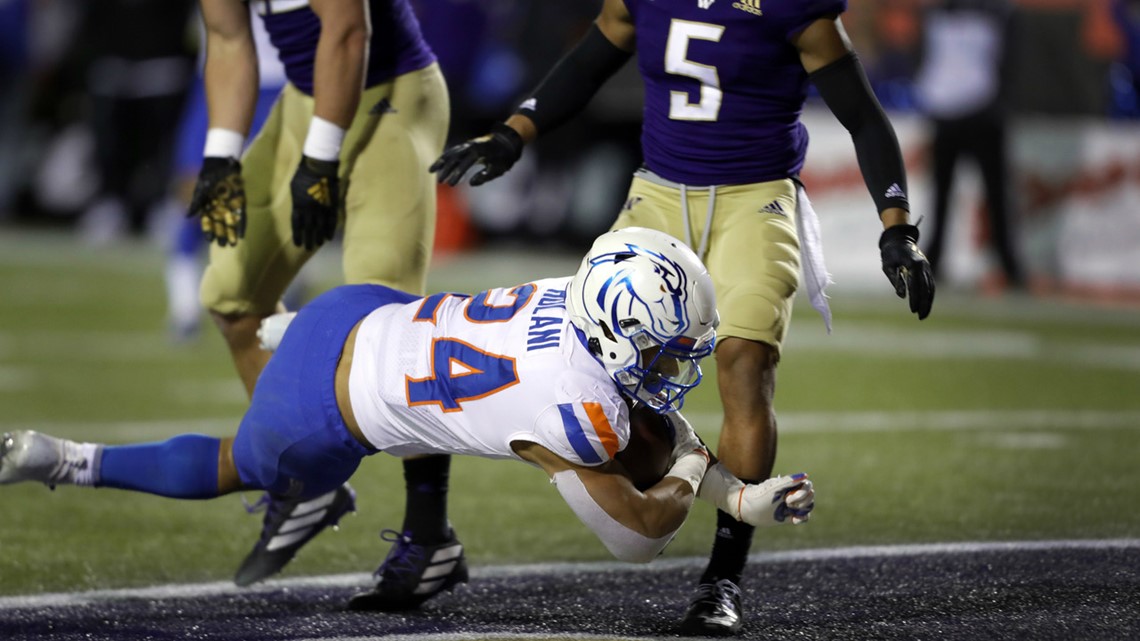