There are plenty of great matchups this week in college basketball, but only one of them will contain a head coach chasing history.

Syracuse Orange head coach Jim Boeheim won his 899th game on Saturday against Canisius and will be looking to eclipse the iconic 900-win mark at the Carrier Dome on Monday night.

With a win on Monday, Boeheim will join Mike Krzyzewski and Bob Knight as the only Division I Men's Basketball coaches to reach the 900-win mark.

In the women's game, Judy Conradt and Pat Summit are the only two coaches to win over 900 games.

The 9-0 Orange have only gone on the road twice in nonconference play, with San Diego State being their most difficult opponent.

As always, Boeheim has scheduled plenty of weak opponents to boost the confidence of his team before Big East play begins.

Through their first nine games, the Orange rank third in the nation in points (84.7 per game), led by Brandon Triche with an average of 15.3 points per game.

The Orange are also third in the nation in rebounds and assists per game.

The breakout star for Boeheim's team this season has been sophomore Michael Carter-Williams.

Carter-Williams has scored in double digits seven times this season, and scored a season-high 17 points against San Diego State and Arkansas.

The Orange also have plenty of experienced players on their roster, led by seniors Triche and James Southerland.

Detroit are coming into Monday night's game with a 6-4 record and on a four-game winning streak.

The Titans' roster contains one of the best guards in the country in junior Ray McCallum.

McCallum does not have the supporting cast at Detroit that any of the other top guards in the nation have, and that may be something that helps him towards the end of the season when individual performances are rewarded with postseason awards.

The only question about Syracuse on Monday will be how many points they win by.

On a historic occasion in front of a home crowd and a national viewing audience, Boeheim should become the fifth coach in NCAA Division I Basketball history to win 900 games.

CBB Games You Should Rewatch ⏪

Ten of the most highlight-worthy contests from this past year

CBB Games You Should Rewatch ⏪

On this date: Syracuse’s zone defense puts the clamps on No. 1 seed Indiana 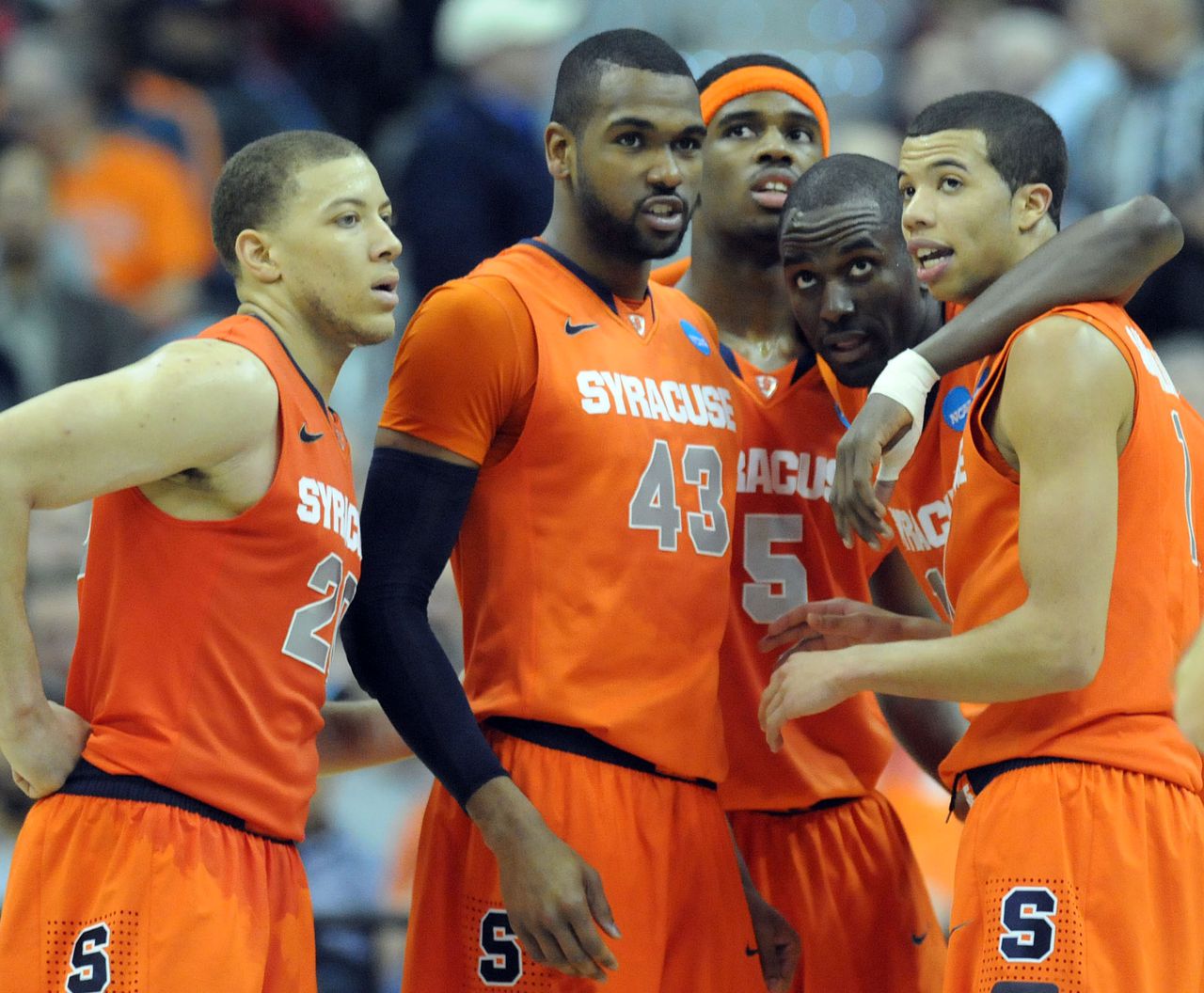 On this date: Syracuse’s zone defense puts the clamps on No. 1 seed Indiana